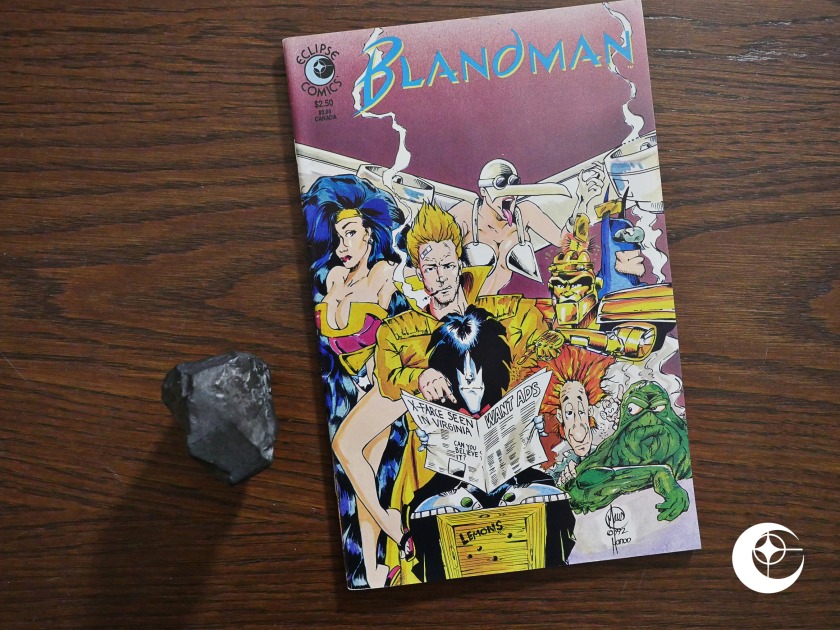 Maus and Hanon were the art team behind the less-than-fabulous X-Farce book Eclipse had published earlier that year. 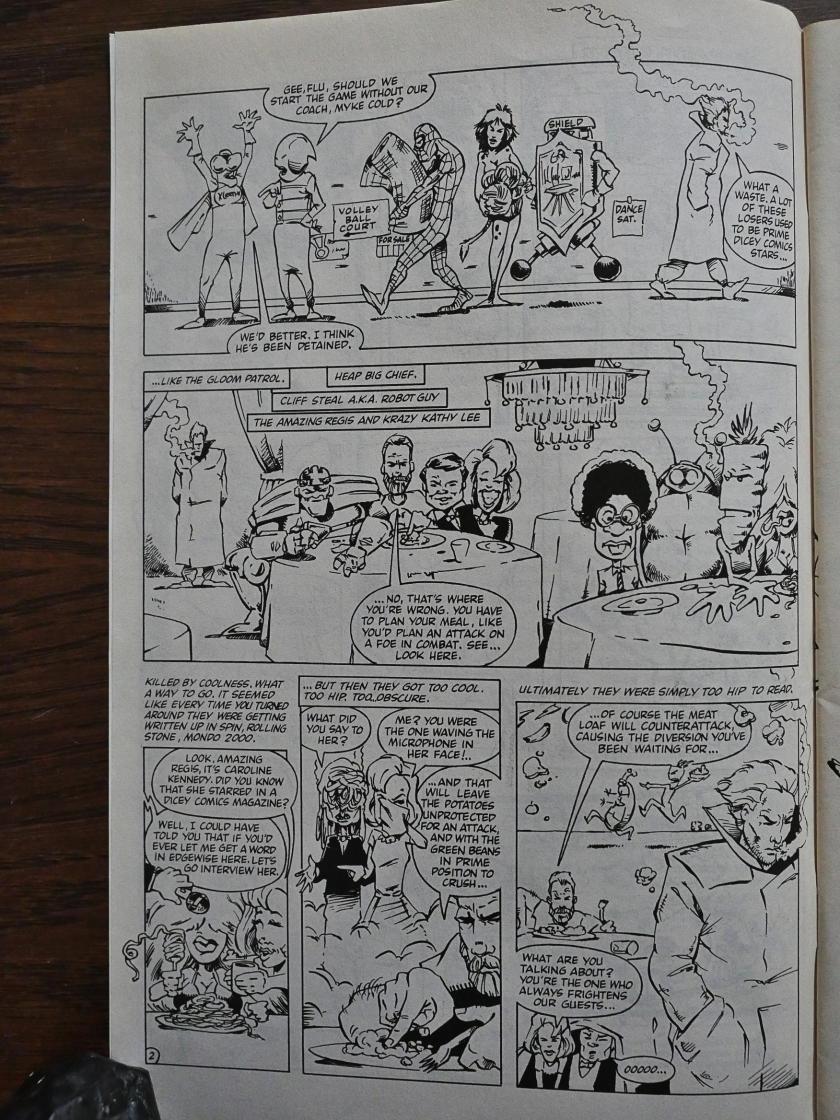 The artwork’s pretty much the same… kinda spindly and with very little contrast between the characters and the background, making each page somewhat indistinct. Especially with all the text floating around. 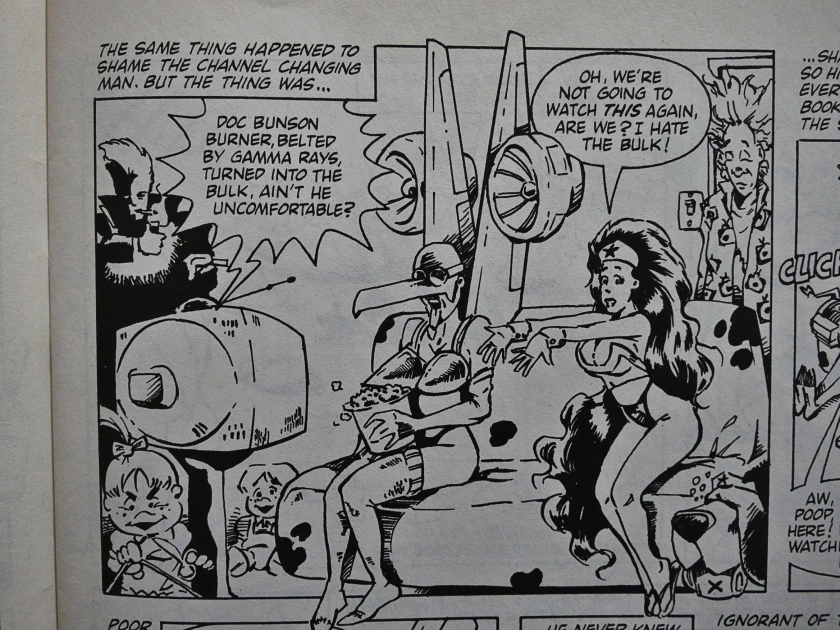 “Blandman” is a reference to Sandman, and this book isn’t, to my delight, a straight-up parody of Sandman, but instead a rather high concept meta story: The Vertigo comics were selling less, so DC Comics had put them in a home. To get out of there, they have to increase their sales, so all the characters set out on various quests. 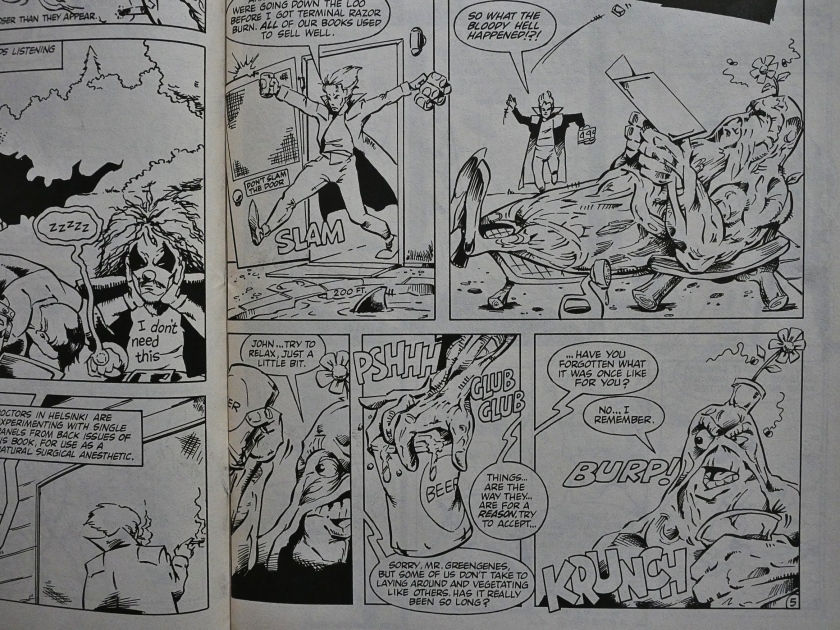 And to my surprise, I found the whole thing rather amusing. I mean, I didn’t roll around on the floor and laugh until I threw up or anything, but it’s well done. And Schiller manages to get some pretty good digs in at a lot of people, like the Image creators and the British invasion. 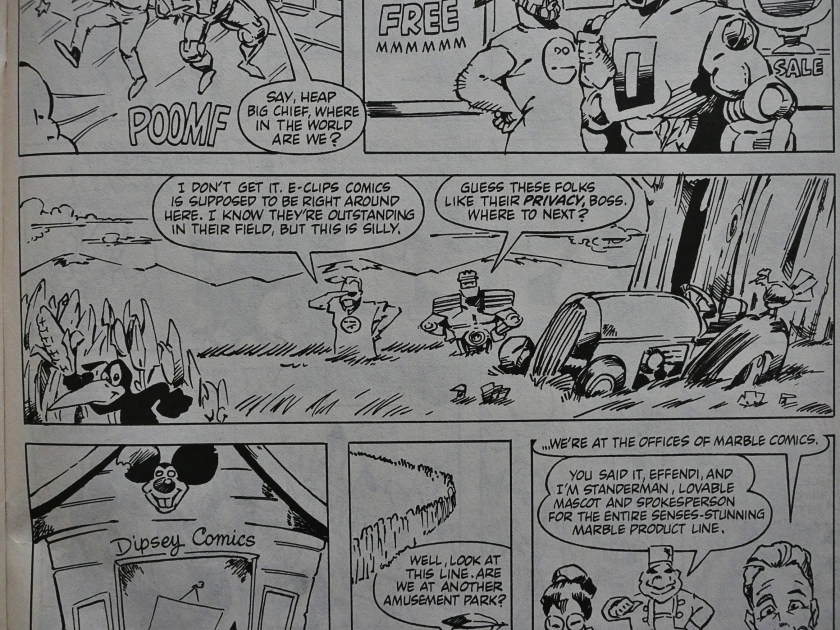 The characters even visit Eclipse, but they turn out to be outstanding in their field. 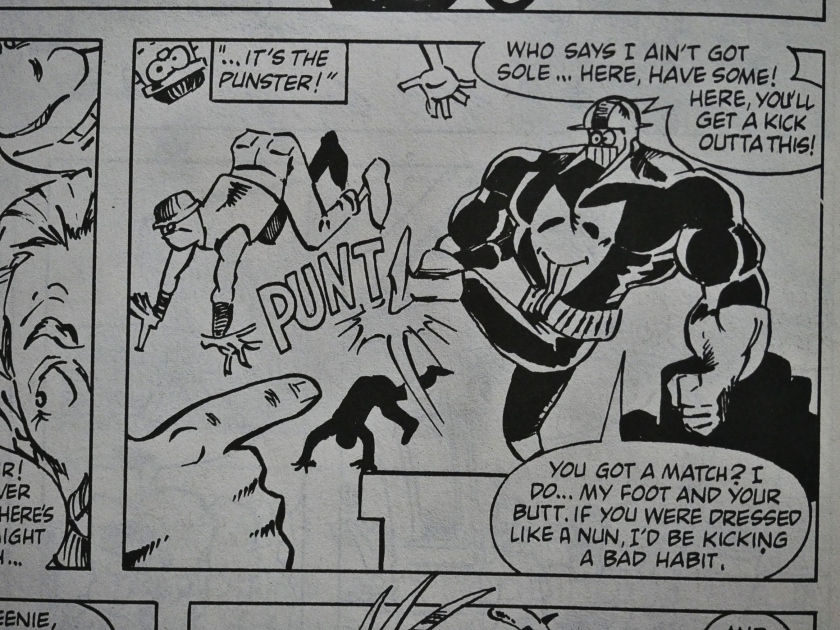 The Punster! Sorry, those are bad jokes, but they’re perfect in context. 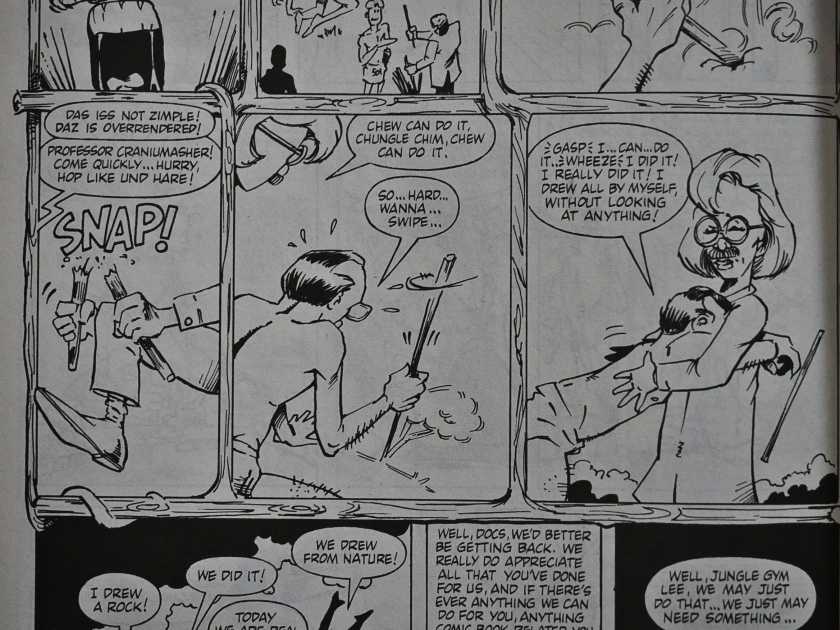 And Jim Lee (I think) learns how to draw without over-rendering.

Not everybody agreed that this was an amusing book:

29. Blandman (Eclipse, 1992) DUD Writer: Fred Schiller/Artists: Bill Maus & Bob Hanon How the mighty had fallen – in the mid-80s, Eclipse produced groundbreaking titles like Miracleman. By 1992, they were vomiting out shitty Vertigo parodies like this. Godawful in-jokes (and not funny ones either). Horrible in every way.

This comic doesn’t seem to have ever been reprinted. 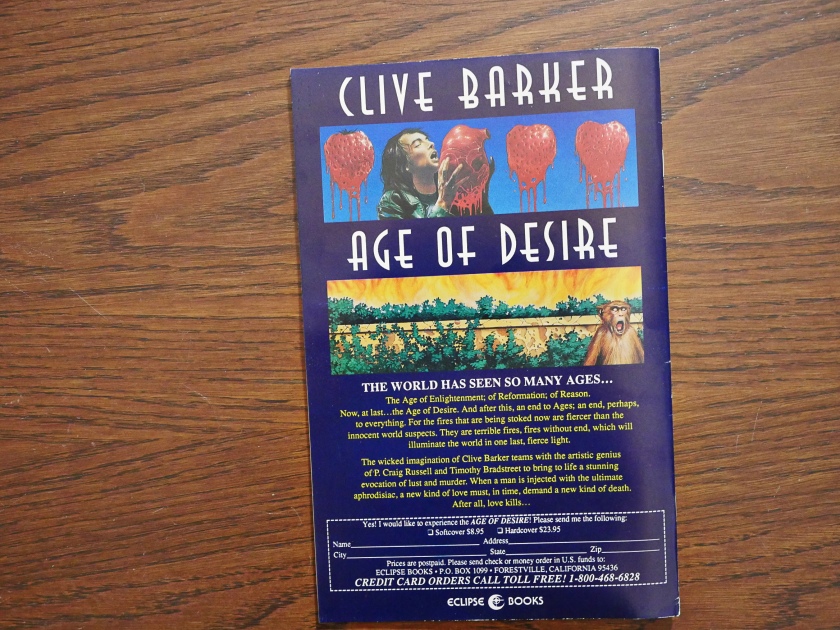 Huh. That’s an ad for the P. Craig Russell adaptation that was never published, and that Russell said “was the most distressing episode Of [his] 20-year career”. It was never published by Eclipse, because Eclipse removed him from the project (by request from Clive Barker, apparently) and hired another artist. But that wasn’t published either, because Eclipse went bankrupt. So seeing them take orders for the book, without even mentioning that it’s not even made yet, kinda makes you go “hmm”.

In 2009, another publisher combined the two artists’ artwork somehow and published the result. I haven’t read it.