From the title, I thought this was going to be a collection of paper dolls from various comic books, but the “comics” here refer to comic strips.

I bought my copy used, and it’s apparently a review copy. But I can’t make out the text on top. “PDN Sejd/och”?

Anyway, in the introduction Robbins explains the concept: Newspapers used to run paper dolls in the comics section.

Oh, I see! Every other page has paper dolls, and the other half has a very brief article about the comic strip in question. So you can cut paper dolls out of this comic to your heart’s delight; you won’t miss any of them.

Of course we have strips like Brenda Starr making an appearance. 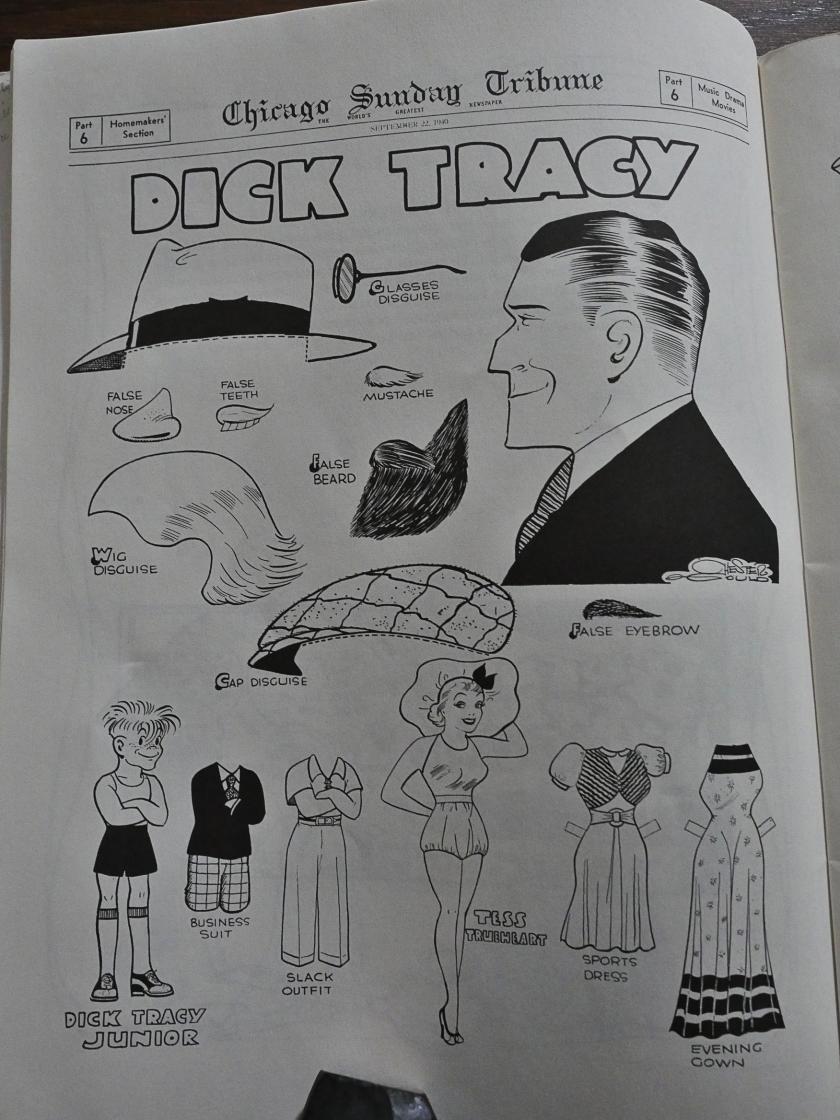 But also Dick Tracy, who has cut-out disguises that you can… glue to Dick’s face? Because he’s forgotten to draw in those tabs.

But what Robbins said in the introduction about “an earlier and simpler” time… May, perhaps, the reason the newspapers were so keen on printing these paper doll pages be that they wanted to print some easy cheesecake and beefcake? And the outfits might perhaps be secondary?

Perhaps that’s just me coming from a later and more complicated time.