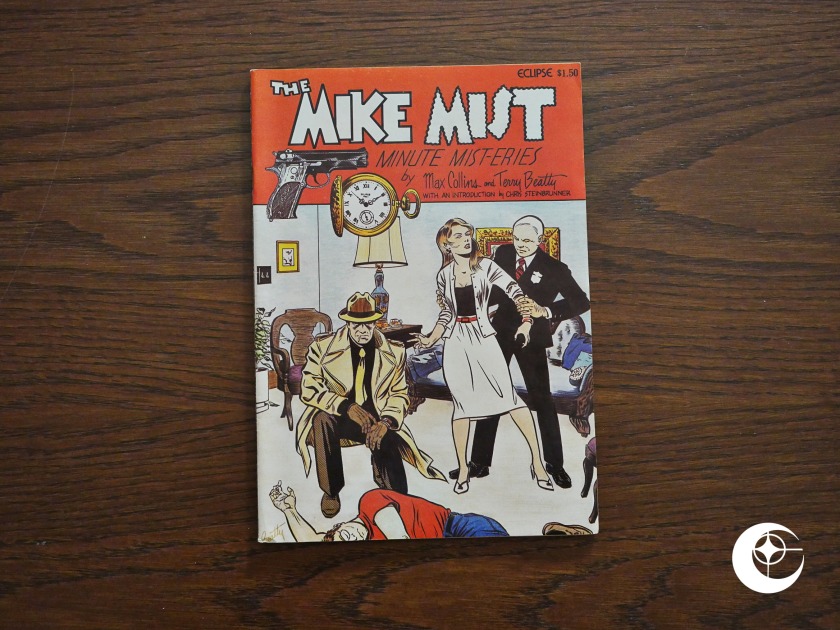 And it’s a puzzling thing for Eclipse to publish (apart from the mystery of whether it’s “minute” as in the time unit or whether these are really small mysteries. Like that minute maid). It’s a reprint of portions of Collons’ self-syndicated newspaper comics page, and they are, indeed, small mysteries where you have to turn the page over to read the solution. Did you guess it? Here, I’ll help, so you don’t have to turn that phone 180 degrees: 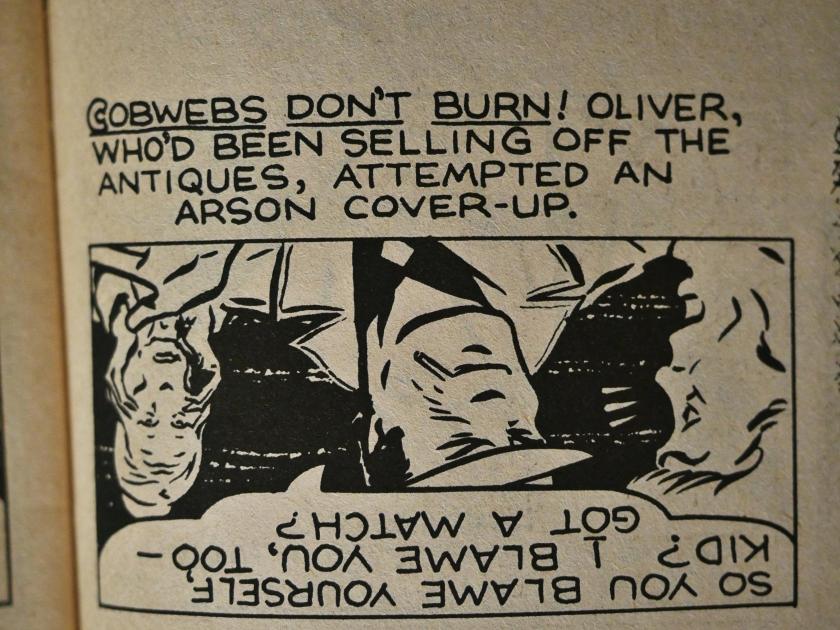 Half of these mysteries rely on “external knowledge” like that, and…

… the other half have all of the clues in the strip itself. 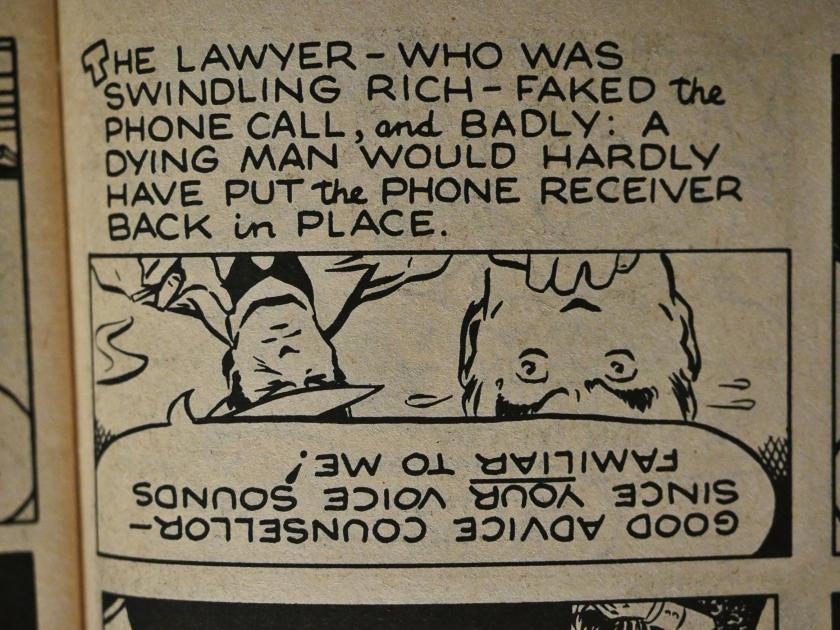 But… but… even so, why is the lawyer the culprit here anyway?

(Beatty’s artwork isn’t as stuff as it would later become, I think. It has a slightly cartooney feel that he’d shed later.)

As the strips progress, they become increasingly obscure: 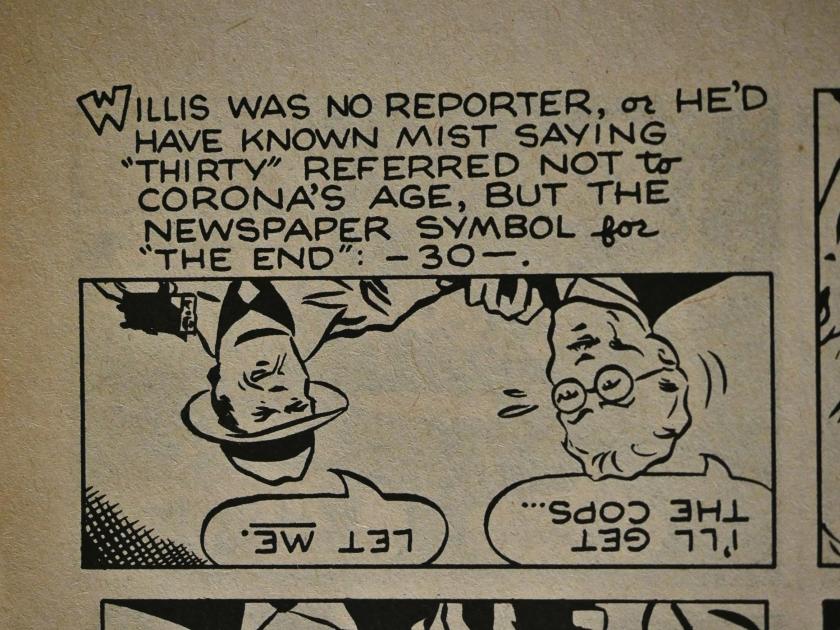 Yes. Thirty a page. If this is what counts as evidence in the US, that explains a lot.

A couple of complete comics pages are also reprinted here, and as Collins says in the introduction, the Minute Mist-eries are the best of the bunch!

Avert your eyes from the rest! Avert! Horrors within!

Oh, Collins doesn’t even know whether the cobweb thing is real…

But what did The Comics Journal think?

The Mike Mist Minute Mist-Eries is a mediocre work manufactured by two men of mediocre talent. As such, it should be ignored.

Collins and Beatty went on to publish Ms. Tree through Eclipse, as we’ll see later in this blog, unfortunately…