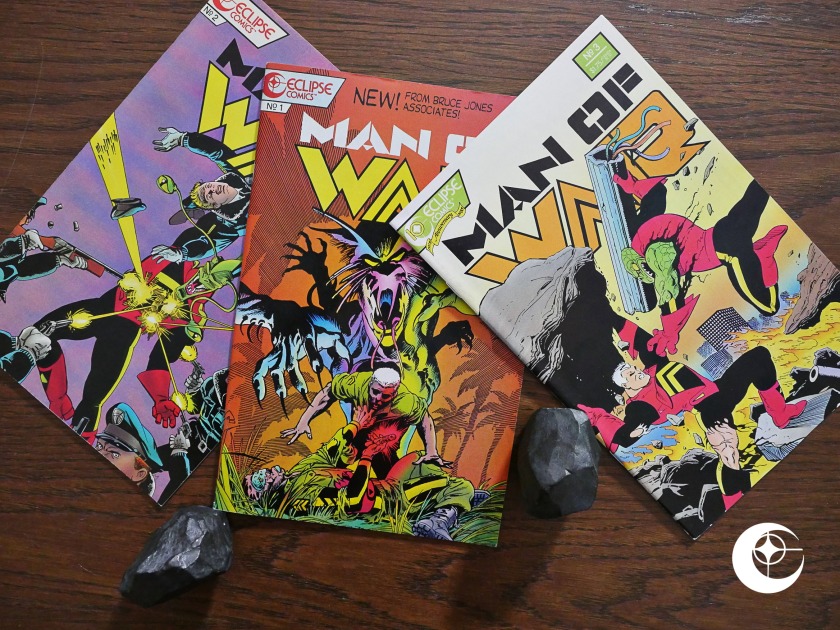 This wasn’t announced as a mini-series, but since it’s a Bruce Jones series, and he has a tendency to write smaller, complete stories, I assumed it wasn’t meant as a continuing story. 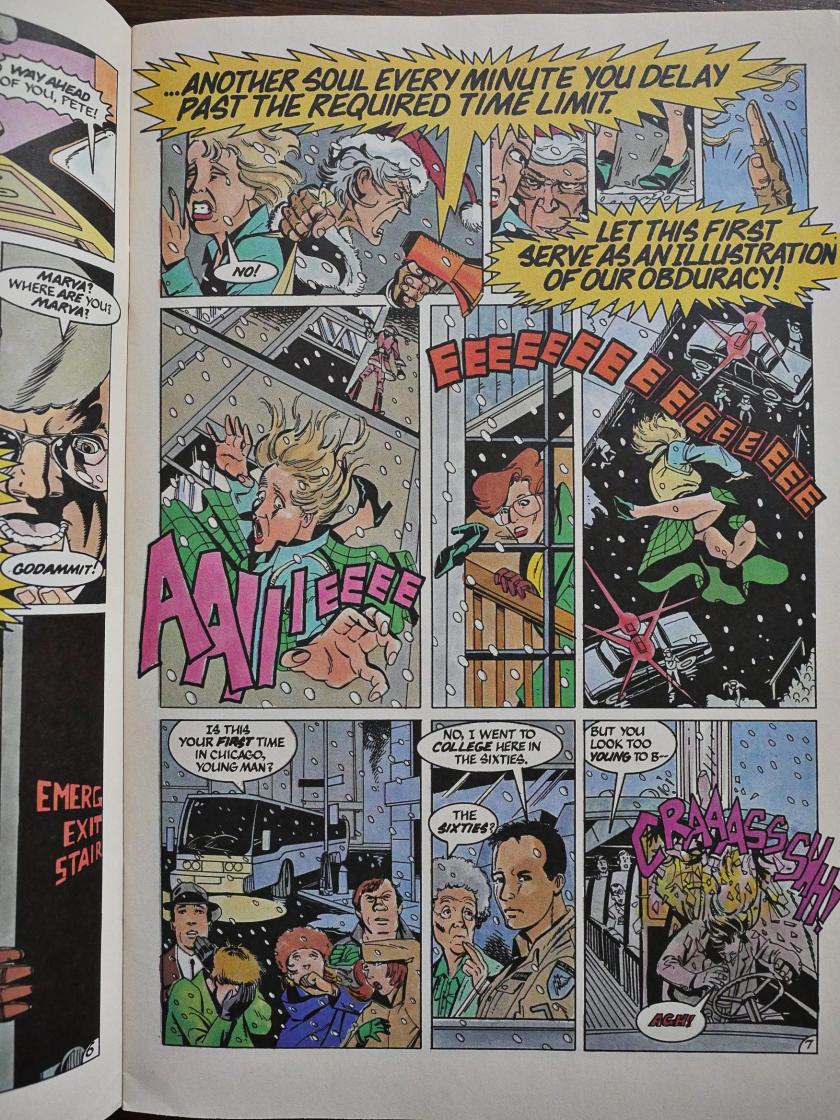 It’s Bruce Jones, so there’s at least a couple of screaming, pleading women being killed each issue.

But Jones also does the strong female character bit, so I guess it evens out?

The series starts off as one thing… 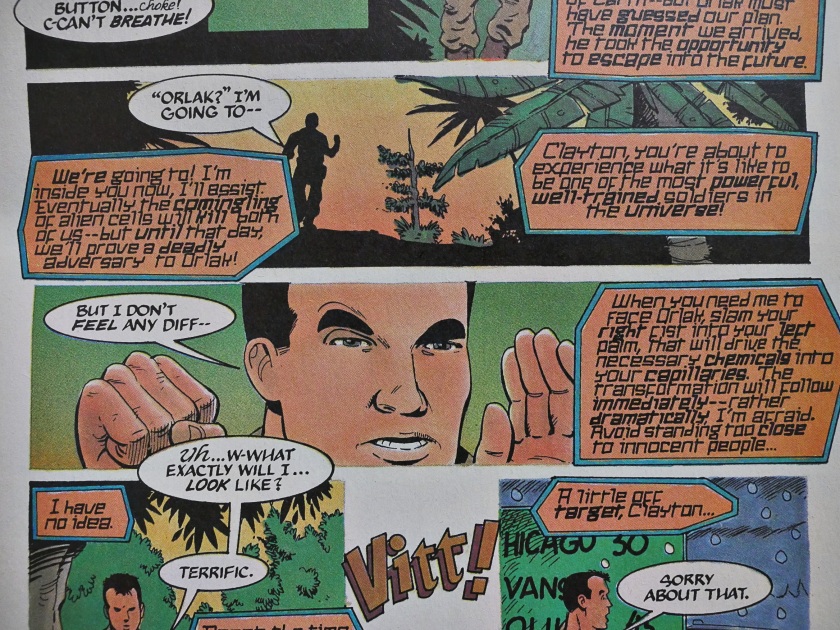 … and then suddenly we’re in sci-fi land with time travel, aliens, super-heroes and exposition. So. Much. Exposition. Jones is usually better than this. 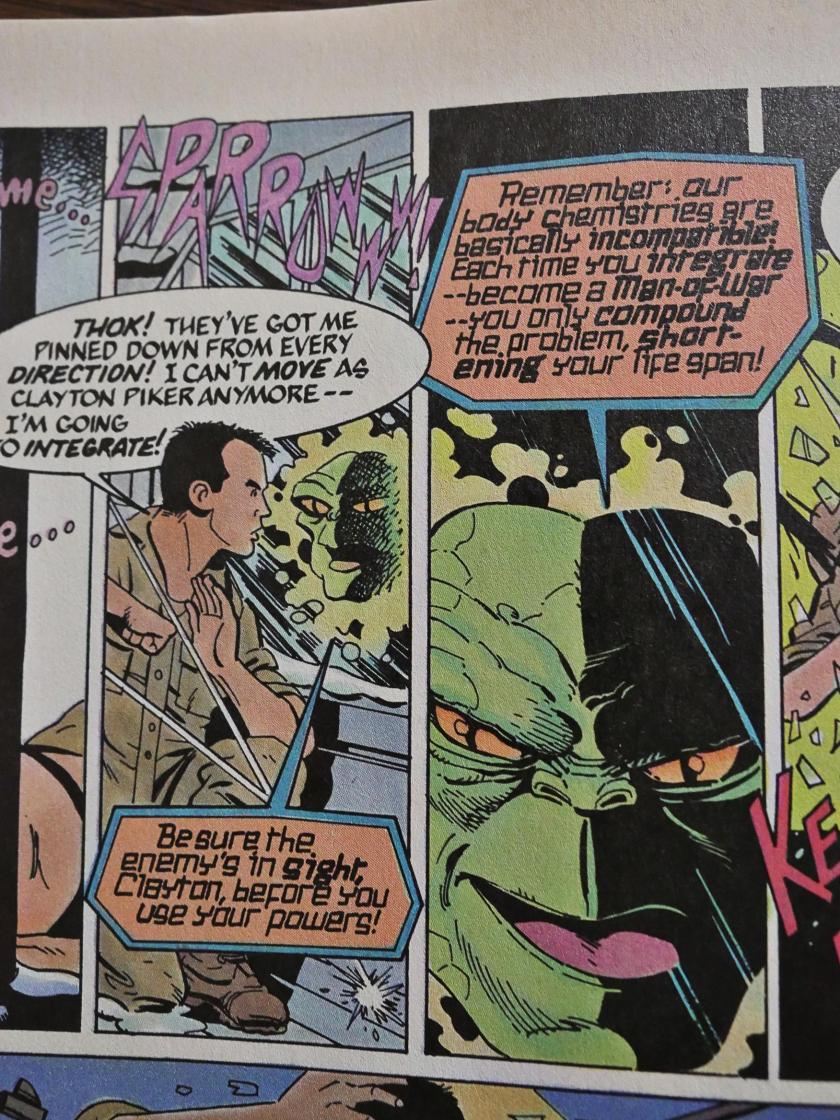 Jones apparently sets up a very TV-series like structure: Our Hero can change into a super-powered body, but every time he does, it brings him closer do death! Gasp! It’s cannot be! But you can totally see that as the plot of an 80s sci-fi TV series, right? Every week he goes to a new town and saves somebody and grapples with his mortality.

Jones tried to get into the TV biz, I think, so I wonder whether that’s from a TV pitch. 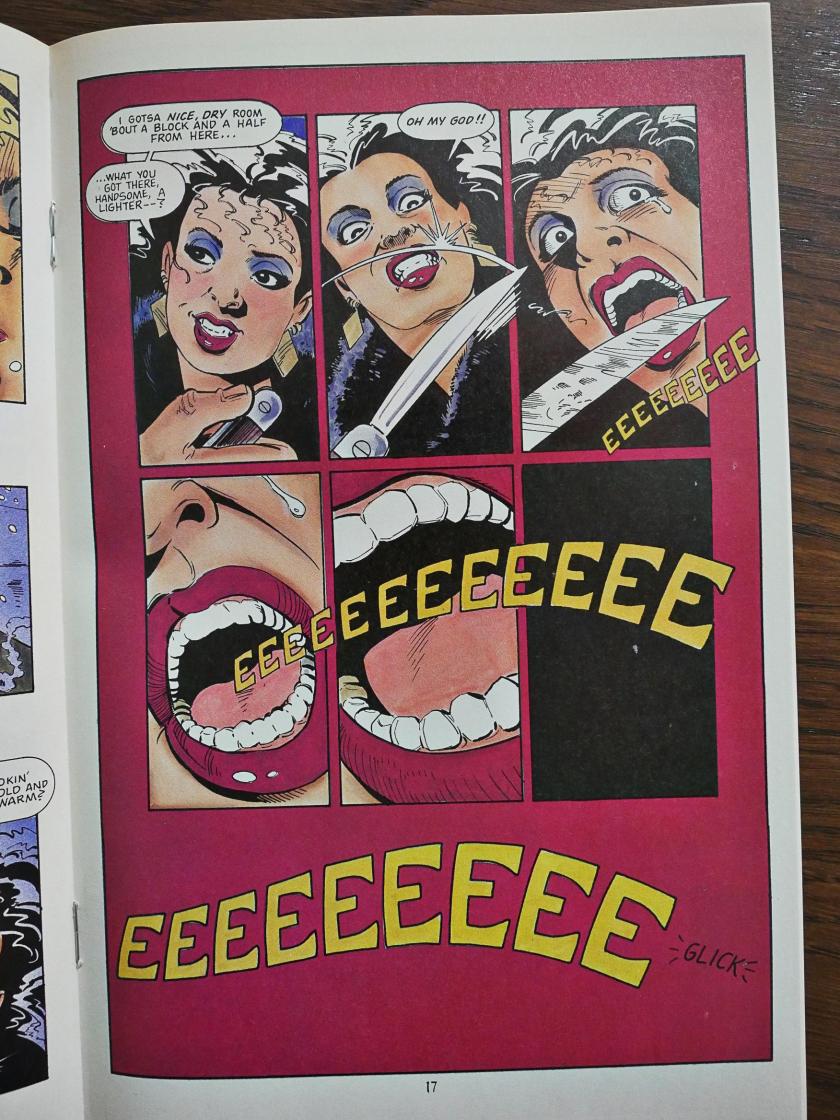 But, of course, this is a three issue comic book, so we don’t get the travel-from-city-to-city bit. Instead we get a pretty much irrelevant Jack the Ripper sub plot.

I haven’t really said anything about Rick Burchett’s artwork, because there isn’t really that much to say, I think? It’s above average “realistic” standard US mid-80s mainstream comic book art. It reads fine, but it’s not very exciting. I like the difference between the hapless version of Our Hero and the heroic version.

Oh, so topical. Reagan and Gorbachev.

And I guessed right: The third issue wraps up the storyline pretty well and ends on a pretty amusing note. But getting there was sometimes pretty painful, even if individual scenes were fun.

Man of War has never been reprinted or collected, and I can definitely see why. But it’s OK.