The Rime of the Ancient Mariner (1989) adapted by Hunt Emerson from a poem by Samuel Taylor Coleridge.

Eclipse published a number of books around this time that were imports from the UK. 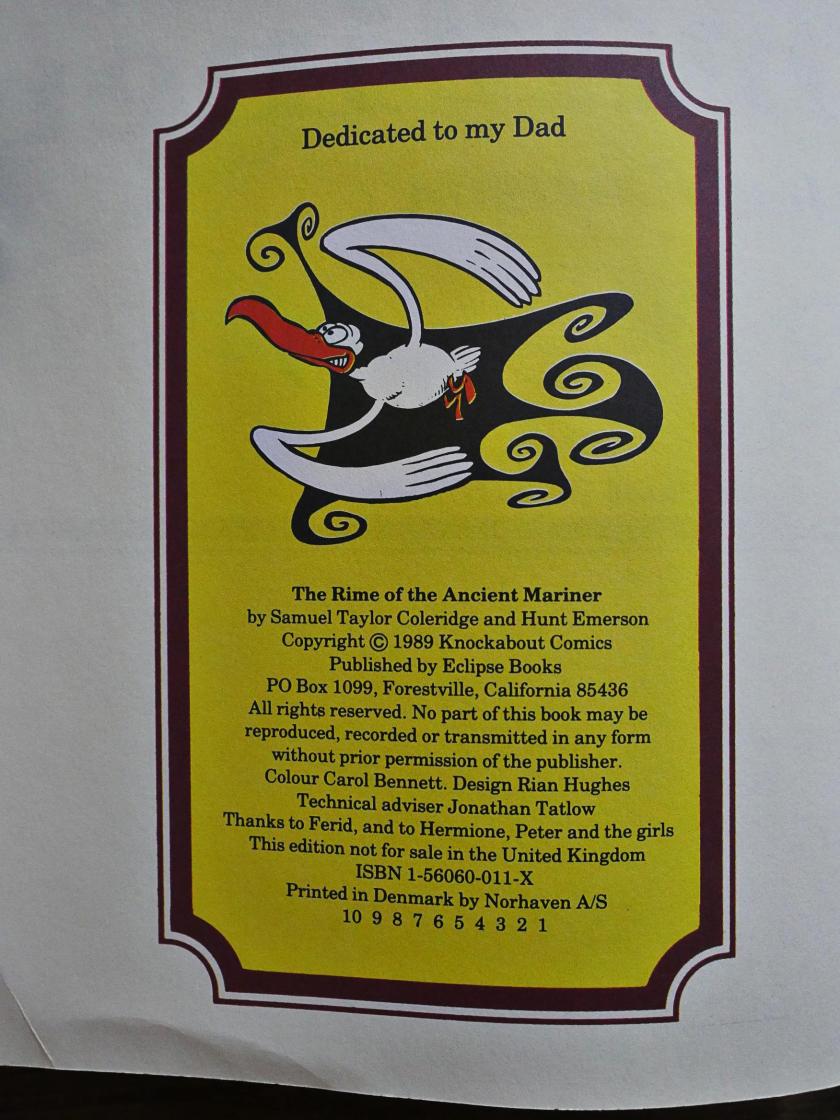 This is apparently one of them: It says “this edition is not for sale in the United Kingdom”, which I take to mean that Knockabout published the same book in the UK, and probably not a lot was changed except some logos and the indicia. It’s even printed in Denmark. 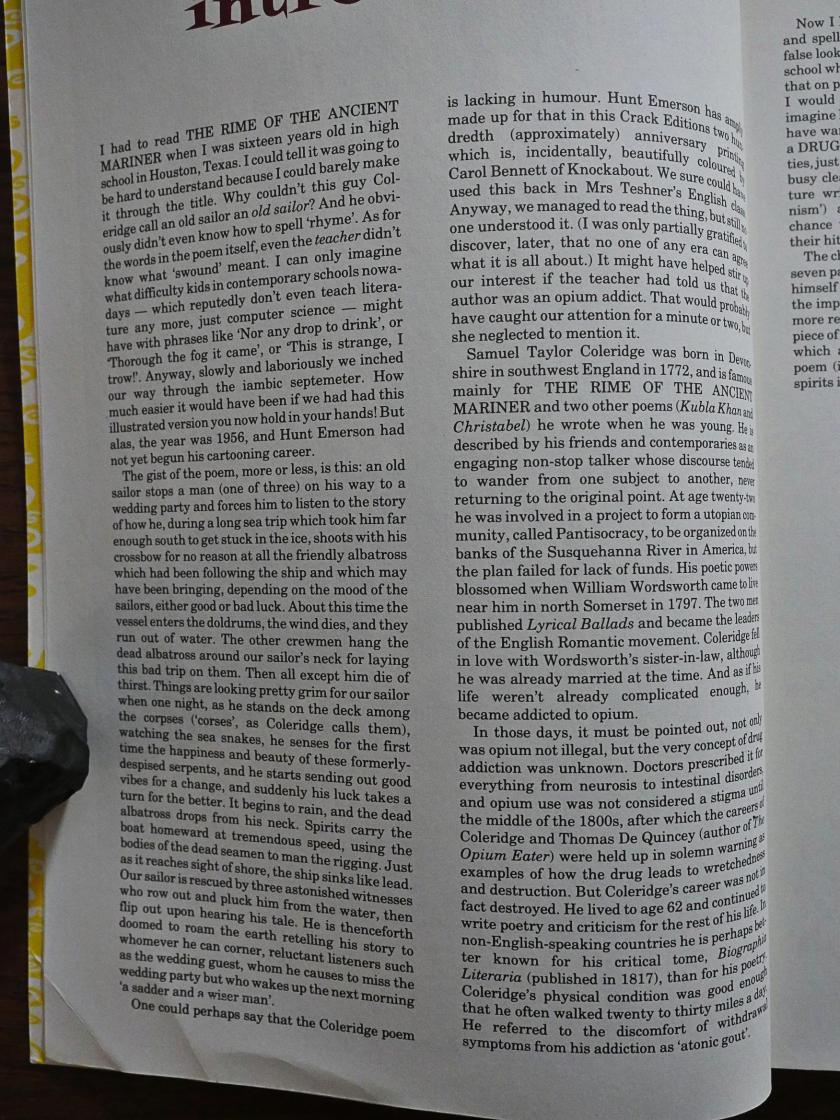 Gilbert Sheldon does the introduction, and gives a plot summary of the poem, which I, of course, skipped. No spoilers!

I mean, either you know the poem (and in which case you don’t need to read a plot summary before you read the adaptation), or you don’t, and you still don’t want that. Weird choice. 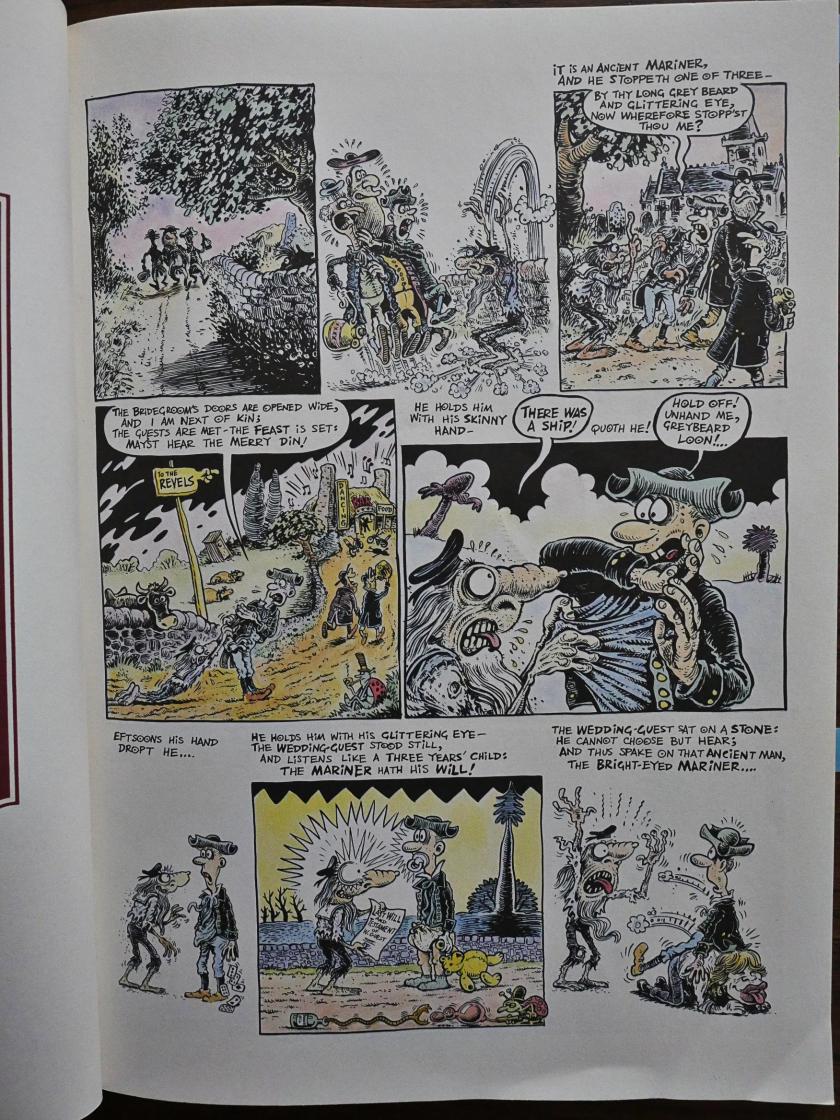 But this is a very funny book. Emerson’s main schtick is to take the words from the poem and illustrate them literally. Emerson’s artwork is just so organically funny anyway that even if this could be totes cornball, I think it’s just totes hilaire. 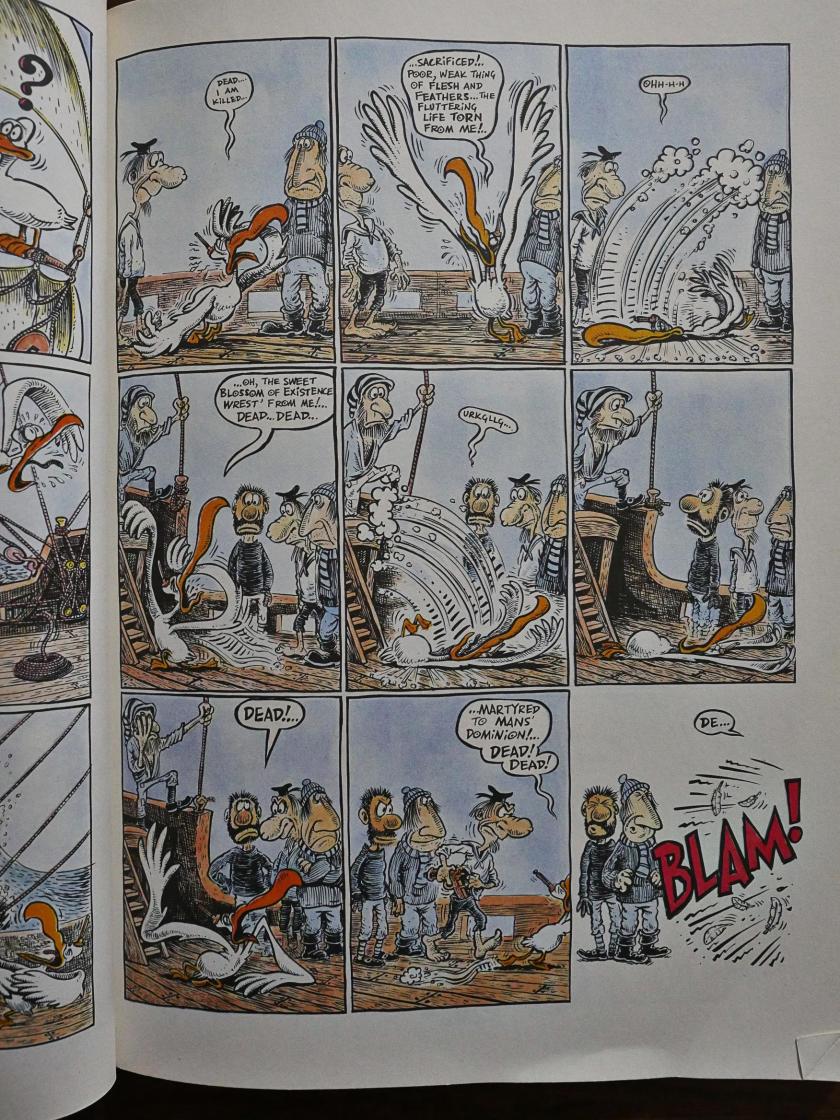 But he has more tricks up his sleeve than that, though. There’s the slapstick bits with physical comedy… 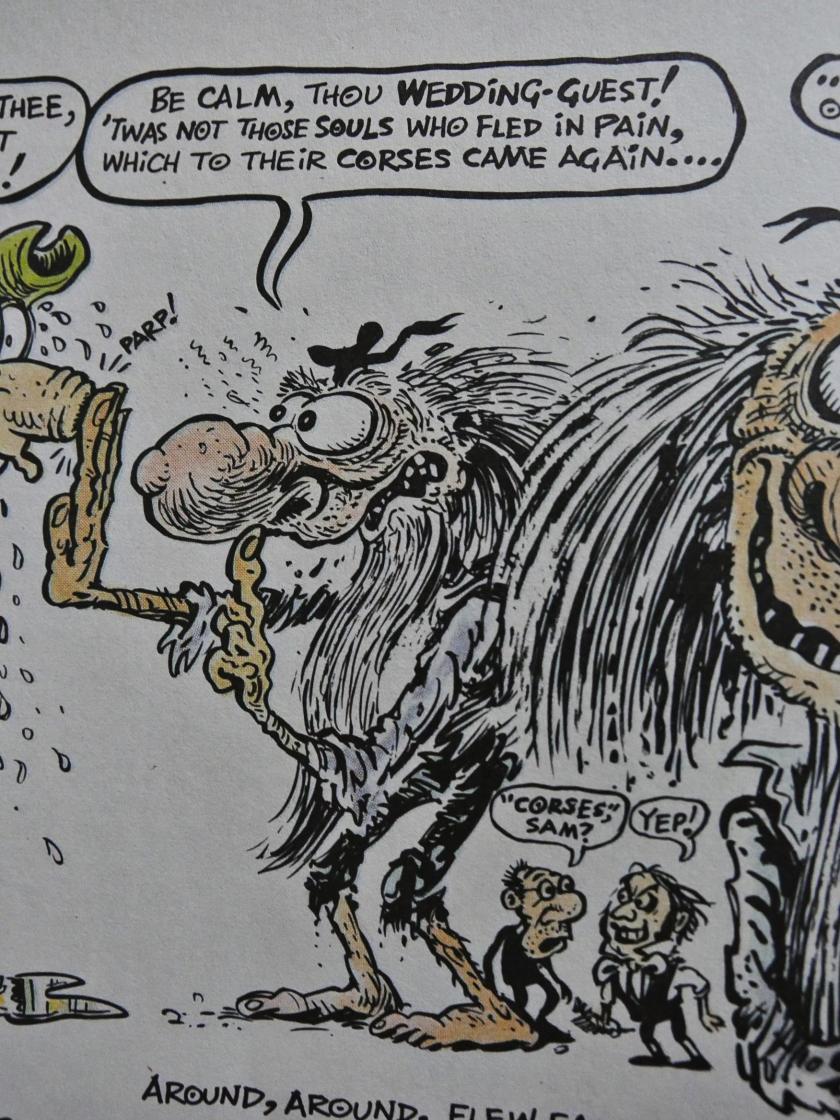 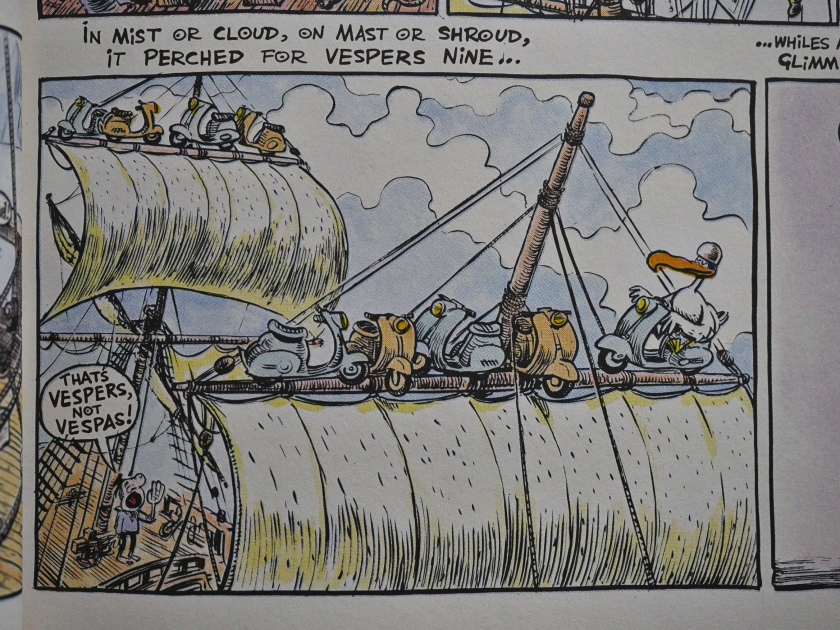 And he explains the entire concept behind the plot with these four panels: It’s just like Krazy Kat. The albatross is Krazy, the Mariner is Ignatz and the Sea Spirit Guy is Offisa Pup.

This is the first Knockabout/Eclipse co-publication, I think, and I think it was a one-off… unless I’ve forgotten any in the books to come up later in this blog series. (I think we’ve just got 10% of the Eclipse output left to get through now. *phew*)

So what did the critics think?

If you’re really looking for a good literary adaptation, then look for Hunt Emerson’s version of The Rime of the Ancient Mariner, part of Eclipse’s expanding non-garbage line. The thing that made Emerson’s version of lady Chatterly’s Lover so wonderful was that he satirized both Lawrence’s targets and Lawrence himself. As this is a lampoon in the style of the old MAD, when Kurtzman couldn’t come up with a story and just let Jack Davis loose on a poem, you don’t get that kind of double satire, but it is still a delight. Like Robert Crumb’s adaptations, it’s not an attempt to recreate someone else’s work, it’s the cartoonist showing what he feels about the work, and what it means to him. As outrageous as the lampoon is, by the end you will by God have read The Rime of the Ancient Mariner, and you will find just how much of Coleridge’s vision can survive the most violent hammering.