Eclipse had published a lot of John Bolton stories before, but mostly in anthologies. There’s just one previous collection: The Halls of Horror floppy some years earlier. 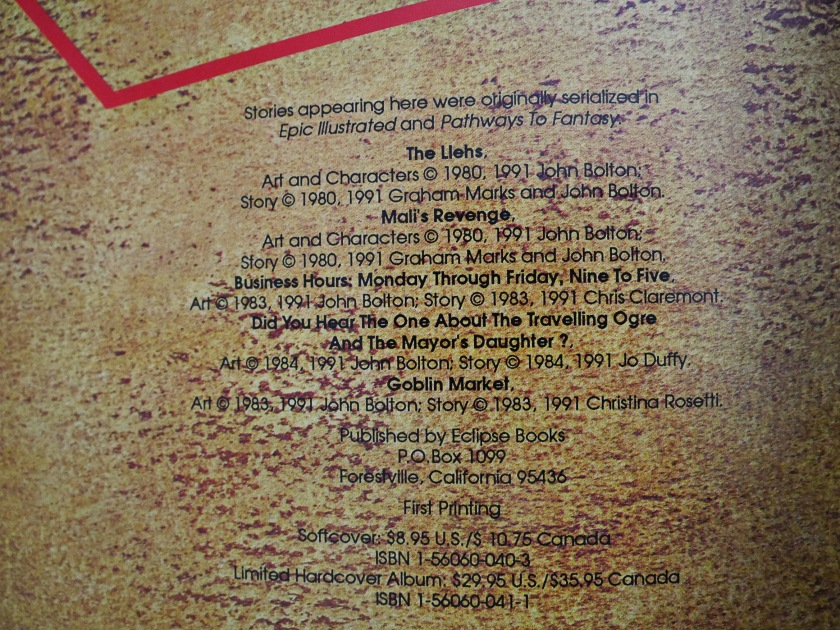 This is a 48 page album and reprints stories from Epic Magazine and Pathways to Fantasy, so we’re talking early 80s. The indicia page is all there is of credits in this thing, so who the authors to these pieces are isn’t exactly stressed. 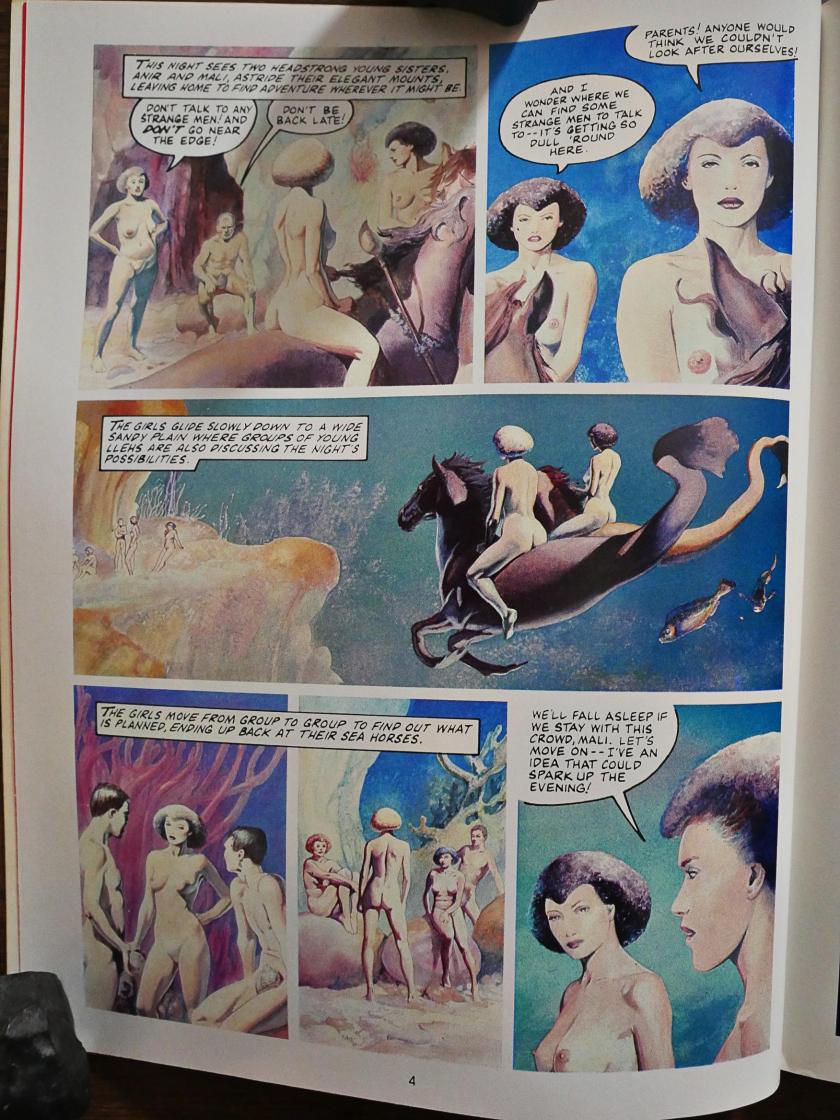 Graham Marks writes this little mermaid thing that starts off funny enough, has some interesting twists along the way, but then ends on a very sour note. I remember this from when I was a teenager, actually…

Jo Duffy wrote the best bit in the book, I think, about ogres and rebellion and stuff. 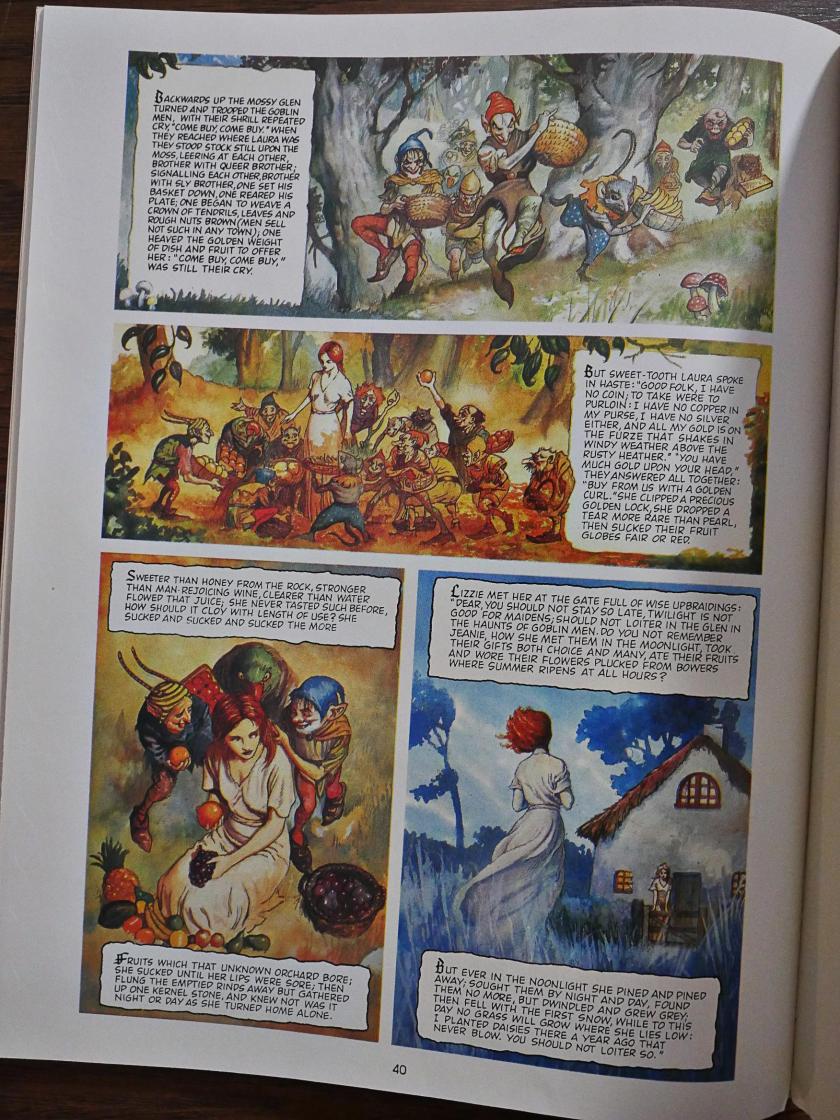 The first three stories were very… slight, I guess you could say. The main attraction is the art, no doubt. Christina Rosetti writes the fourth and last story, and it’s the one that feels most worked out, and not just because there’s like more words. It’s a proper fairy tale with ups and downs and drama and a heroic ending. I wonder whether it’s adapted from a short story?

And that’s it. The cover made it seem like this was going to be a heftier, more serious book, but it’s not bad for what it is. You get 46 pages of great, lush John Bolton artwork, and some fun stories to boot.

I’m unable to find any signs of anybody ever reading this collection, but I’m going to go ahead and guess that all the stories contained here have been included in other, later Bolton anthologies.