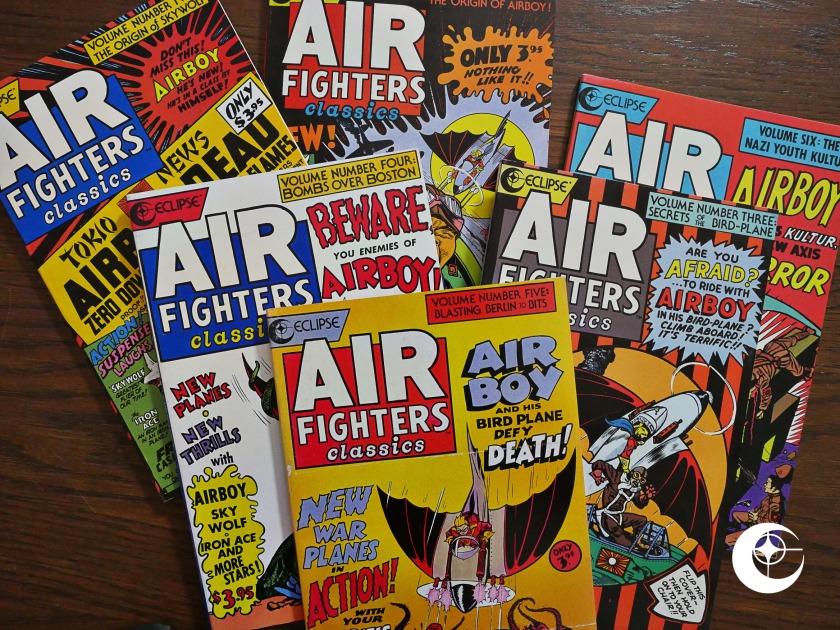 Eclipse’s biggest seller was Airboy (I think), an action/adventure comic based on 40s characters published by Hillman. As backup features, they printed some of the original stories (recoloured), but not a whole lot of them.

So this series is a logical thing to do: Get some more substantial chunks of the originals out in a cheapish format. Each issue is 64 pages long and these are squarebound books. The introduction calls these “facsimile editions”, by which I take to mean that they’re reproduced from printed copies of the books, and not from the original artwork. But the original editions were in colour, right? The Eclipse reprints are in black and white, so they’re not very… fascsimileish…

These are from World War II, and are very patriotic. I was surprised to see Amelia Earhart pop up, though.

And the first villain we encounter is an evil American capitalist.

After he’s sabotaged the creator of Airboy’s floppy wing bird plane, he dastardly takes over a monastery and turns it into a casino! How evil! So Airboy does the natural thing and bombs it, presumably killing everybody inside. 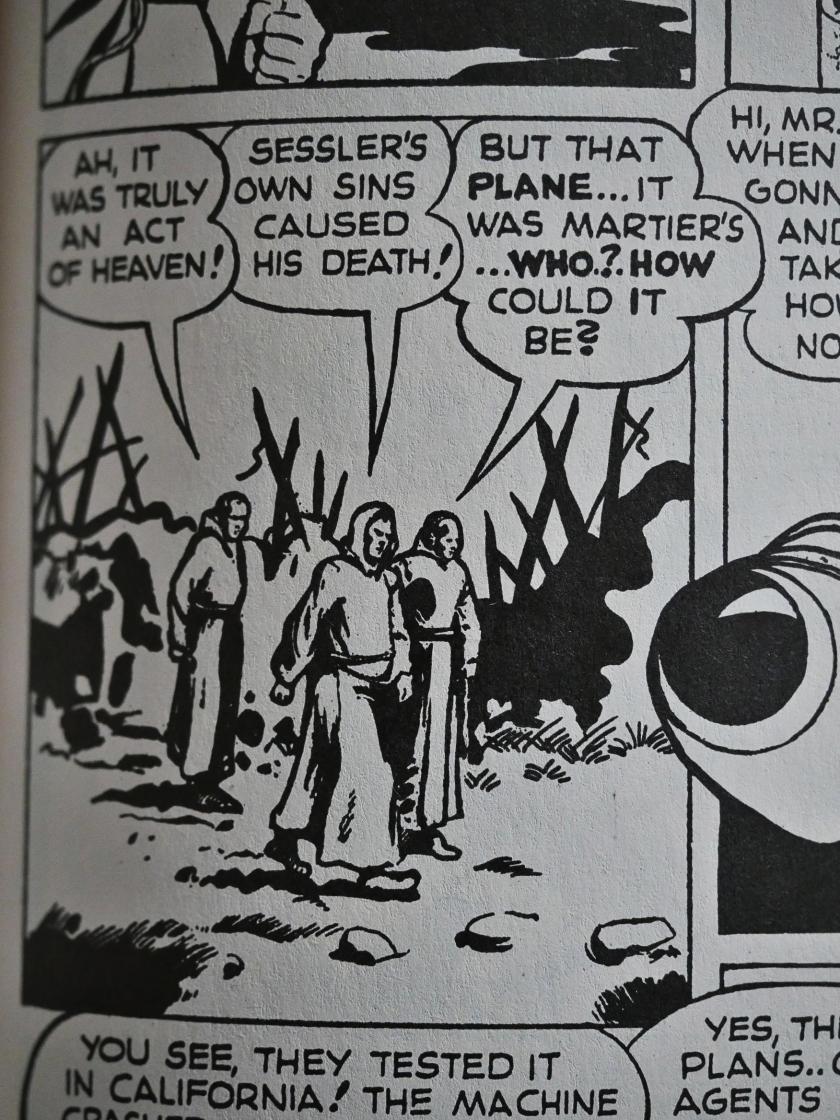 The holy monks says it was truly an act of heaven.

And it goes on in that fashion: These stories are unhinged. Off the curb. Totes hittin’, man.

The artwork on most of these strips is fine, but pedestrian, but some really get into the spirit of things. Isn’t that the best Hitler ever?

Or is that the best Hitler ever?

There are so many great drawings of deranged Germans by this artist in this series, but the artist is unnamed.

The Germans want to torture our heroes at every opportunity, of course. Doesn’t that make you nostalgic? I mean, torture as a tool of the bad guys, not the good guys?

Every issue has two pages of text, which probably has something to do with arcane regulations at the time to get postal rates as a magazine instead of a comic book. I think.

Some of these comics are obviously drawn by somebody at the Will Eisner studio. That’s a very, very Eisner face. 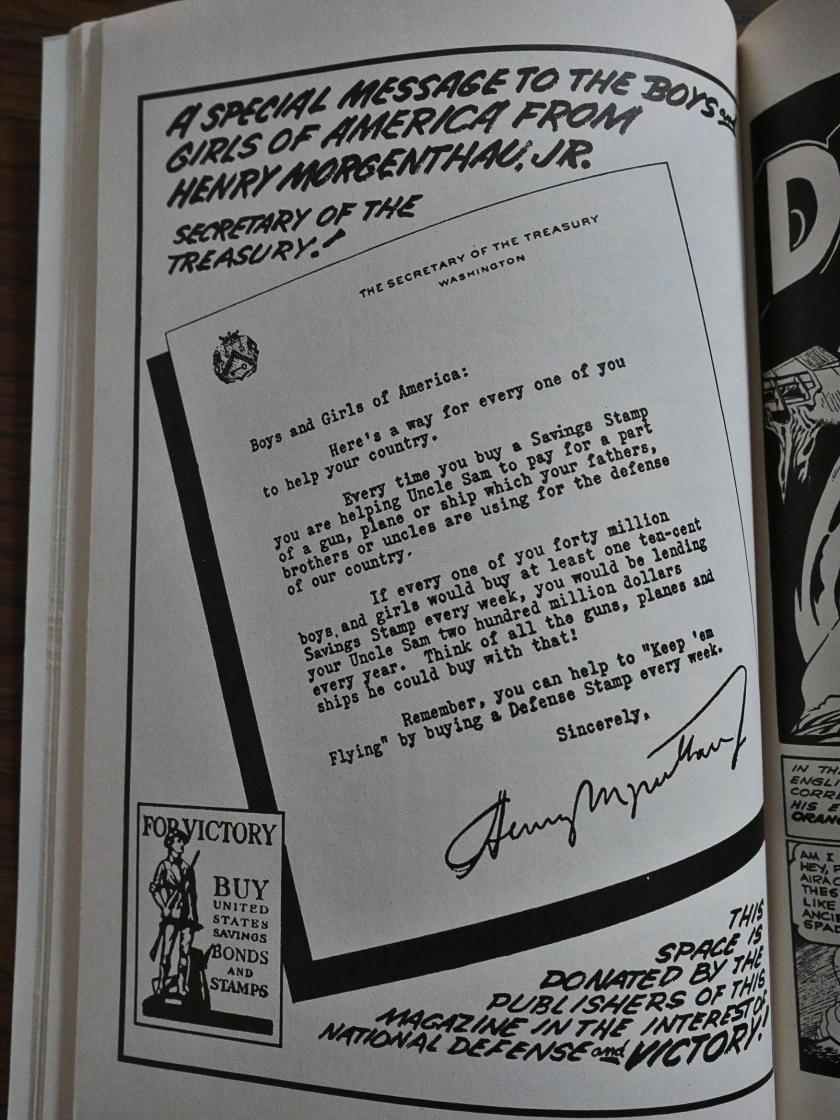 And a message from the secretary of the Treasury to all the boys and girls of America. 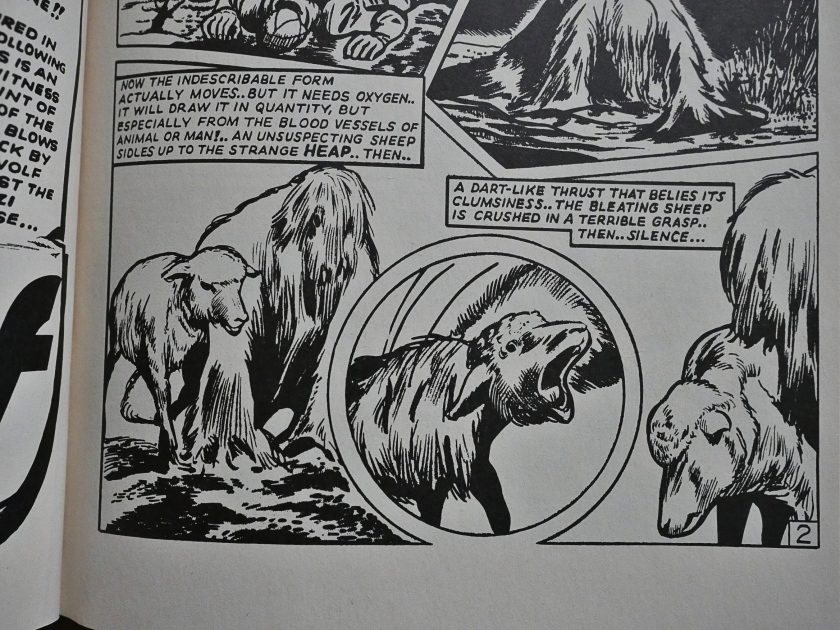 Of all the weird heroes that are introduced in these comics, Heap is… one of them. Yes, he sucks the life out of sheep.

And speaking of Eisnerish… Oh, this strip is signed; it’s by Bob Fujitani. 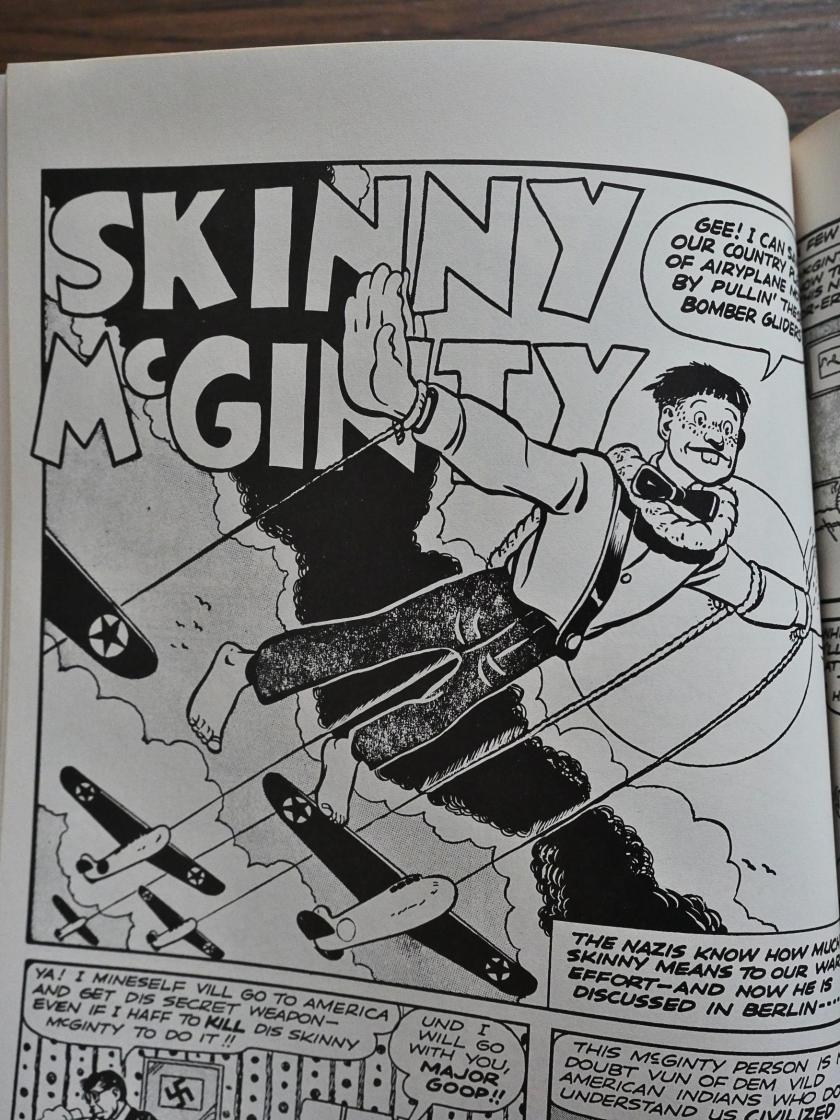 As deranged as these comics are, reading all these stories in a single sitting was probably not a good idea. There’s a certain sameness that creeps in, and the stories are (beyond some of the central ideas) basically crap.

So what did the Interweb think?

And that’s where I’m left. There are a lot of cool, crazy ideas in Air Fighters and reading this makes me even more excited for Moonstone’s modern, non-racist version. But on its own, even as a piece of history, it’s not something I want to experience more of.

Which is basically what I thought, but for other reasons.

Hillman publisher a lot more issues than this, and the final issue doesn’t mention that it’s been cancelled, but I would assume the circulation wasn’t high enough to continue. The Hillman comics haven’t been reprinted since, as far as I can tell.