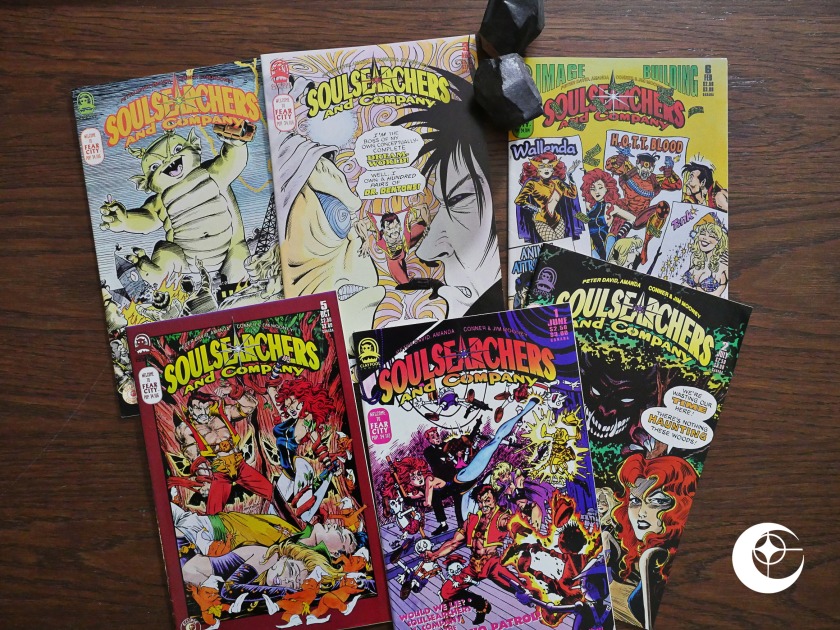 This is the third of the Claypool comics that Eclipse distributed during 1993/94, and it’s a supernatural comedy thing. 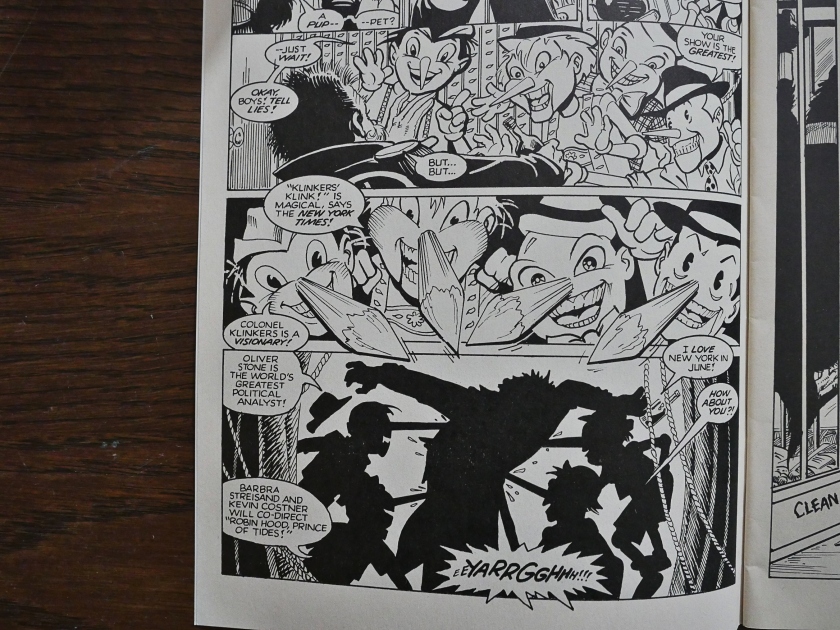 Having a lot of Pinocchio-like dolls tell lies to make their noses grow so they can stab their victim with the noses is a pretty, er, original? idea. I mean: I hope so! 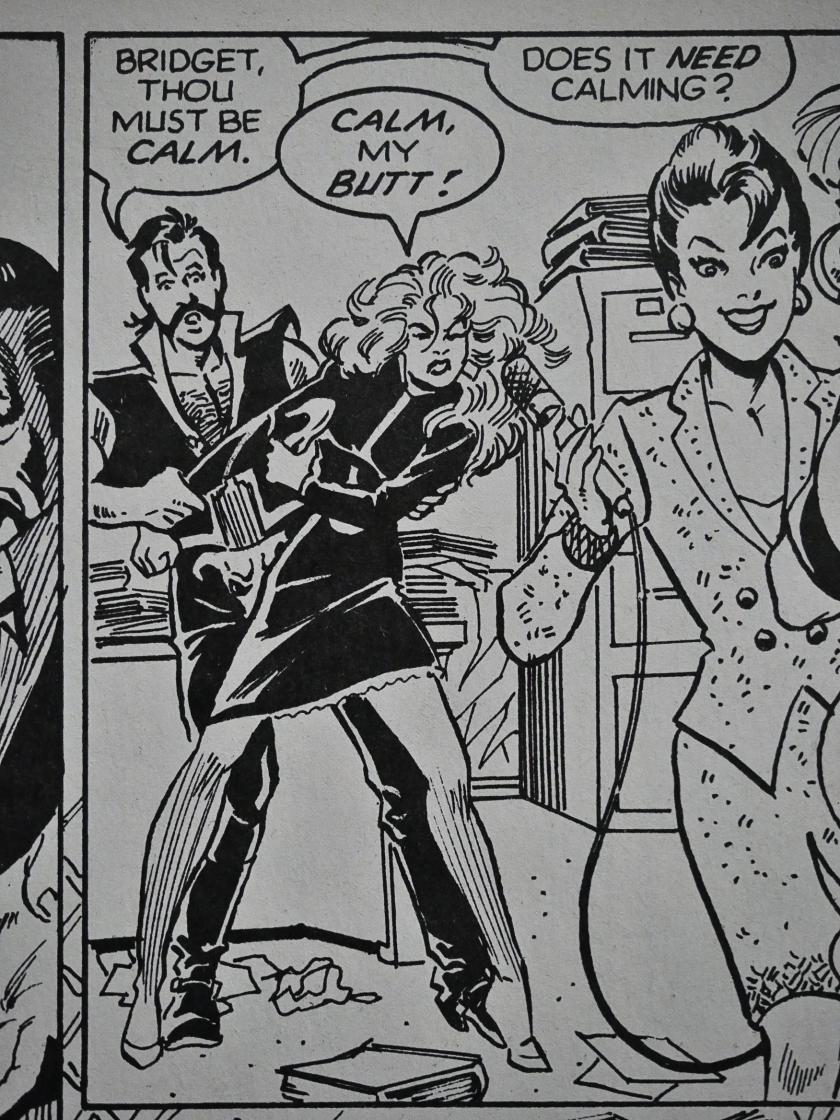 David takes the occasional jab at giving the characters some depth, and Conner’s on-point (and very readable) artwork helps quite a bit.

But it’s not… Hm. I find myself at a loss two write pretty much anything about this book, because I feel there just isn’t that much to write about. It’s a competent, somewhat amusing, nicely drawn, pretty inventive comic, but it’s just not very… interesting. At least to me, right now, but I may just be burned out on reading these comics now. 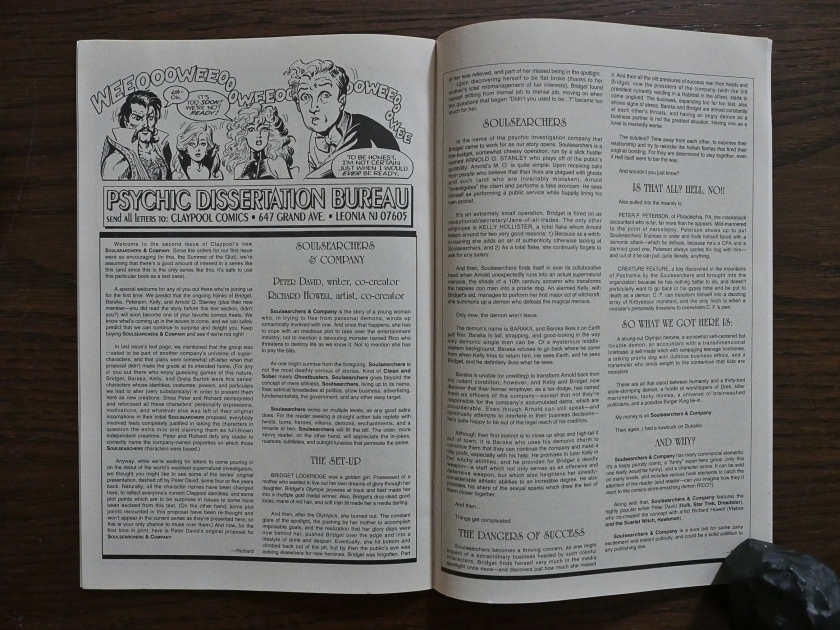 As a bonus, we get the original pitch for the comic book. David and Howell originally wanted to do it over at Marvel Comics, and using characters from Marvel’s super-hero/magical cast of characters, but they never let us know who those characters originally were, so half the letters try to guess.

As the series progresses, it becomes more of a parody book than a humorous monster-of-the-week (I mean six weeks) book, so we get a parody of Neil Gaiman’s Sandman, who’s called Dream, or here: Dweeb.

Ok, they can’t all be winners.

This is part of the Fear City line of books, and the schtick was supposed to be that there’s a new book every two weeks, with lots of interconnections between the titles. That doesn’t really seem to happen a lot, though, so perhaps they changed their minds. We’re left with the occasional reference to the Deadbeats title (which I’ll post about tomorrow, I guess), but that’s about it. At least in the six issues I read. 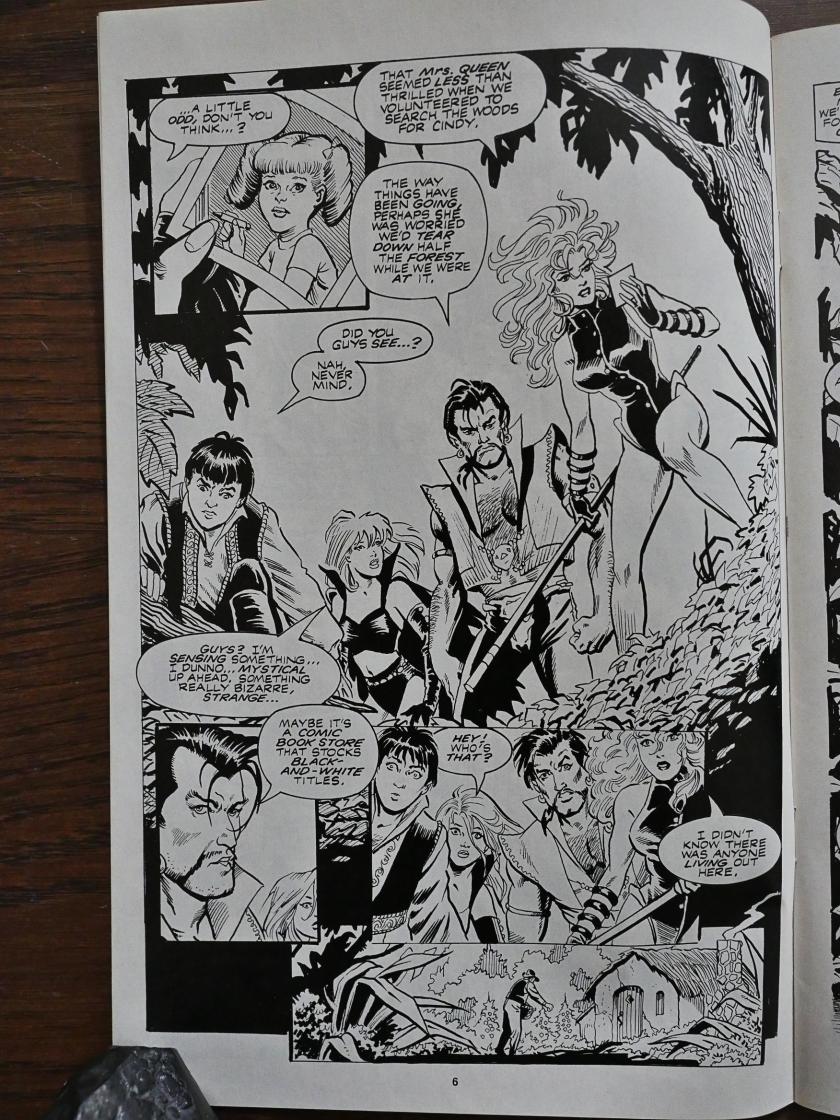 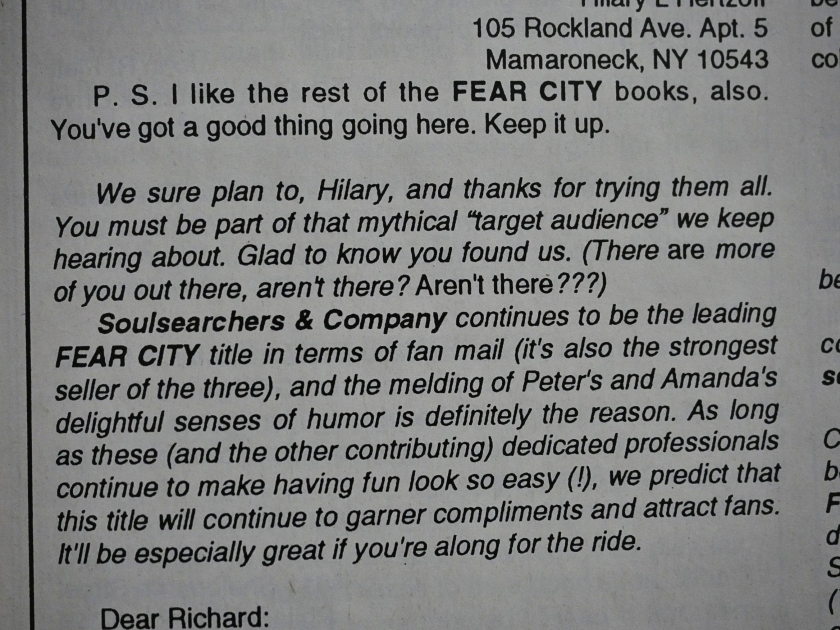 And this is the best-selling of the three Fear City books. I’m not surprised, because that Phantom of Fear City was a bit of a dog. 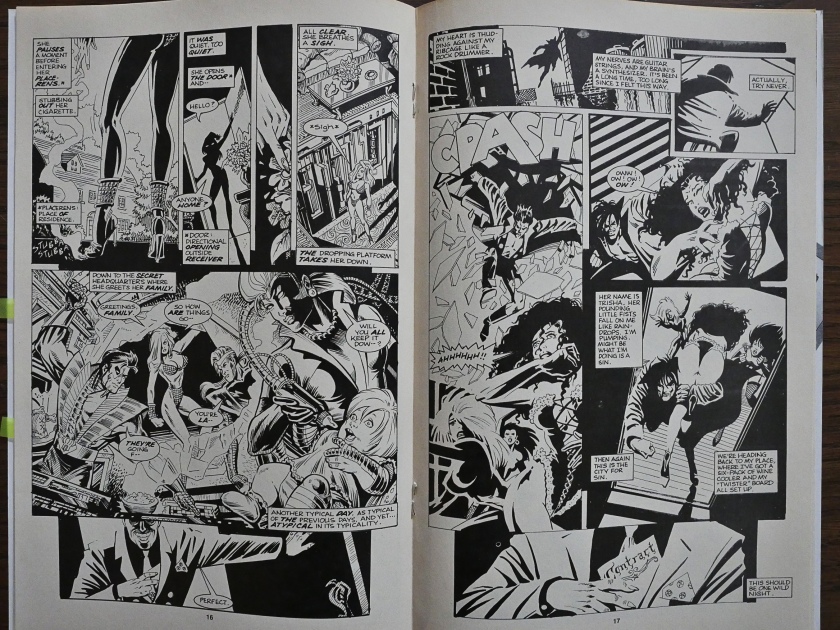 And then we get an Image Comics parody issue, with about a page each to parody a separate Image title.

I love the Rob Liefeld. There’s something about this panel that’s just perfect, what with the two characters to the left, with their over-the-top outfits, staring blankly in different directions, with their mouths wide open (while not shouting) that’s quintessential Liefeld.

And with issue six, I say farewell to this series, because Claypool wisely stopped using Eclipse as distributors. (Eclipse went bankrupt a few months later of unrelated causes.)

Peter David continued writing this series until 2007, when it was cancelled after more than 80 issues. Which is an impressive run.

A couple of collections have been released, but most of the run remains uncollected, apparently.

One thought on “1993: Soulsearchers and Company”