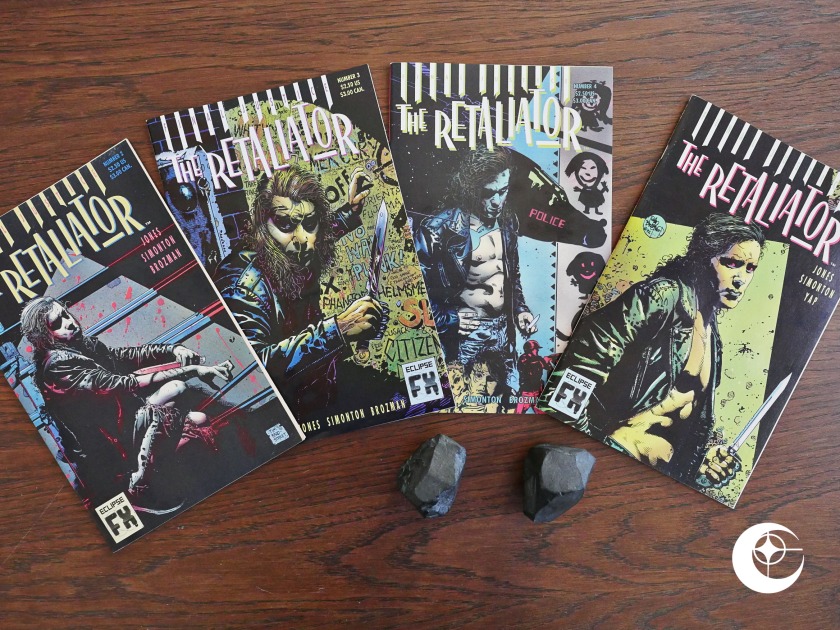 This is the third and final series in Eclipse’s new line for 1992, FX. 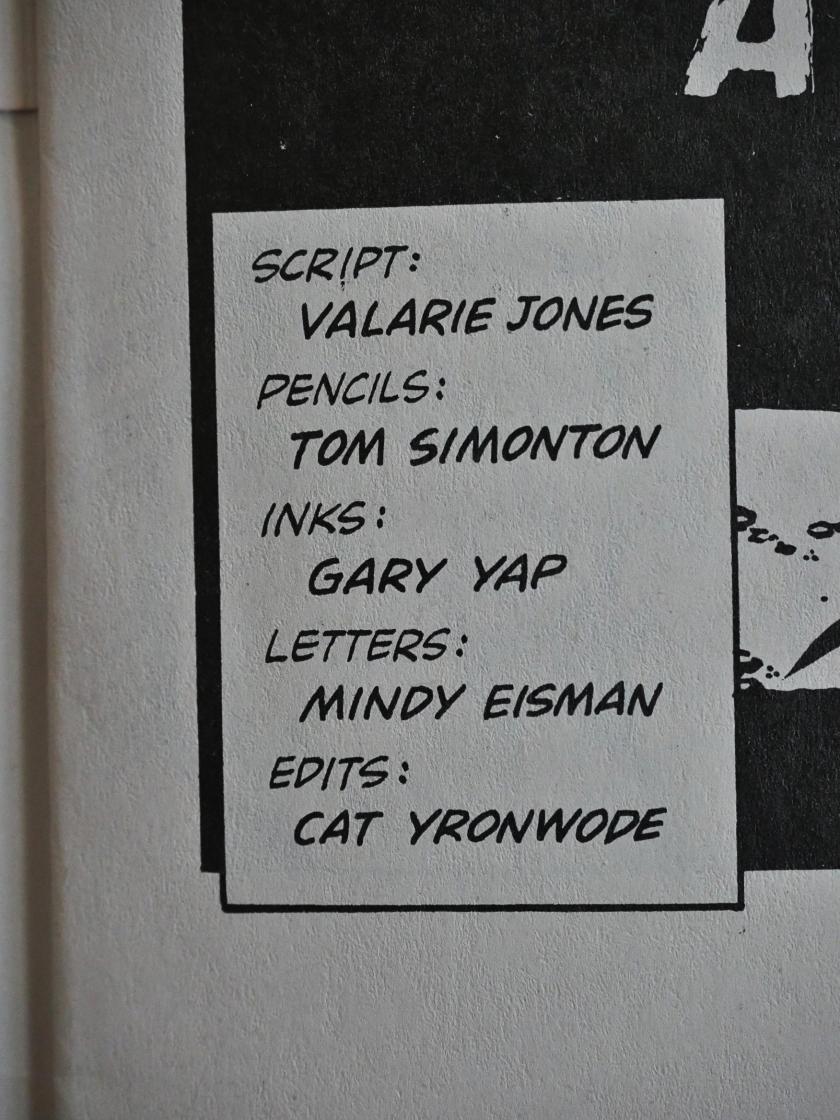 Oh, this is written by Valarie Jones? (Er, wasn’t she called Valerie earlier? I may be mistaken.) One of the other FX series was written by Beau Smith, and what they have in common is that they’re both employees at Eclipse. Well, I guess it’s cheaper to have staff write your comics, and Eclipse were in dire financial straits at this point. 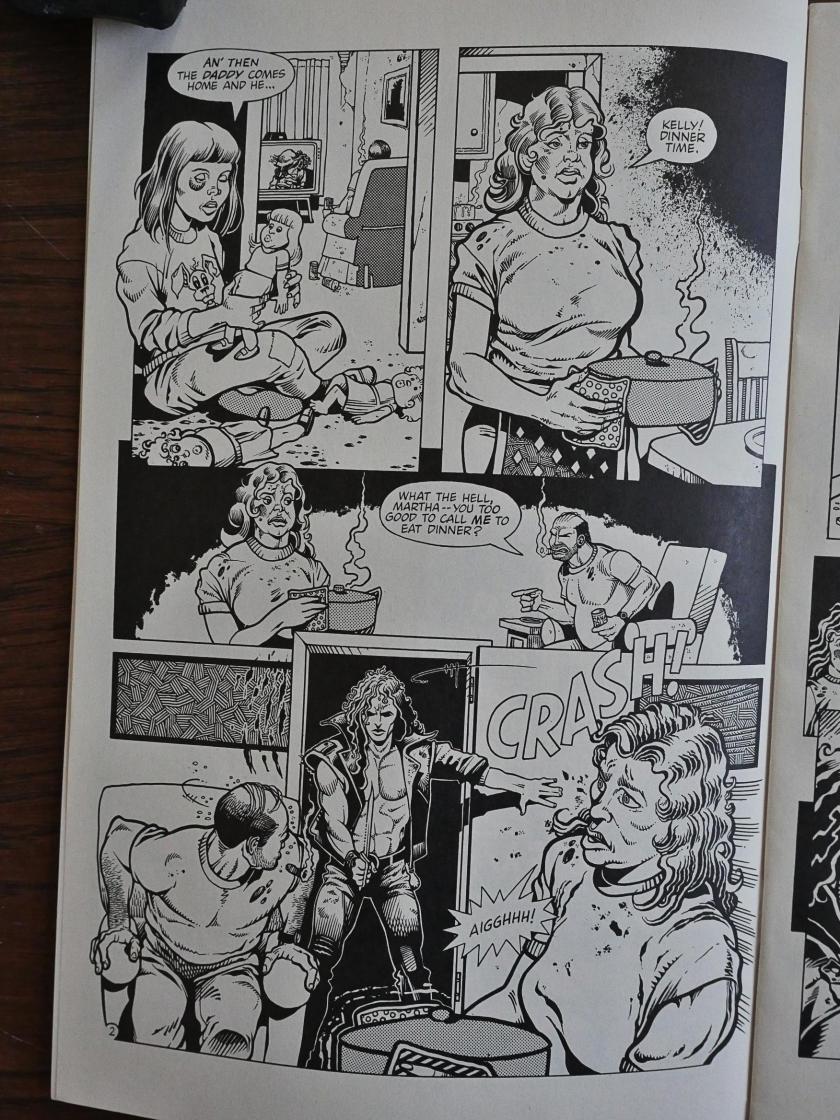 We were promised (in ads) that the FX series would be full on action, and this certainly looks like it’s going to keep that promise. But that artwork doesn’t really look well suited for some of that ultra violence: It’s full and cartoonish instead of “edgy”.

Hm… Now I know what this artwork reminds me of. It’s like if Spain did the layouts and the inks and S. Clay Wilson did the pencils. The characters look stiff and awkward, but it has Wilson’s messiness, somehow. The combination is really kinda… offputting? 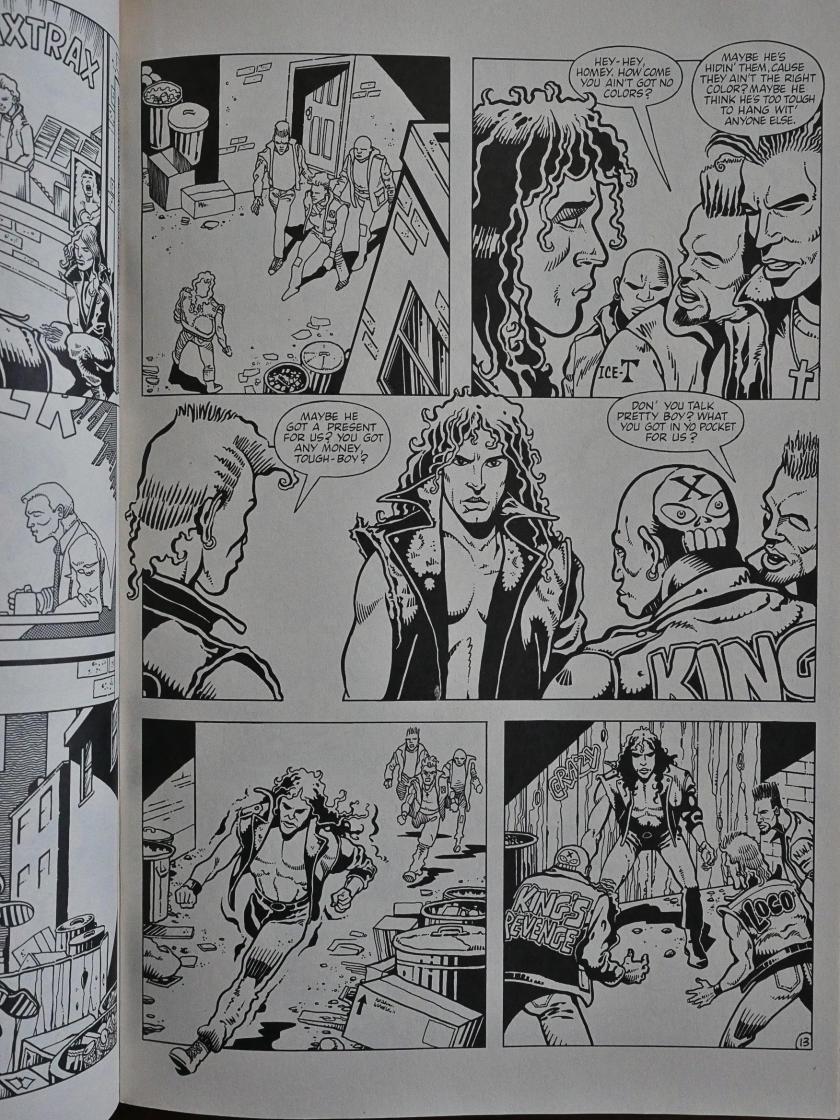 Look at that pose. I wonder whether the artist used action figures as his models.

Anyway, this book is about a guy who runs around killing people who abuse children, so I thought this was going to be akin to Mad Dogs, which Eclipse had published a few months before starting the FX line. That one is a typical “cops going rogue to kill some bad guys”, played straight. 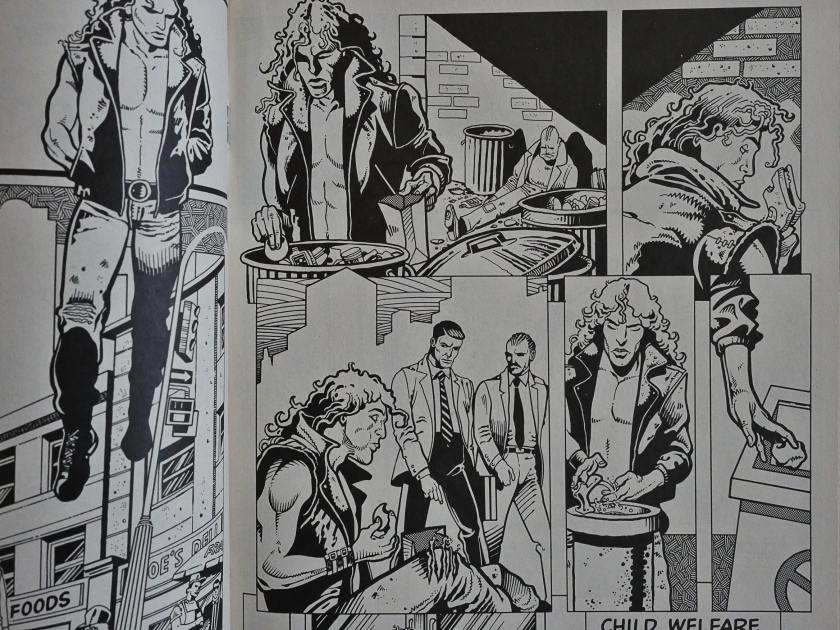 This one is something different. Yes, you have the vigilante action, but we quickly learn the titular Retaliator isn’t quite… well, and that this is less fist-pumping *yeah* action, it has a bit more depth than that. 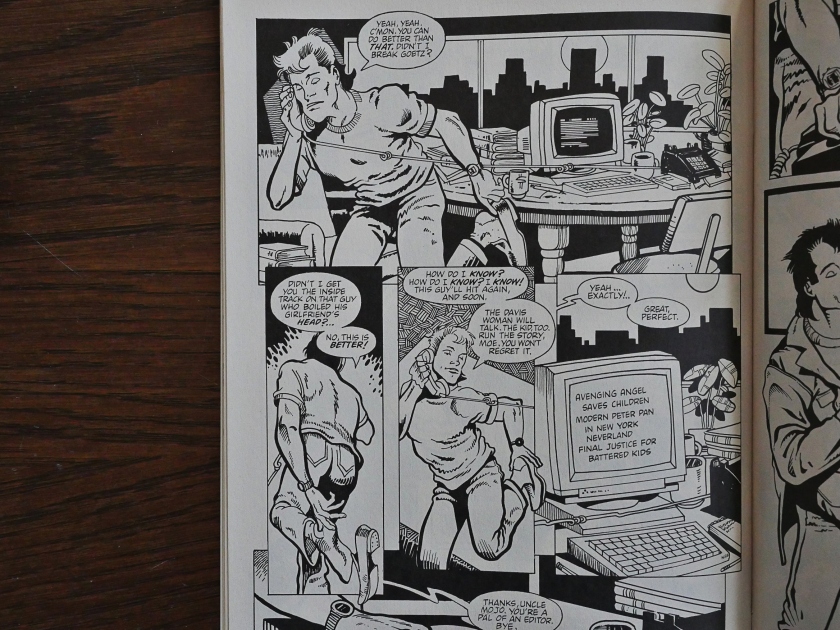 But what the fuck is going on here? Is he putting on a shoe? Taking it off? Changing shoes? WHAT?

That they didn’t use Simonton’s artwork on the covers isn’t surprising. Instead they got future superstar Tim Bradstreet to do extremely well-rendered and moody ones. 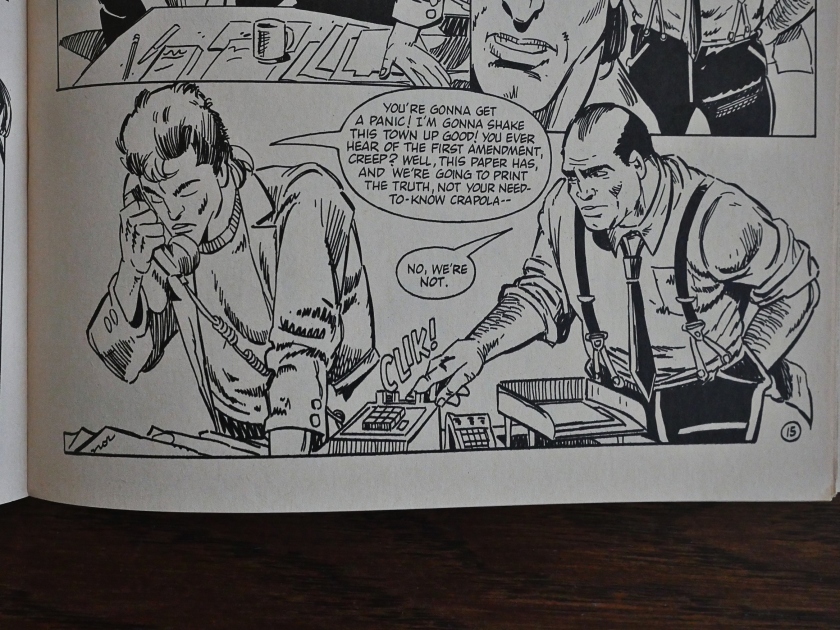 Of course the editor kills the story. The series has its share of clichés… 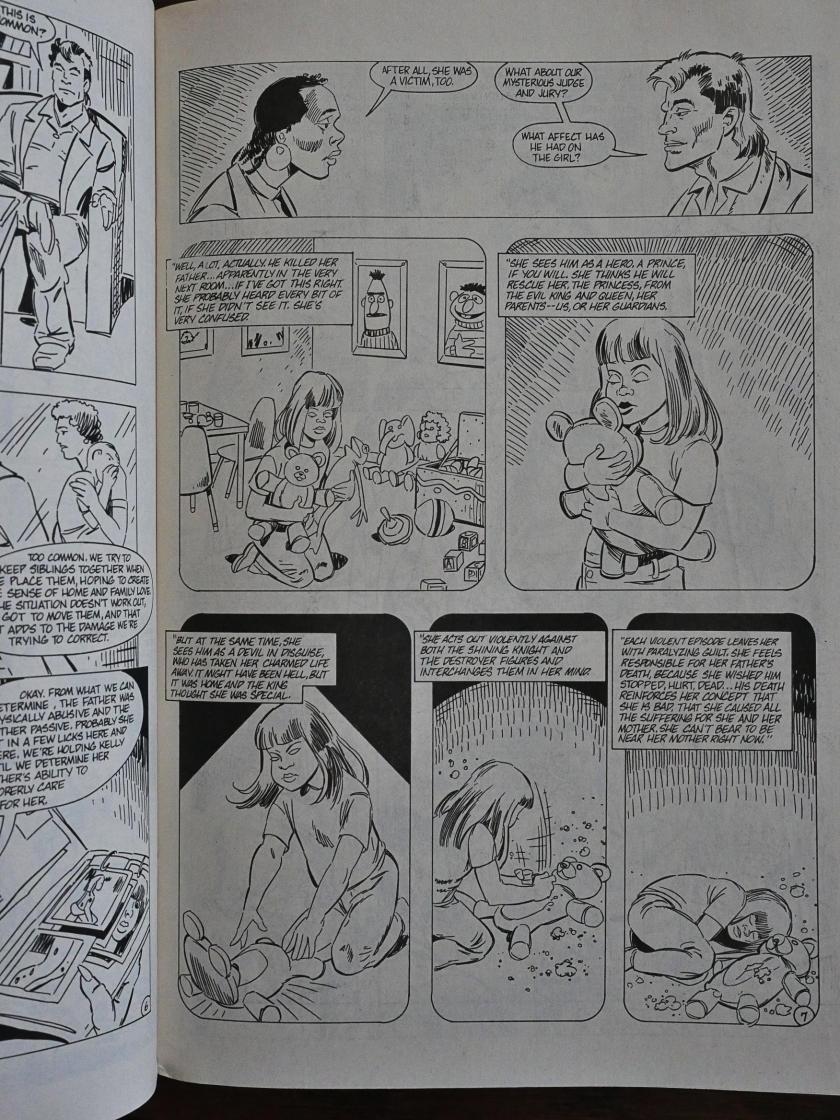 But after a couple of issues of killing and police procedures, everything goes all sad. Did Jones work as a social worker before becoming a comics editor or something? 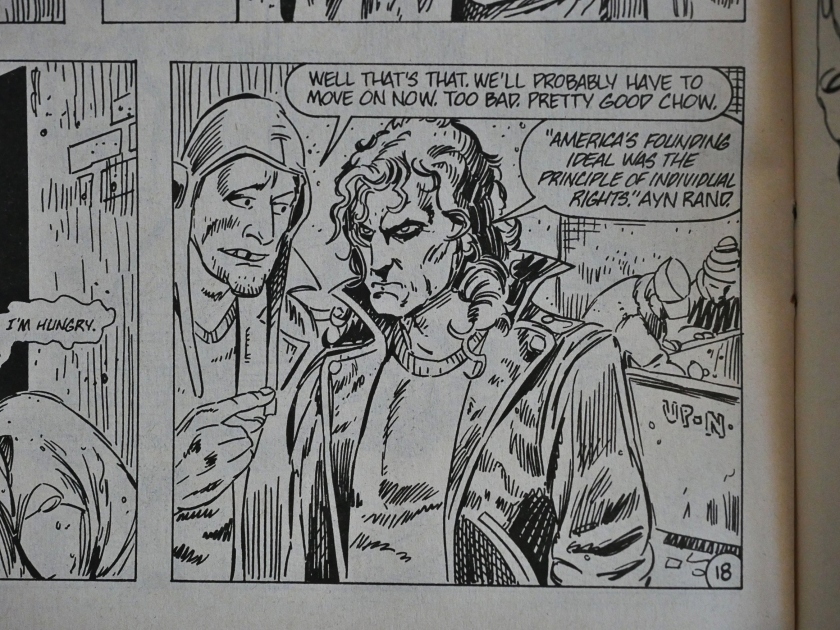 I think Jones has fun with all the Rand and Nietzsche references. 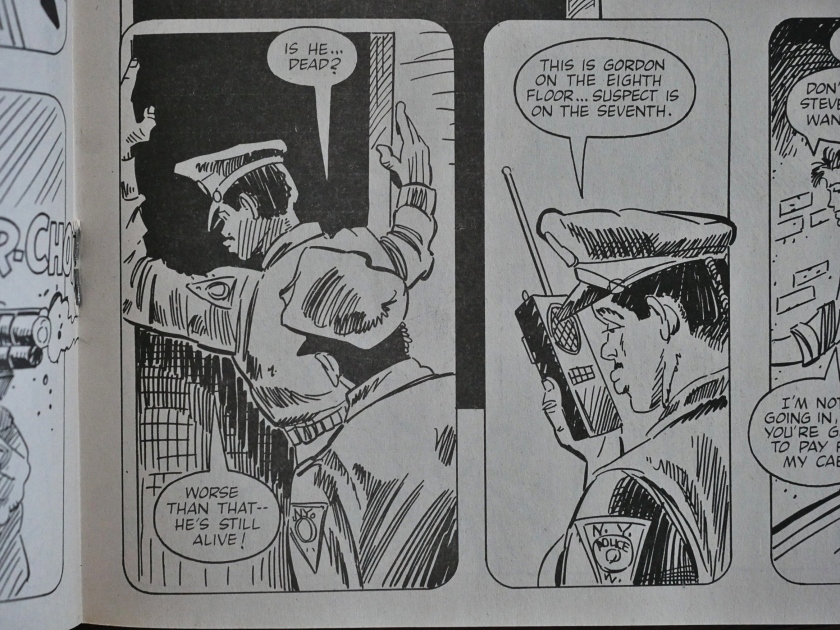 The fourth and final issue is plain weird. It’s told as a flashback without much of a reason, and the entire flashback is drawn in this very basic, sketchy way. I guess it symbolises people memories being sketchy! So deep!

Or perhaps the artist couldn’t be bothered drawing the issue properly, so he halfassed it even more.

The series was originally announced as having at least five issues, so perhaps they cut it short when they weren’t paid by Eclipse, or perhaps the sales were just too lousy? I’m just guessing here; I know nothing. 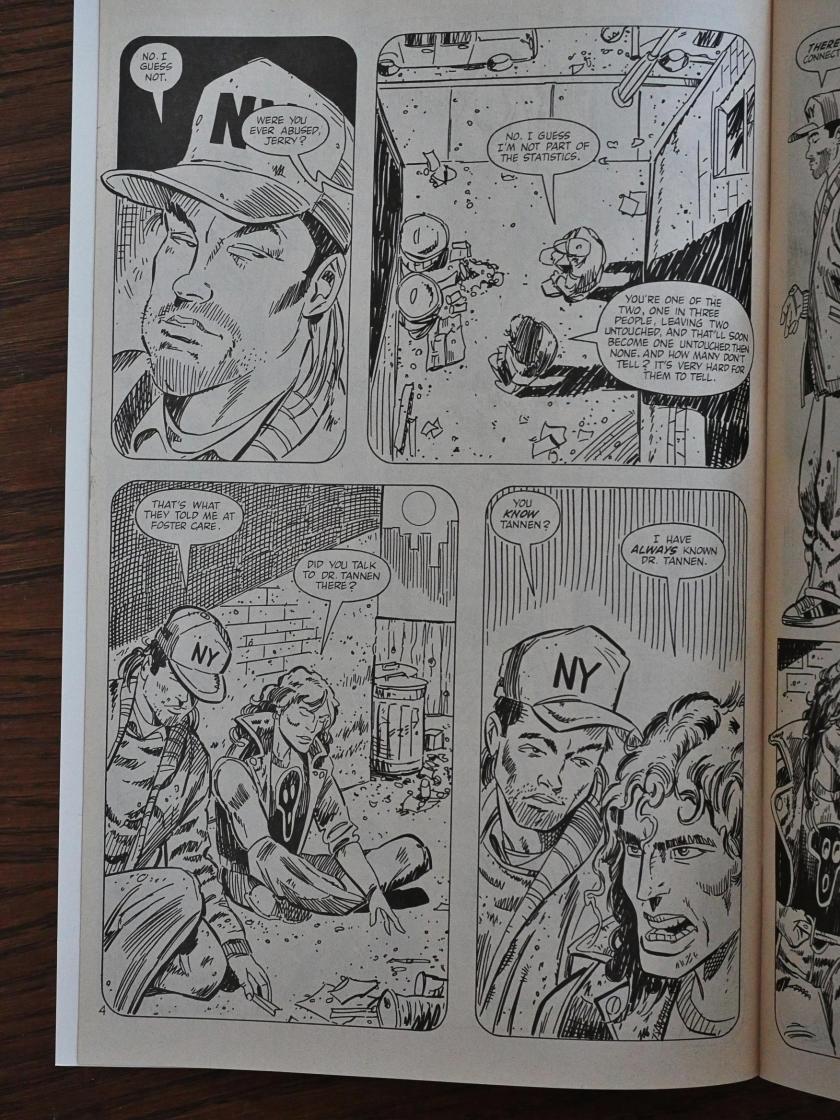 The storytelling in the final issue is extremely choppy, but Jones does reveal the vigilante thing to be a totally evil Fascist thing, so it’s got that going for it.

Even the printers did a horrible job on the final issue, leaving several pages bleached and even uglier than they would otherwise have been.

To no ones great surprise, this book has never been reprinted. Slightly more surprising is it that I’m unable to find a single person writing about it on the web: Not even a drive-by Amazon comment.

So I’m guessing it wasn’t a major hit at the time.