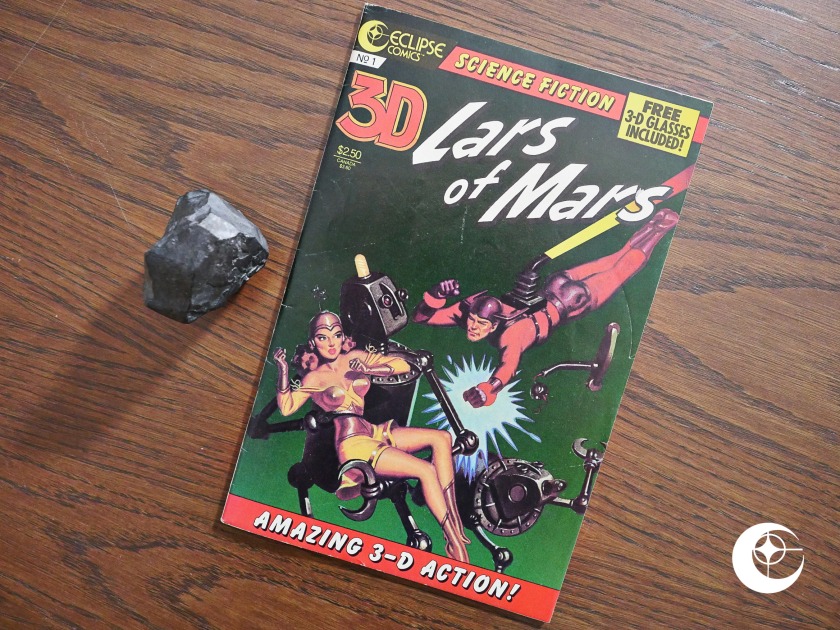 … and I think it stopped here, with the nineteenth issue. Some of the earliest ones Eclipse did seemed to be done by artists who were enthusiastic about doing it, but as the issues trundled by, I guess everybody grew tired of the novelty. 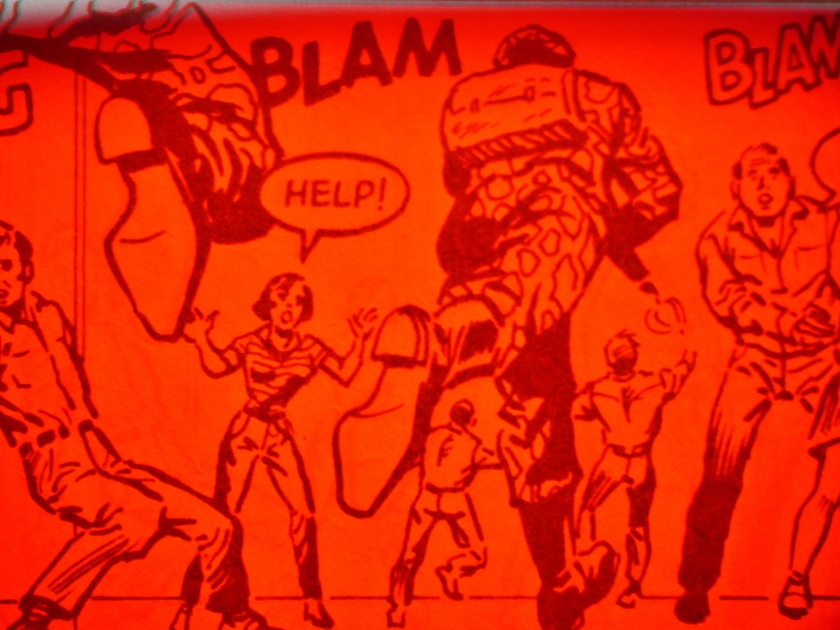 And as the issues went by, Ray Zone (who did most of these 3D separations) tried to push the effects, er, deeper, to less than impressive results to these eyes. See that little guy up there between the running soldier’s feet?

He’s only in the red channel, because the soldier’s knee covers him. That’s not 3D; it’s just annoying shimmering in the eyes.

And also, this issue seems to have the incorrect tone for the red shapes, so they shine through more than they should.

In short: It was no fun to read this book.

The first story is a new one, done by the original creators of Lars of Mars, and it’s … Well, it’s like those panels up there.

We get a text page explaining that Siegel and Anderson created the character in 1951, but it only got a two-issue run before being cancelled.

So, naturally, we get some reprints, too. Probably shot from a comic book? They’re none too crisp, but at least they have background, which the new strip doesn’t.

Jerry Siegel is the creator of Superman, and he gives Lars of Mars a Lois Lane-like figure that Lars of Mars hypnotises into believing in whatever. Which is rather sadistic, since everybody assumes she’s gone round the bend, but that’s rather Lois Lane-like, too, isn’t it?

Now I can pack the 3D glasses away. I hope.