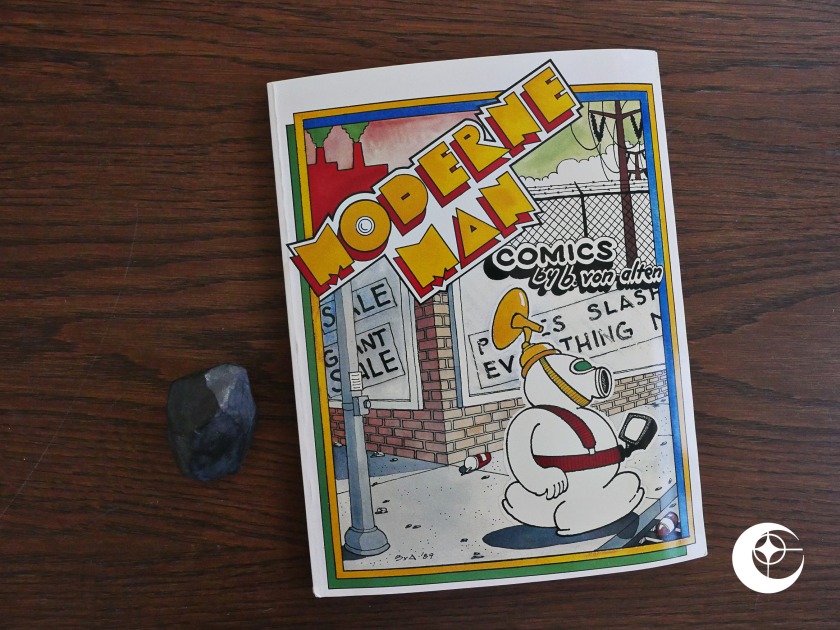 Remember that mysterious Gin and Comix book that Eclipse distributed?

This is another one of those: Eclipse isn’t mentioned anywhere in the book, but it was part of Eclipse’s push to distribute books published by others, so let’s do it anyway in this blog series. (And it’s “1990” since I’m pretty sure Eclipse distributed it in that year: It was announced in the April issue of The Comics Journal.)

So these are gloriously unfunny strips about how everything’s going to hell and how everybody sucks (except “non-chemical” farmers). These aren’t so much failed jokes as if you’ve entered a strange realm where humour exists only as a strange myth. 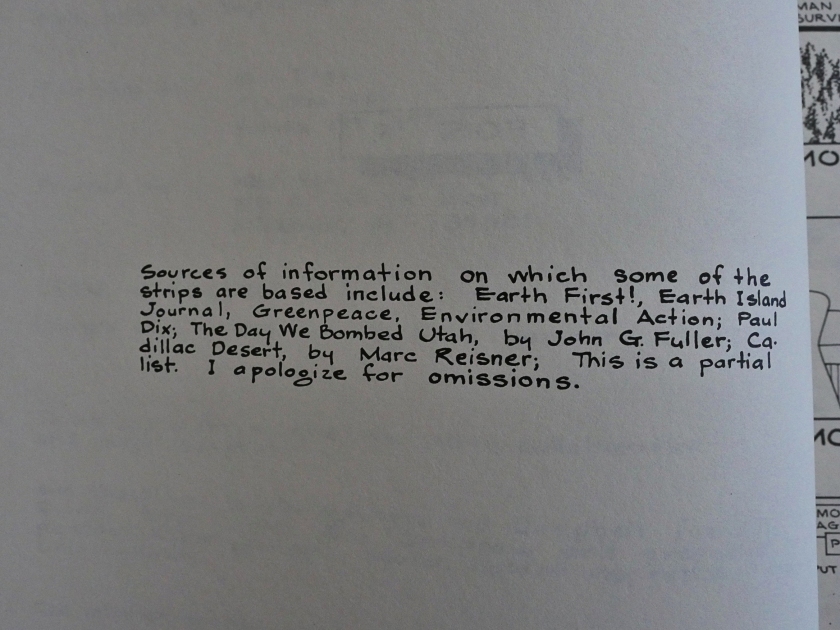 Von Alten gets his facts from Earth First! etc. 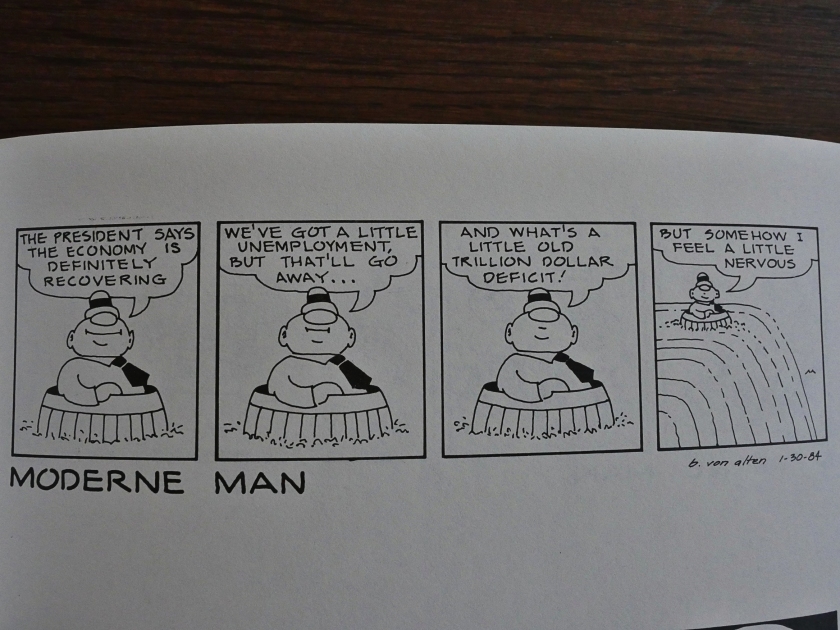 So there’s strip of strip of things along the lines above. I mean, it’s probably not less funny than modern Garfield, but…

Another recurring theme is how people buy cheap, shoddy goods. Like, er, ha ha? But again, I’m not sure whether von Alten really meant these to be funny, so pointing out that they’re not funny isn’t really much of a criticism.

I found the more absurd strips work better. It’s not Zippy, but it’s… something…

And that’s the best strip in the book.

But there’s more! There’s also some strips that just plainly propagandise for better farming, which is nice, I guess.

Von Alten’s artwork owes a lot to early-70s underground comics. It’s got that round, slightly balloon-like look that was so popular with the hippies back then. And von Alten uses that style effectively: His strips are clear and kinda attractive in their stiltedness.

No, it’s not. While we’re probably not that far way politically, that makes things even worse.

This book has never been reprinted, and trying to find out anything about B. von Alten is impossible. Hm… Oh! His real name is Bruce Walthers von Alten and he published a few comics through Kitchen Sink in the early 70s. He had pages in Projunior, which was an R. Crumb book, I think.