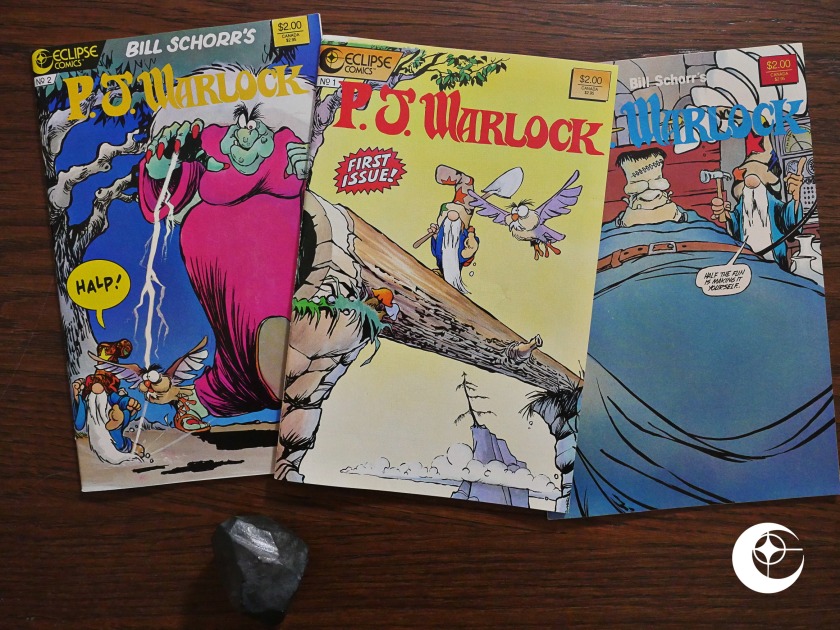 We’re deep in the black-and-white mid-80s boom preceding the bust of 87, so Eclipse is picking up projects seemingly at random. Bill Schorr had apparently not done a comic book before, but he’d done several syndicated strips, most, er, famously Conrad. 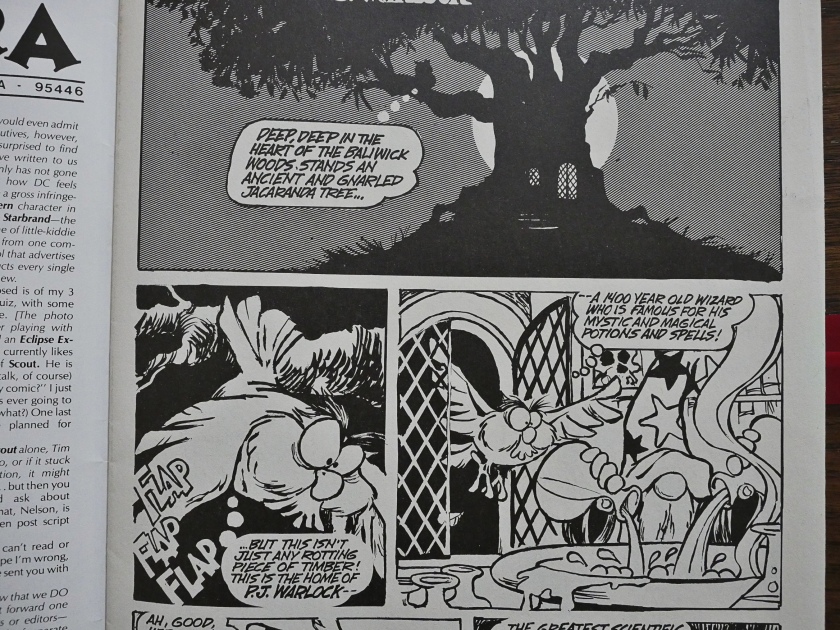 And it kinda shows. He doesn’t really have comic book mechanics down… Why is that own thinking the exposition to himself? 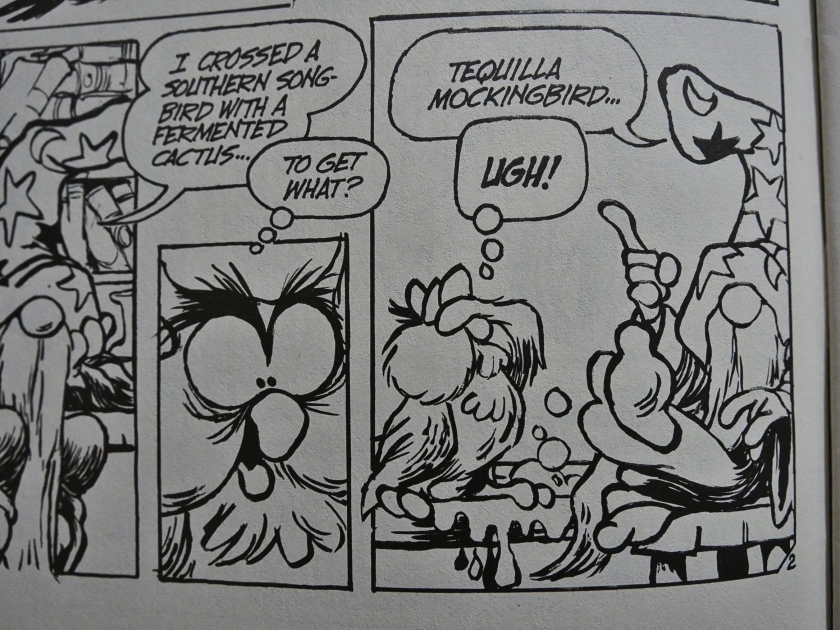 Oh, I get it. The though balloon things are speech balloons from the owl? Or something? I’ve seen other strip artists use the same convention, and it’s kinda weird.

And, yes, the jokes in this book (and there’s a lot, at least four per page) are all in that general vein. 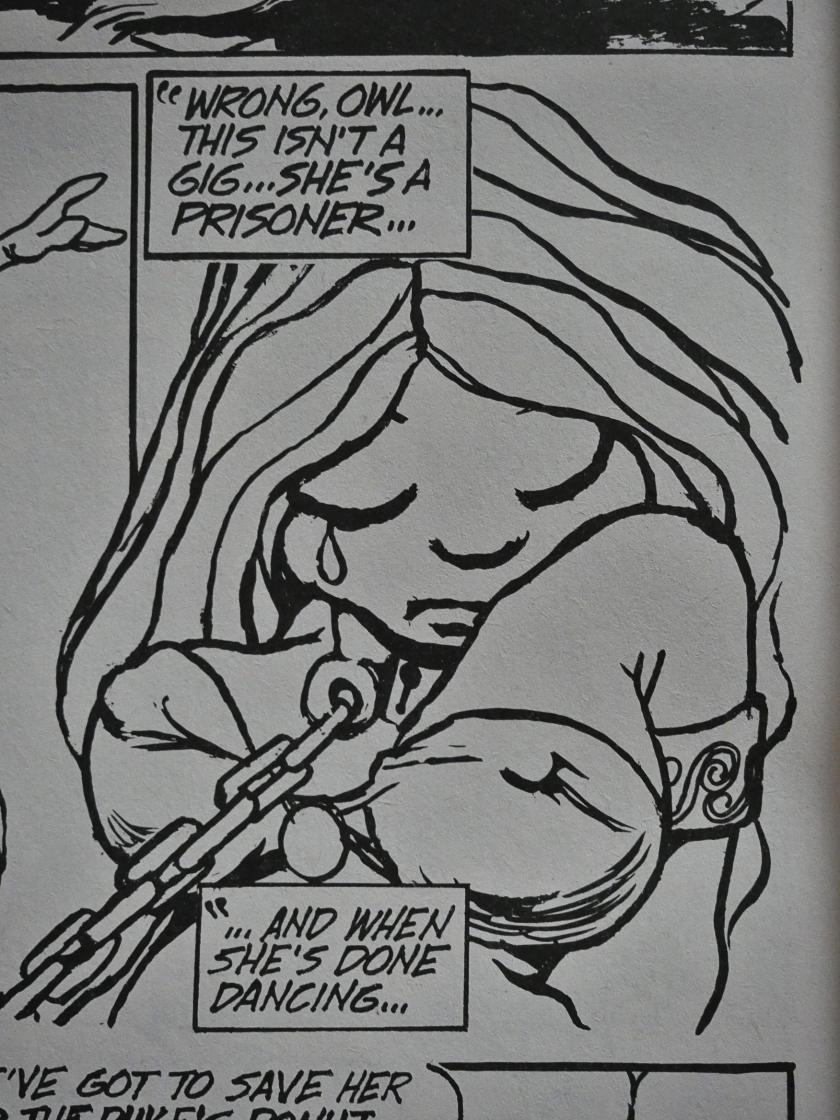 Schorr seems incredibly influenced by Vaughn Bodé whenever he’s drawing women. I mean, the wizard is also not completely nonbodicious, but all his women look like they’re traced straight from Cheech Wizard. 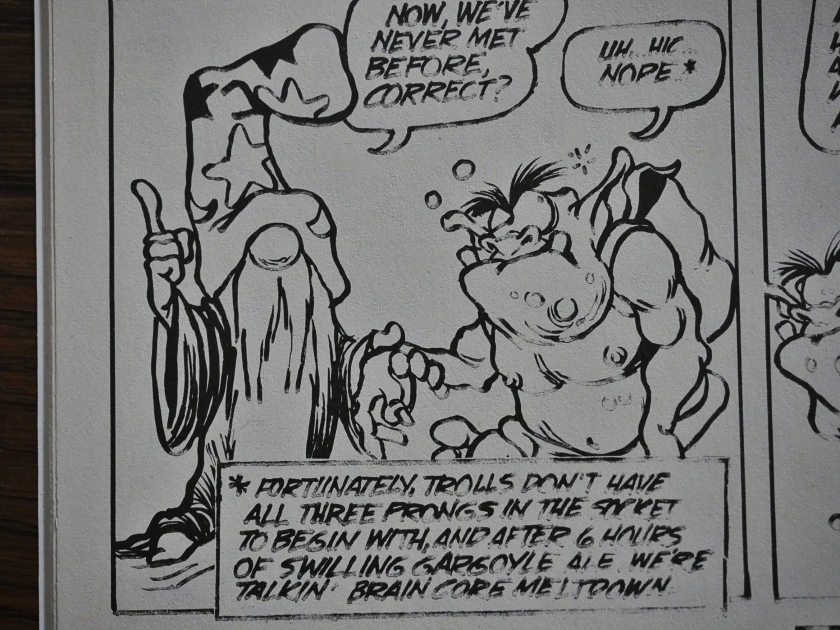 The production job is rather sloppy. 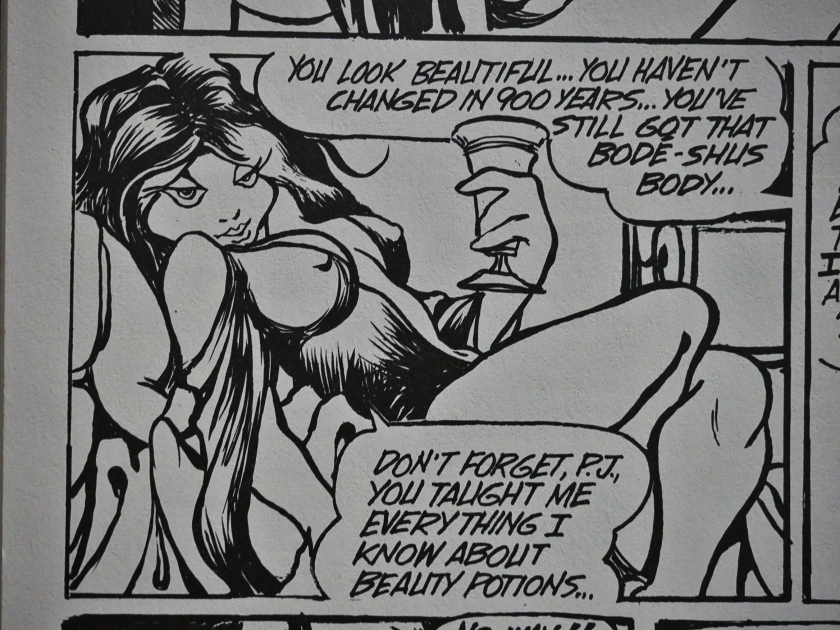 At least Schorr acknowledges his influences. 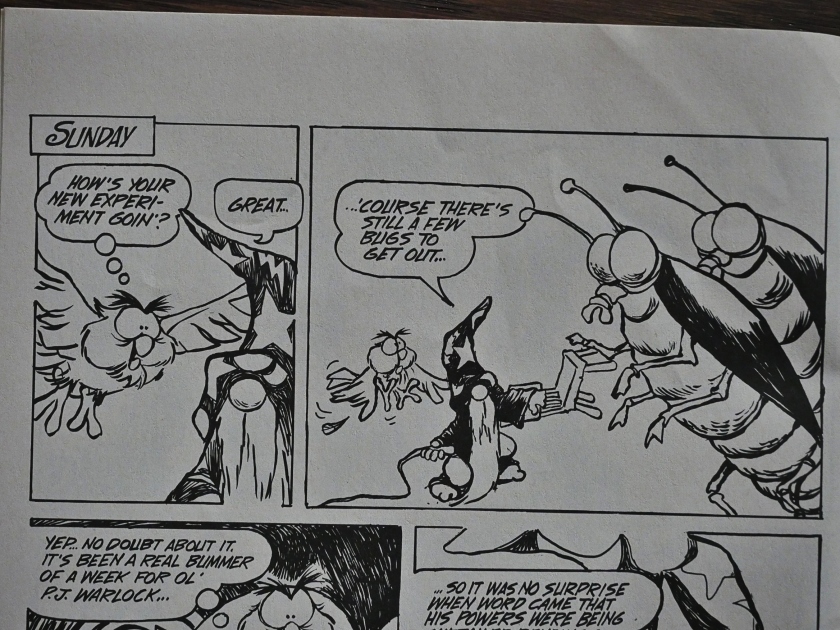 The third and final issue has a Frankenstein monster who’s been given the brain of a Las Vegas stand up comic who tells jokes that are so painfully bad that they kill monsters, so, again, Schorr acknowledges the obvious parts others notice when reading the book.

Schorr went into editorial cartooning later in his career.

This series has never been reprinted.