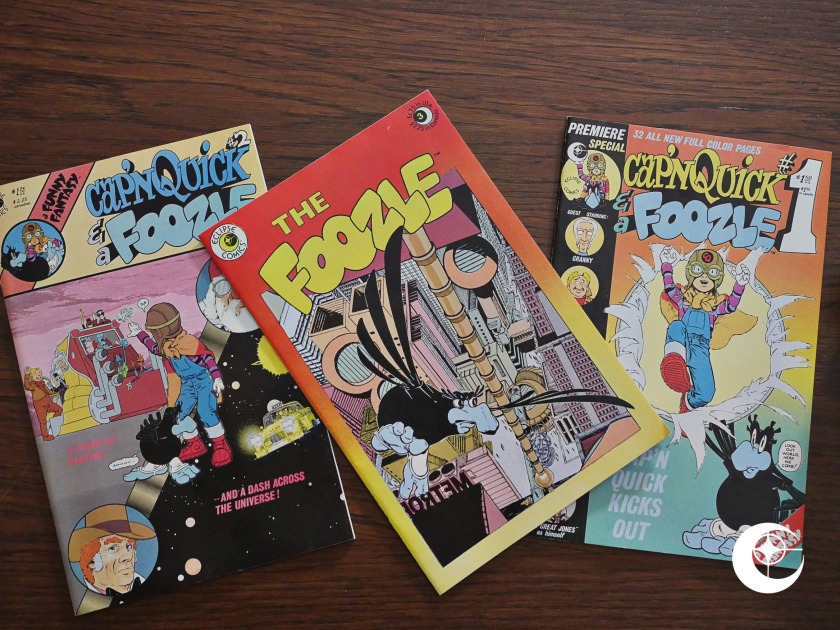 One rather strange thing about Eclipse is that they almost never put the creator’s name on the cover, but in this case it’s rather ridiculous.  Marshall Rogers was a pretty well-known artist, but not known for working in this style (he did super-heroes), so you’d have thought it might have helped sales to slap in on there somewhere.

But not only that, Rogers doesn’t put his own name on the inside pages, either: There’s no credits page.  The only place I found his name mentioned was in the indicia.  Perhaps he’s just shy.

Anyway, we last saw the Cap’n and a Foozle in Eclipse Monthly, where we were in the middle of a complicated and extremely weird and funny story.

So the first issue starts off with a recap (that doesn’t really do the plot justice), but it’s fine as recaps go. (The story involves running around from the cops a lot.)

Like here. It’s a classic gag: Drawing a hallway on the wall and then the cops run into the wall. But the thing that makes it super-special here is that they’ve written “clop clop clop” on the wall and the cop says “I hear ’em heading down this way”.

The artwork here is Marshall Roger’s best I’ve seen. In addition to the style he’d been using on this story up until now, he also drops a hyper-realistic cat into the mix. And it talks in more complete sentences than Internet cats do these days.

But we still get the same super-weird layouts and techniques. So much zip-a-tone.

Oh, yeah, the plot involves some rats with the faces of American politicians controlling it all. Here’s their comeuppance.

Both issues of Cap’n Quick & a Foozle are jam-packed: There’s no room for a single house ad in the first issue. For somebody who works as slowly as Rogers, that’s a rather strange way of doing it. I’m sure everybody would have been satisfied with 20 pages of lunacy, but instead we get a full 32 pages.

So it’s no wonder that the second issue takes eight months to be released. We embark on a new story, and it feels a bit less inspired than the totally insane first one. I mean, I like it, and the artwork is still great, but I think perhaps Rogers may have been struggling a bit here…

And then it ends: They go off into a new dimension, never to be seen again.

The third issue is called just The Foozle, and reprints the first Foozle story from the Eclipse magazine, but this time in colour. And it doesn’t really suit Rogers’ artwork: It goes rather muddy.

And this story has nothing to do with the preceding one, so I wonder what the thought process here was… There’s no editorial or letters page to explain things.

And there’s a backup story by John Wooley and Terry Tidwell. That’s been signed by the creators!? How did that happen? I’ve had these comics since the mid-80s, and I didn’t recall that at all… Perhaps they signed all the copies? 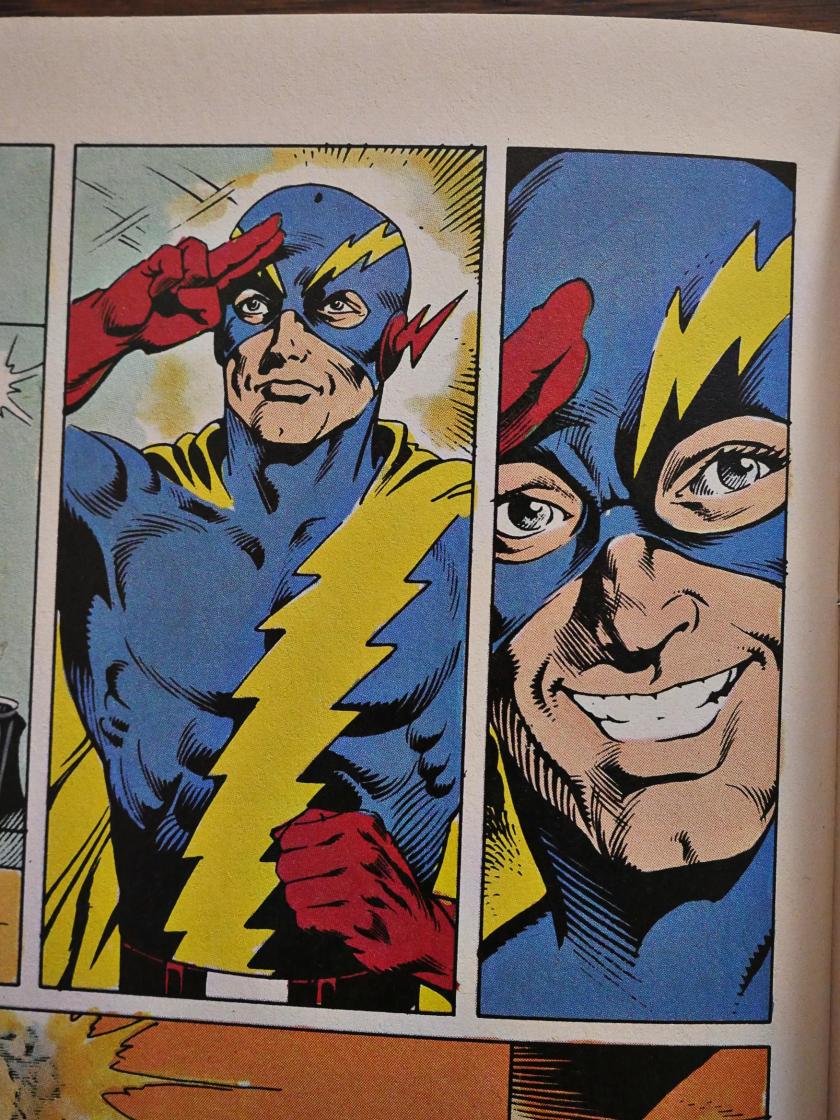 It’s not a good story.

The Foozle storyline has never been collected, which is a shame, because it’s so much fun. But it’s also understandable, because it would make a rather lopsided collection without much closure.