I wasn’t going to cover the comics released by Eclipse Comics off-shoot Independent Comics Group, but I bought this one by mistake, so let’s just have a look… 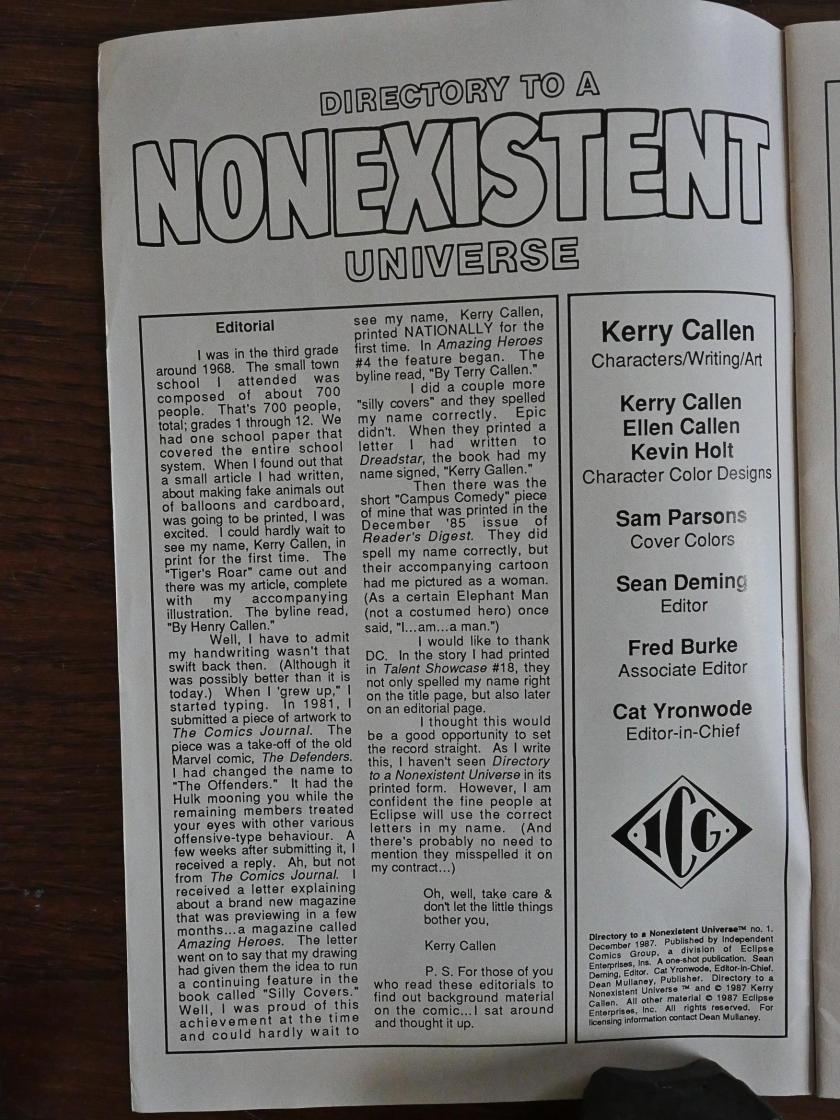 Independent Comics Group published a number of “index” comics, and the grand plan was to cover all comics published by DC Comics. They didn’t get very far, but did take a whack at some of the more popular characters, like Teen Titans. Those “real” indices were written by Murray R. Ward (and friends), and here we have a parody of those created by Kerry Callen (and friends).

So we get one newly made-up character per page, and a brief retelling of their origin stories (and whatever super-powers they may have). 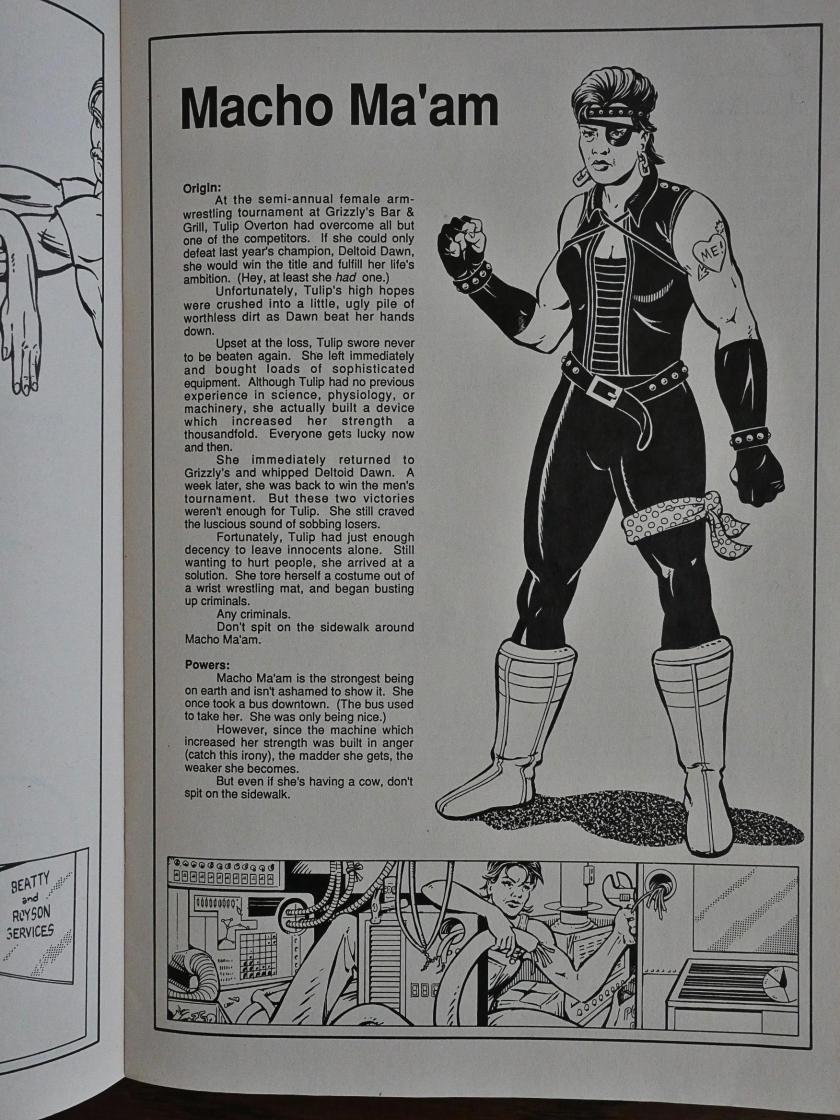 It’s not really that funny, is it? The origin stories are only slightly more weird than what’s being parodied, I guess. And the character designs are also kinda realistic, instead of being outrageous.

The issue wraps up with a short story featuring (almost) all the characters we’ve just been introduced to, and I guess it’s amusing. But not exactly earth-shattering.