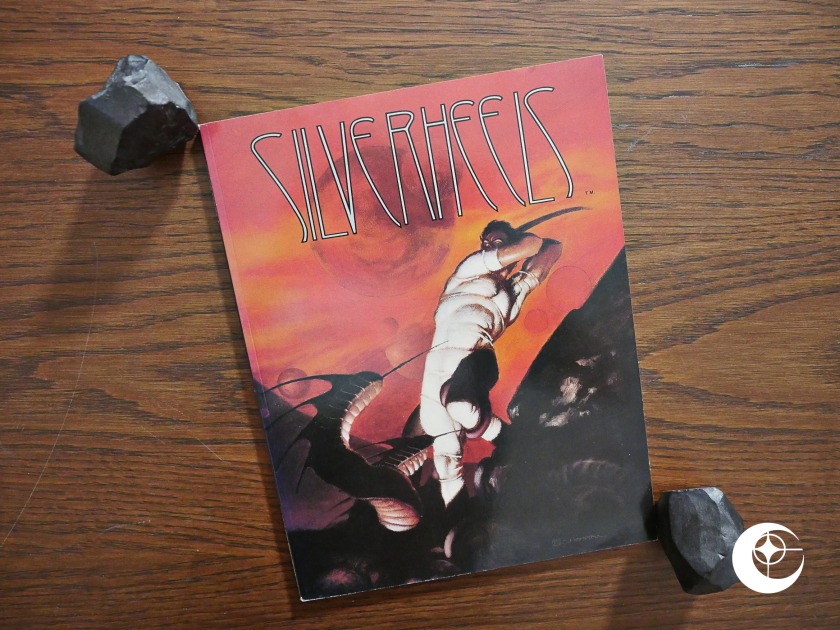 Silverheels was originally published by Pacific Comics as a regular-sized comic book series in 1983, but it cancelled after the third issue due to low sales. So Jones and Hampton finally finished it up four years later and Eclipse published it as a graphic novel. 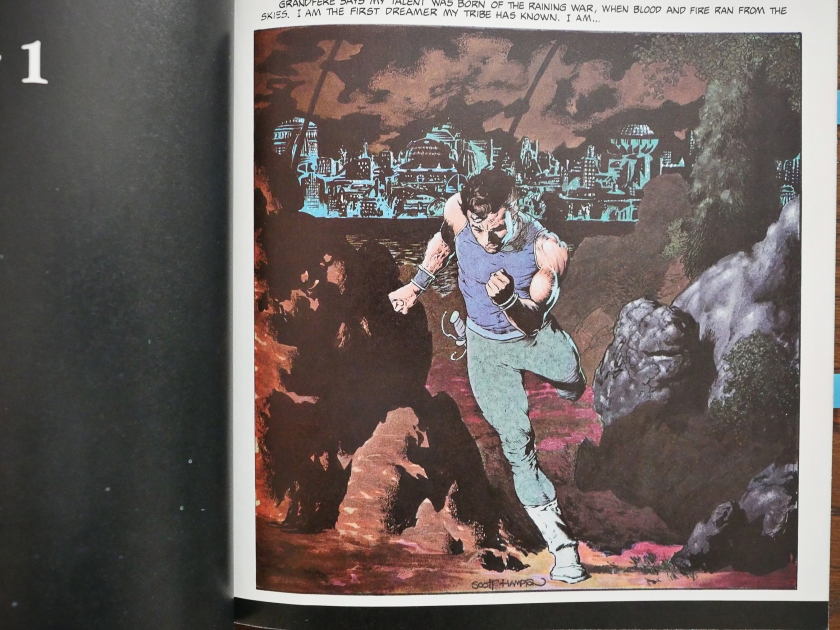 And it’s a lovely album. It’s printed on slick, shiny paper and printed with deep blacks and vibrant colours that shows off Hampton’s beautiful pages to great advantage. It’s a mixture of pen-and-ink with colours and fully-painted pages, I think, and is among Hampton’s lushest artwork. 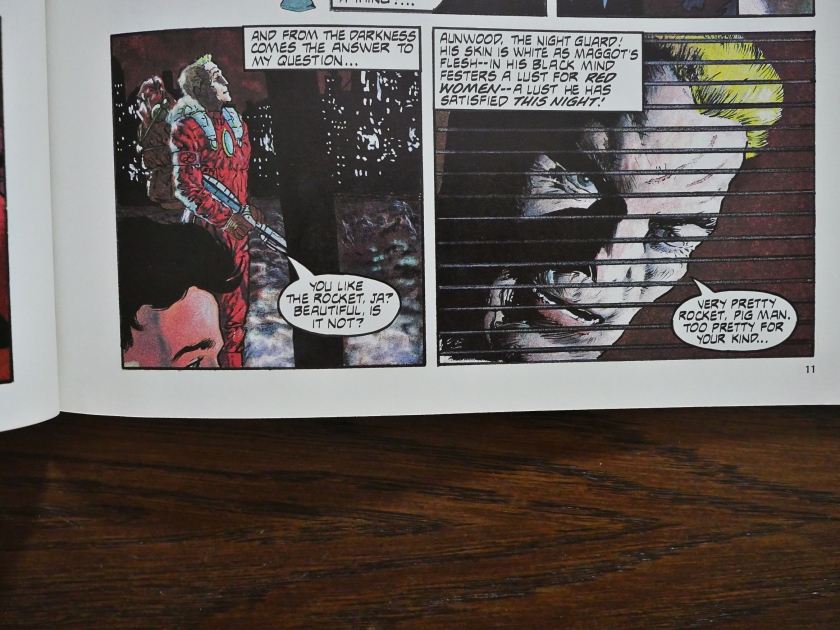 And I wonder whether he’d been peeking at Liberatore’s Ranxerox (which was serialised in Heavy Metal in the US), because some of his nastier blond(e) guys look rather Liberatoreish. And, yes, they’re called “nazites”. Because Bruce Jones. 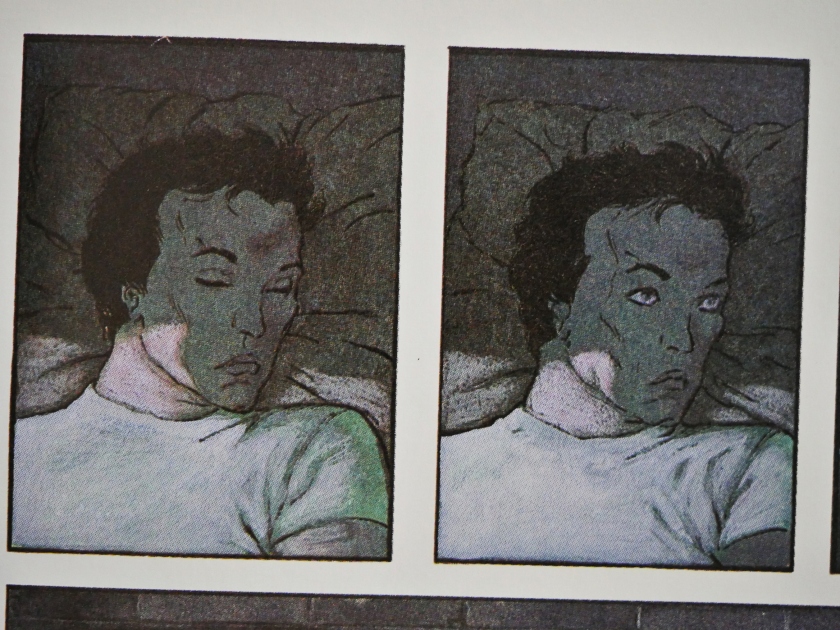 Hampton obvious relies a lot on photo reference, but still his faces sometimes go all weird. Here this guy goes all insectile for a couple of panels. 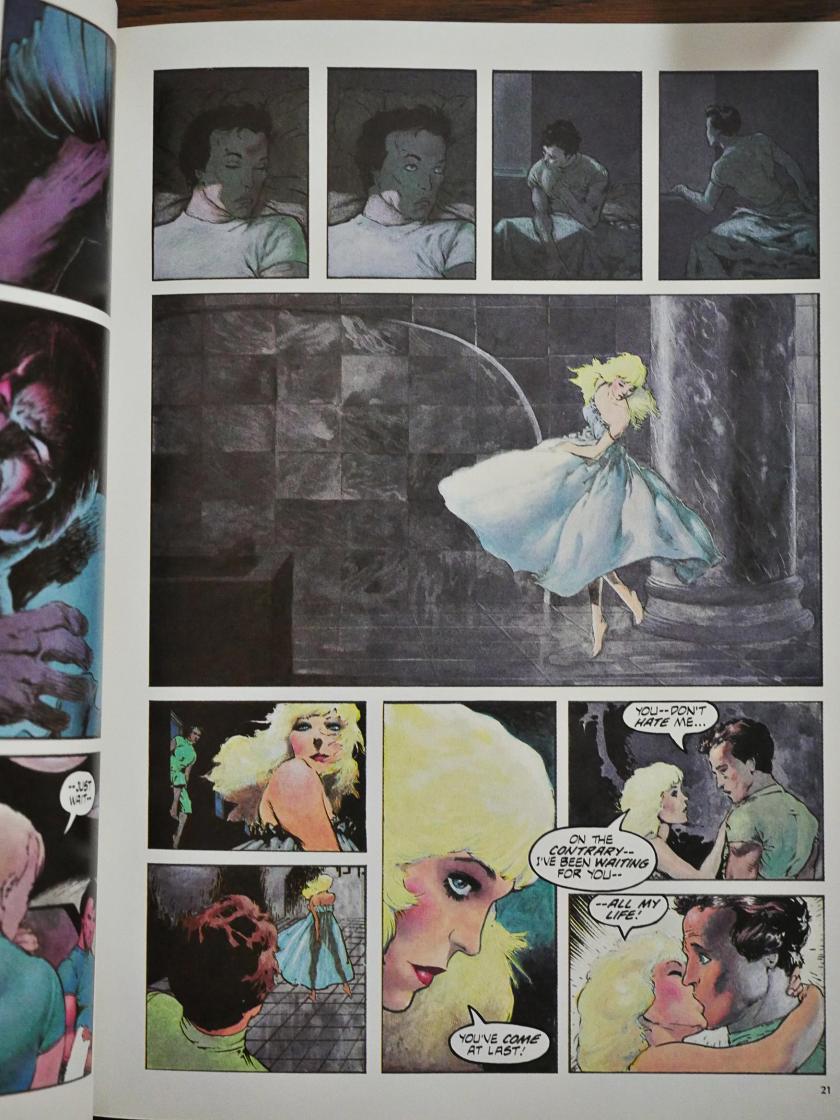 That’s a beautifully composed page, eh? And fortunately author Jones knows when to stay out of the way and not slather a bunch of words needlessly over these pages. 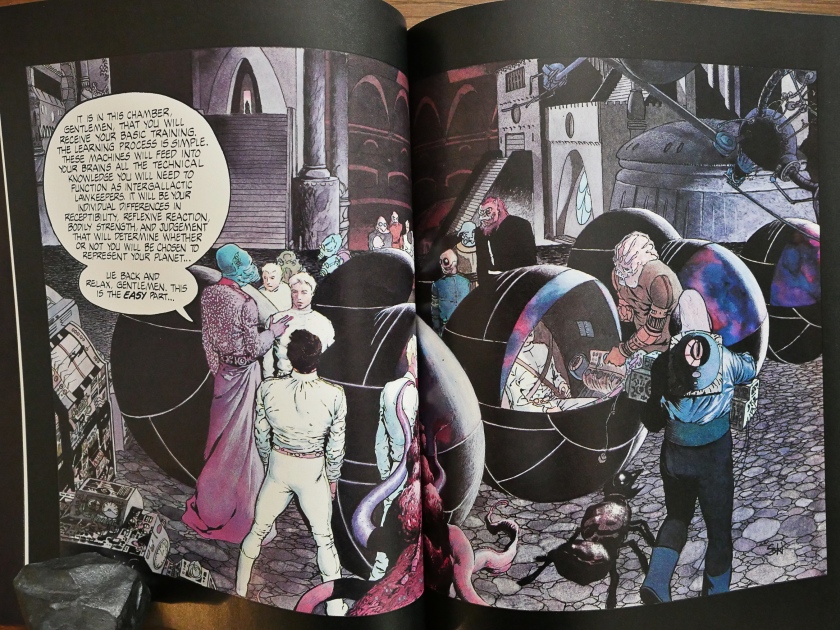 And suddenly! We get one panel that’s blown up across two pages. It’s a nice panel, but it seems rather random… 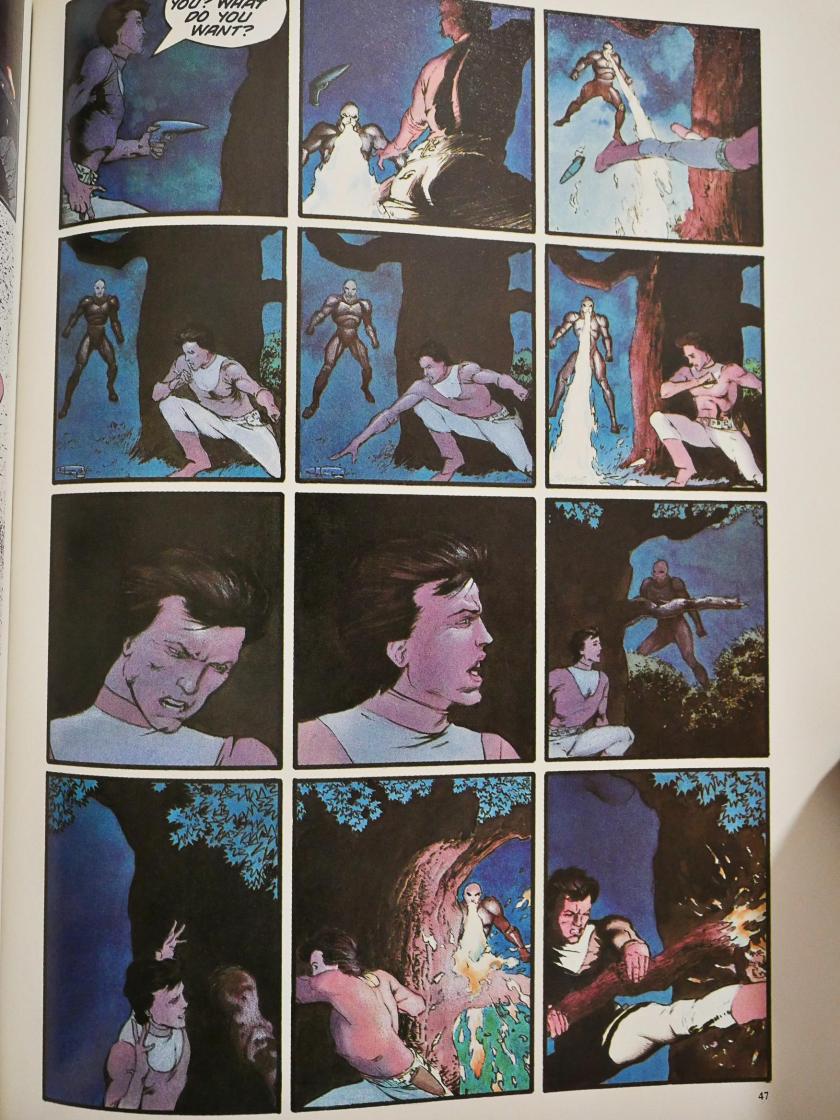 If Hampton has one weakness, it’s that not all his action pages work out. He tries to be cinematic, which is seldom a good idea in a comic book. 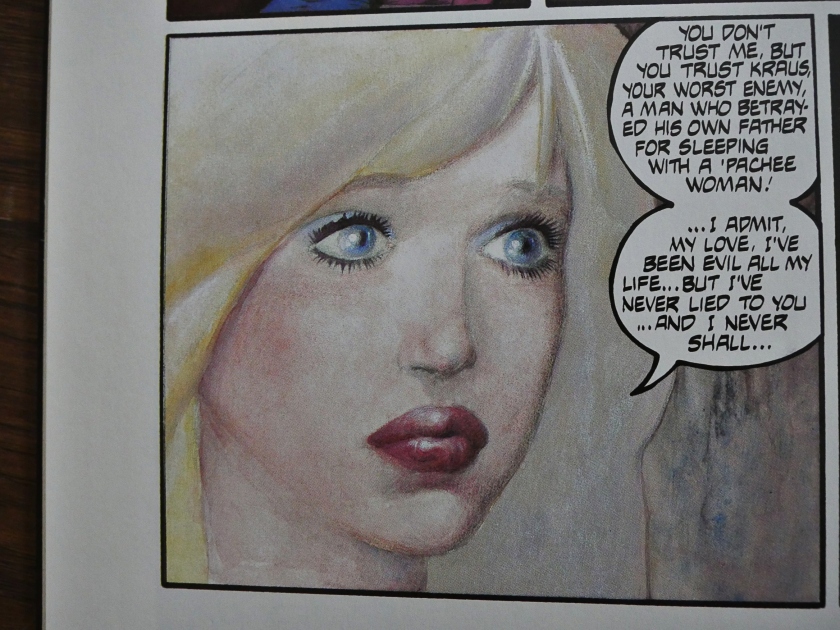 Oh, yeah, I forgot to mention much about the storyline, right? Well, never mind, because Bruce Jones mostly forgot to write it.

I mean, it’s… there, I guess, but it (and the dialogue) don’t really hold up well compared to the artwork. And the ending is a bit of a groaner, but Jones likes those, so I guess he did that on purpose.

But all in all: It’s a lovely, quick read. Unless you just sit there and stare at the pages.

The weird thing about this book is that it’s never been reprinted. And you can still buy copies of it for $8, in perfect condition, from Amazon, so they must have printed a buttload of these.

It’s difficult to find reviews of this book, but here’s one:

As always the lush painted art of Scott Hampton is utterly entrancing, and great story-telling is timeless so this book is one you’ll delight in over and over again.