I think this is Eclipse’s second publication, and it’s a strange choice for Eclipse: The first half dozen things they publish point to trying to distance themselves from super-hero fanboyisms, and here they are reprinting a column from The Comics Buyers Guide, the bastion of super-hero fandom at the time. 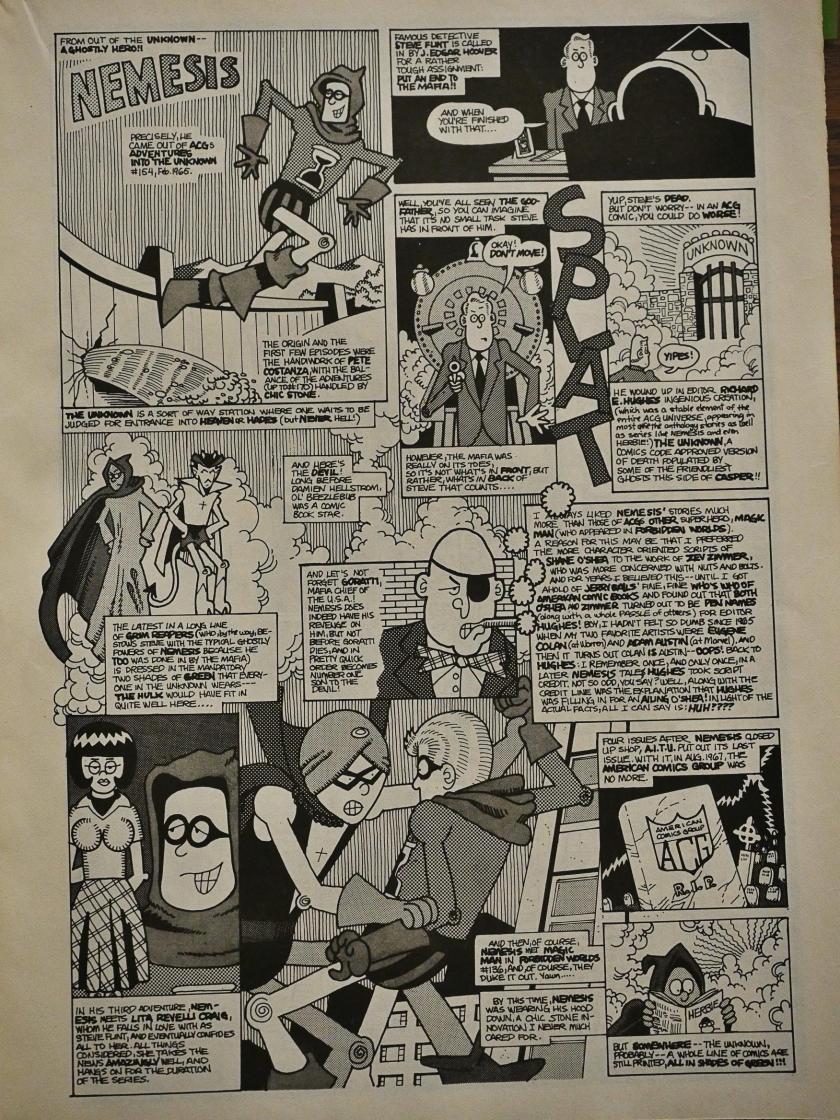 A number of strips deal with looking back to older, discontinued publishing lines. What a weirdo!

There’s a lot of pages that aren’t as imaginatively rendered as this one, though. 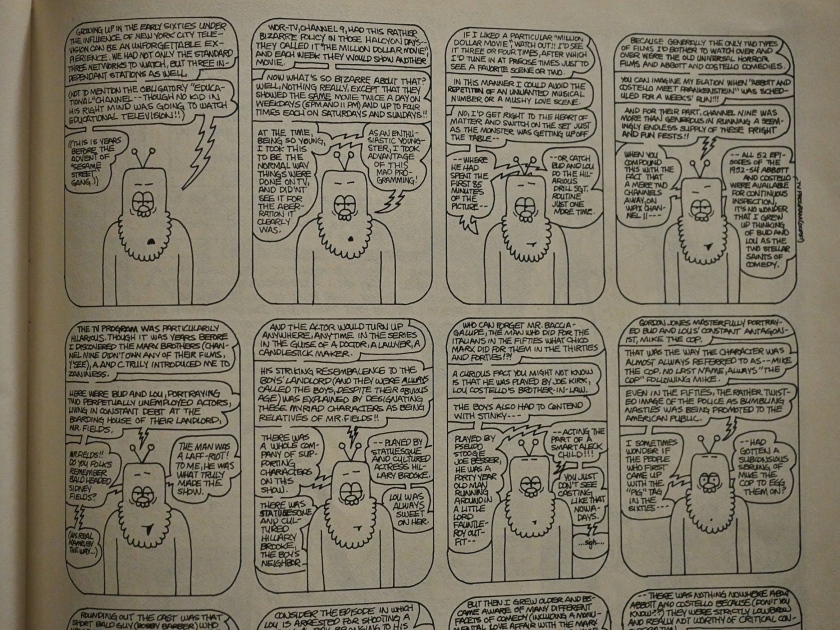 There’s a bit too much of this kind of thing, which is basically a preview of what it would be like to read blogs twenty years later. Only without as many panels.

I do remember reading this page as a child, though. I thought it was a fascinating glimpse into a different reality: I grew up with a single TV channel, and reading about somebody growing up with cable… with a programming policy as kooky as that… it was just mind-boggling.

Not all the pages were equally fascinating, though. 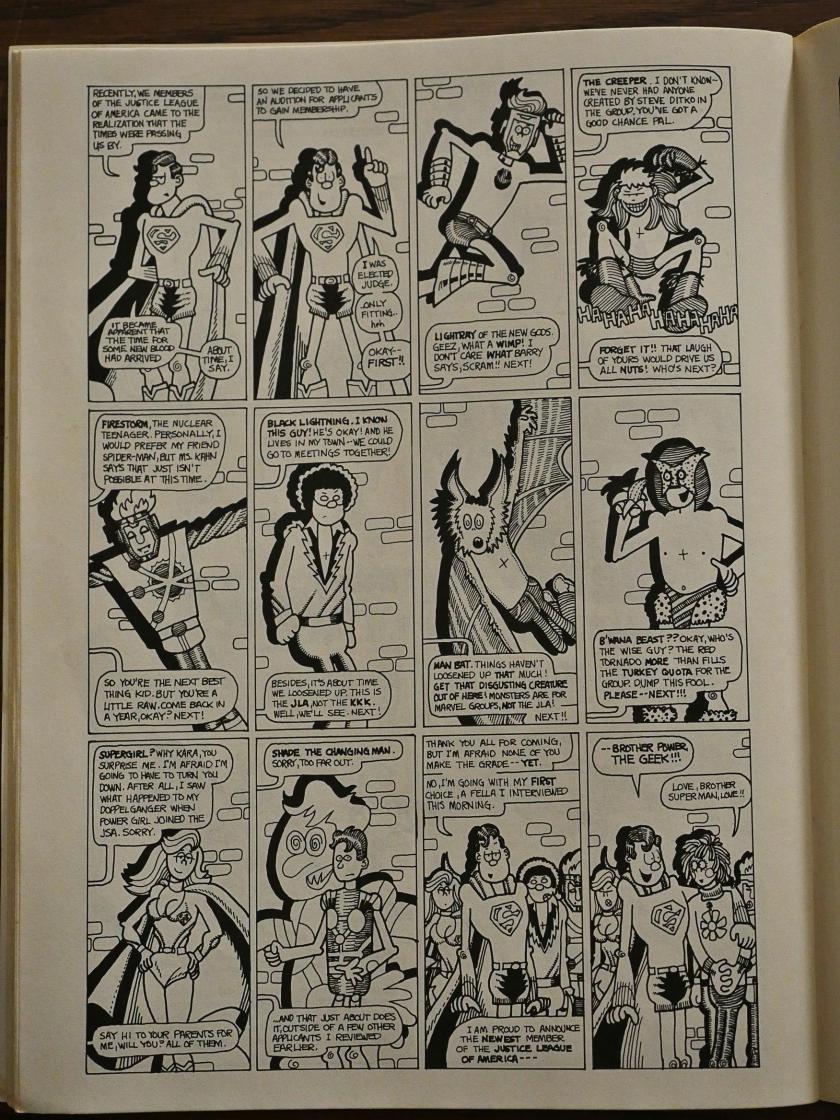 But you have to admire that charming swirly-knee drawing style.

Eclipse published one issue of this, and then Hembeck moved to Fantaco, who reprinted this issue and published a bunch more.