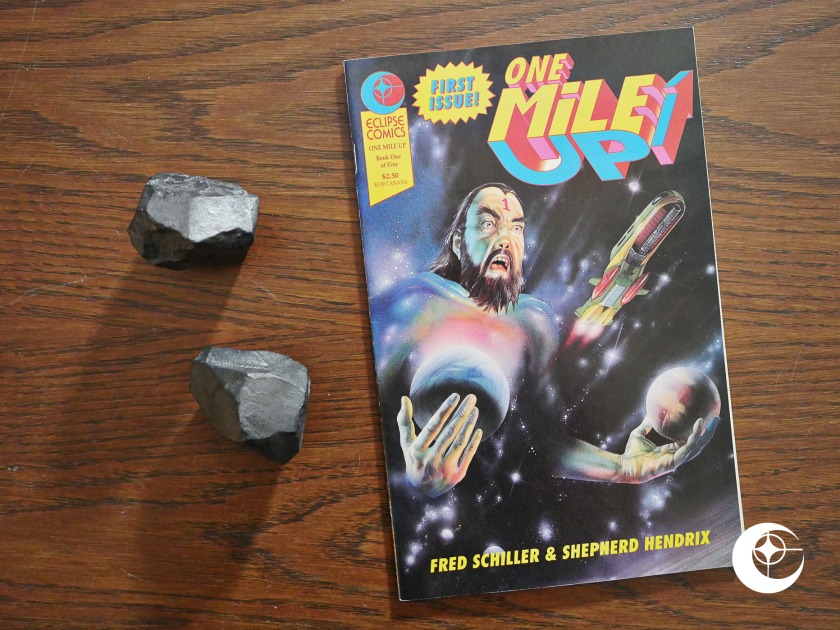 The in-house Eclipse ads touted this as being something for fans of Japanese comics. 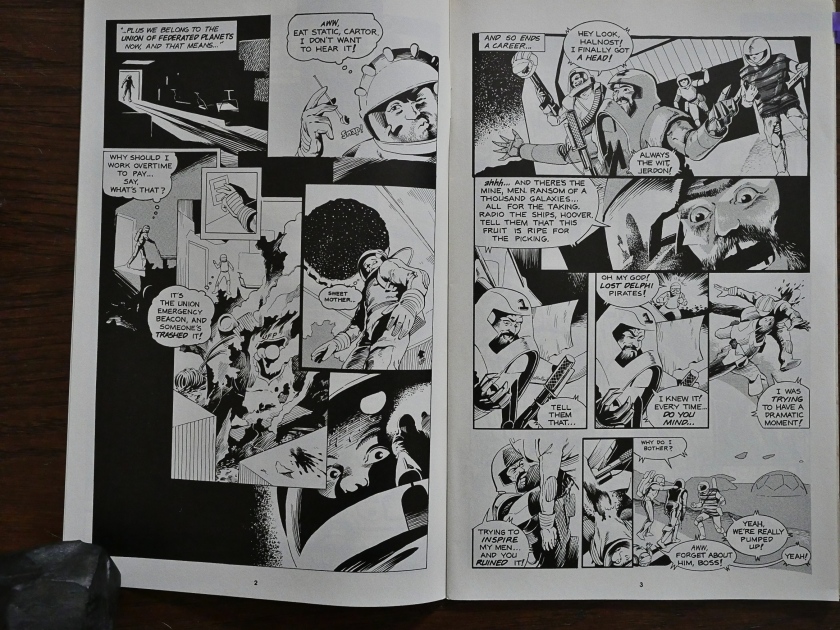 And while the figures and artwork doesn’t really look very Japanese, there’s something about the layouts and the way the action happens (i.e., everything at the same time for maximum confusion and excitement) that suggests that the writer has been reading lots of Japanese children’s comics.

However, if you’re going to pull that shit off, you have to know the tricks, and these people don’t. Most of the pages verge on the unreadable and you have to backtrack to get what you missed to be able to interpret just the hell what’s going on. And for a reader to have that patience, there has to be something worth it in the story, and…

There almost is. It’s a pretty standard sci fi soldier setup, but it’s got charm. I feel that if they’d given the story a bit more room to breathe, this could have been a pretty fun read. I particularly liked the bar scene. It was almost coherent. 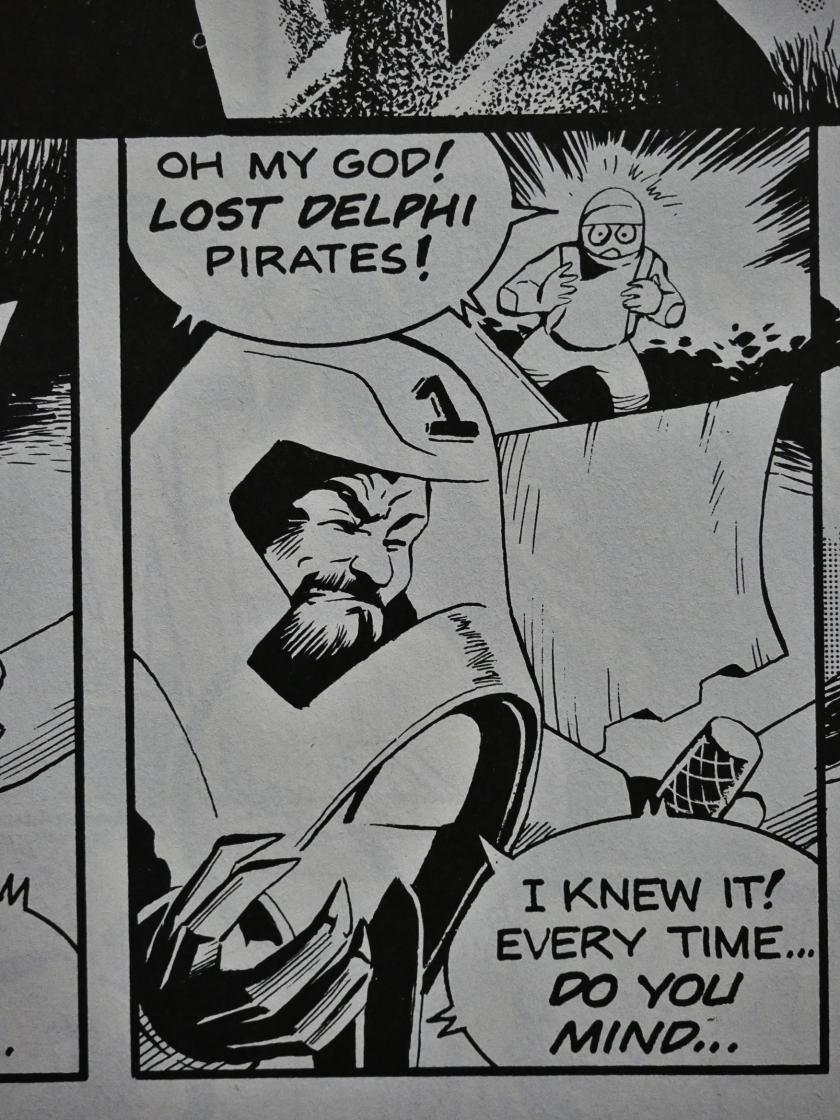 I know it’s meant to be funny, but having gundam suits that fall over when you tap them isn’t good engineering. I mean, it’s a badly engineered joke. 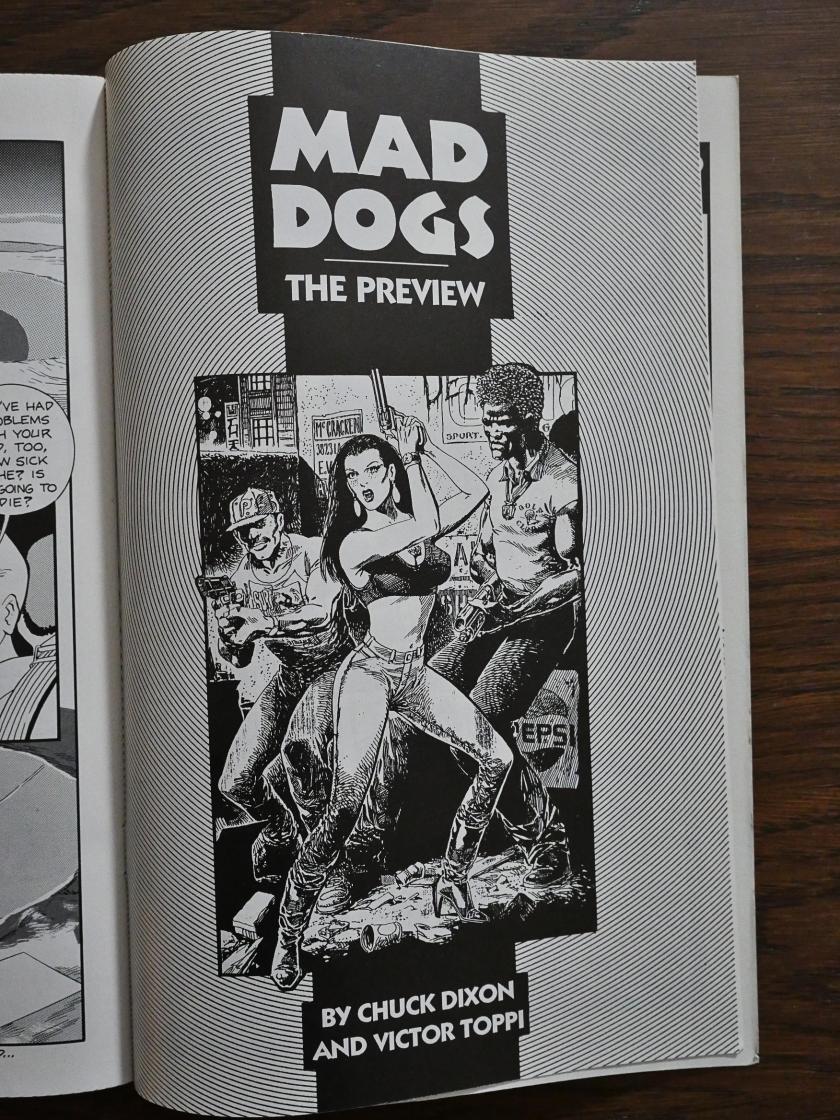 And then we get a preview for Mad Dogs, which we’ll cover later.

This was a projected five part series, but only one issue was published.

I haven’t read any of the comics Eclipse published over the next couple of years, but looking at the list, it’s like we’re back to 1986 with parody comics and cheap black and white comics from not very famous creators dominating. Eclipse had huge money problems at the time, which explains why they’re trying to get some cheap stuff out there, and I guess this is the first comic in that wave.

The story was never picked up by any other publisher, and nobody was much impressed:

You’ve got neophyte mecha-jockeys waging brutal war versus cartoony Bad Guys against a backdrop of intergalactic political conspiracies and the requisite lashings of personal melodrama and an adequate facimile of the boilerplate manga art style.

One Mile Up gives the impression of being a labor of love crafted by a pair of dedicate fans, and therein lies its fatal flaw. While it’s clear that the creators really, really cared about paying homage to the source material, they tragically forgot to give the audience its own reason to give a shit.