I’m not doing all of the “trading” card sets Eclipse published, just the ones that strike me as possibly interesting. After writing about three of their more political card collections, I thought that this was going to be a non-political funny one. 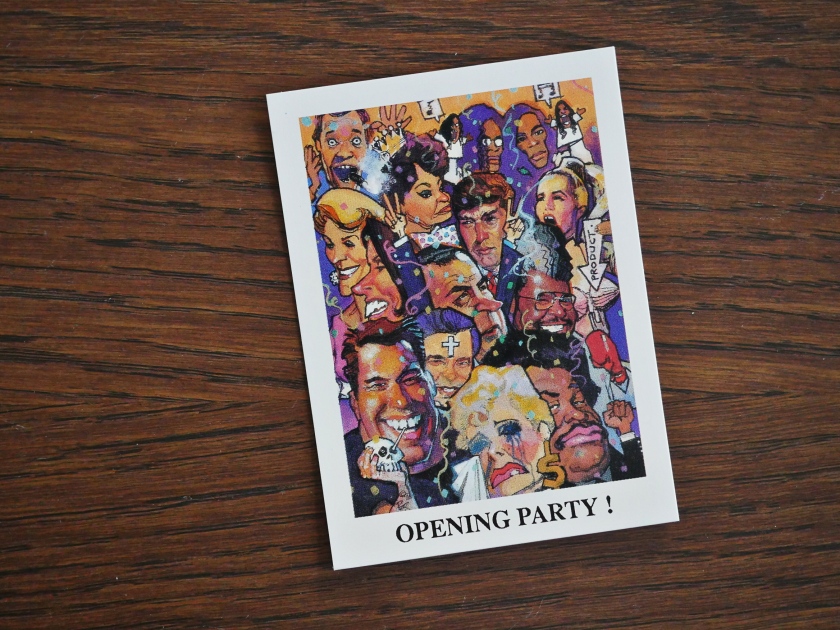 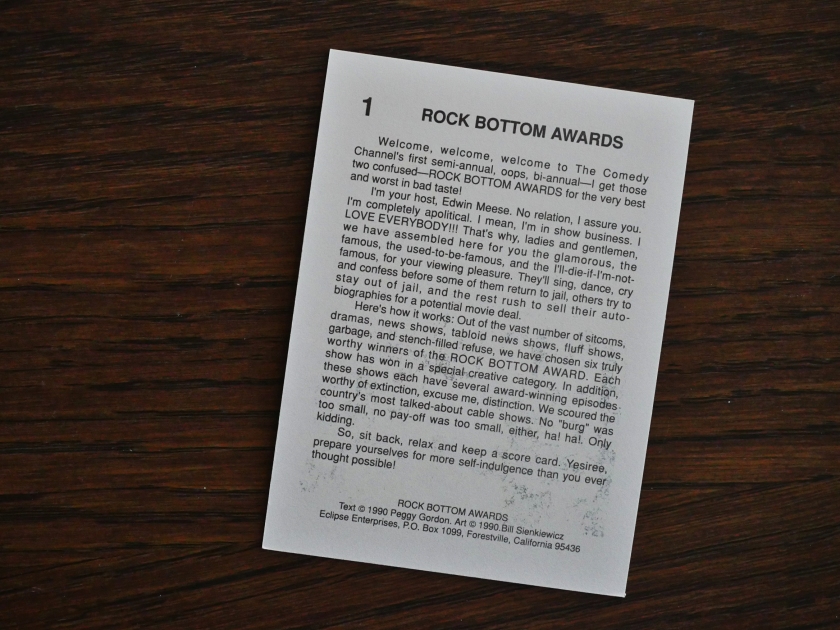 I mean, they’re billed as being written by a writer at Comedy Channel, and while Sienkiewicz had done several of the current events cards, I thought it might be fun to see him take on some pop culture people.

But… nope. These cards mostly stick to political figures, and natter on about… I don’t know, but it’s not funny. 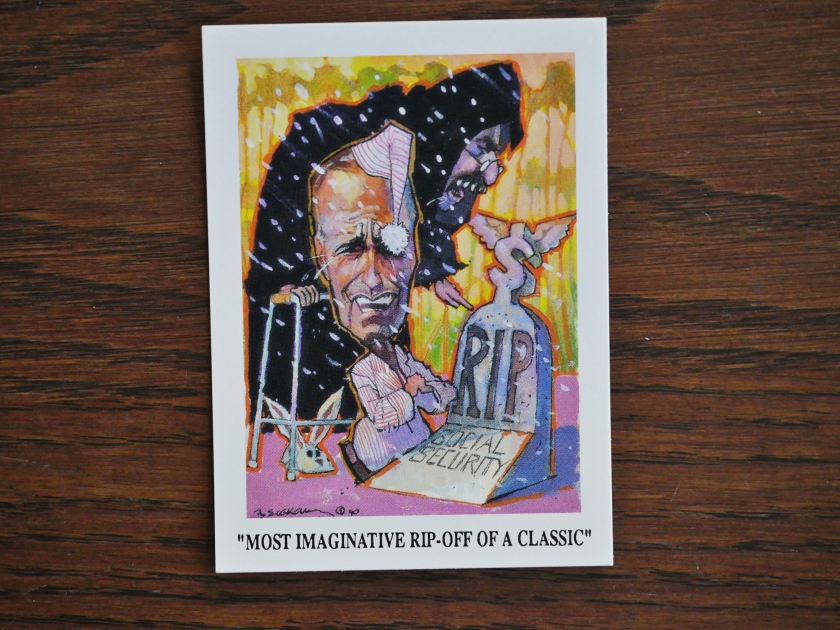 So I can see where Gordon’s going with this little skit, for instance. The republicans doing a version of A Christmas Carol subtitled On Your Knees, Pig certainly has potential, but…

When Gordon moves from current events into pop culture, her targets are so painfully obvious and so close to what they did that it all kinda falls flat, doesn’t it? I mean, making fun of Madonna for being too undressed is… I don’t know. Boring? Is that the right word? I think it is.

So the attraction here is virtually all Sienkiewicz’ artwork, and it’s pretty good, even if he doesn’t really get the likeness of the people he portray. Above’s some miscreant called Donald Trump…

… who was apparently some aging autocrat that we’ll probably never hear of again.

We learn here that Sienkiewicz was doing a graphic novel called Five Glories. When googling for “bill sienkiewicz” “five glories” I get 0 (zero) results, so I’m guessing that never happened? 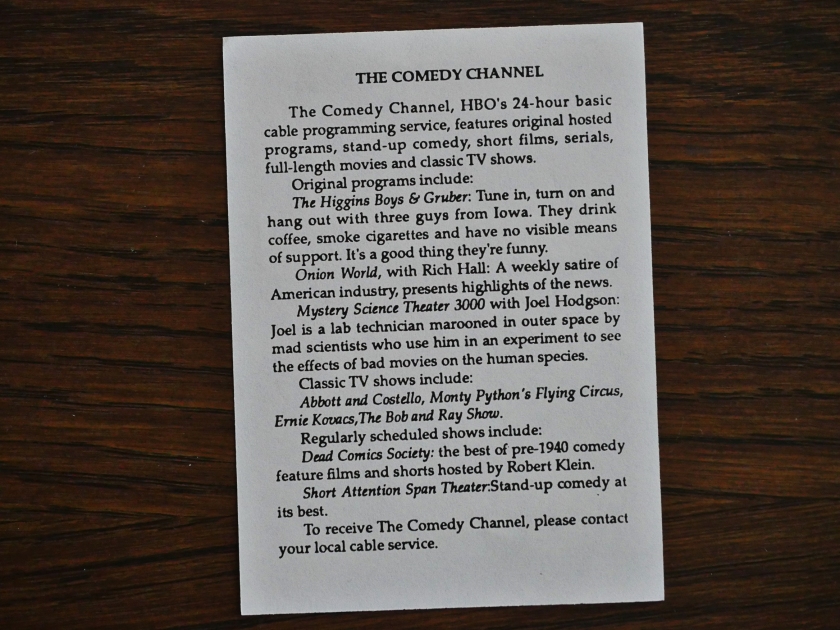 And we get an overview of what shows that you can watch on the Comedy Channel.