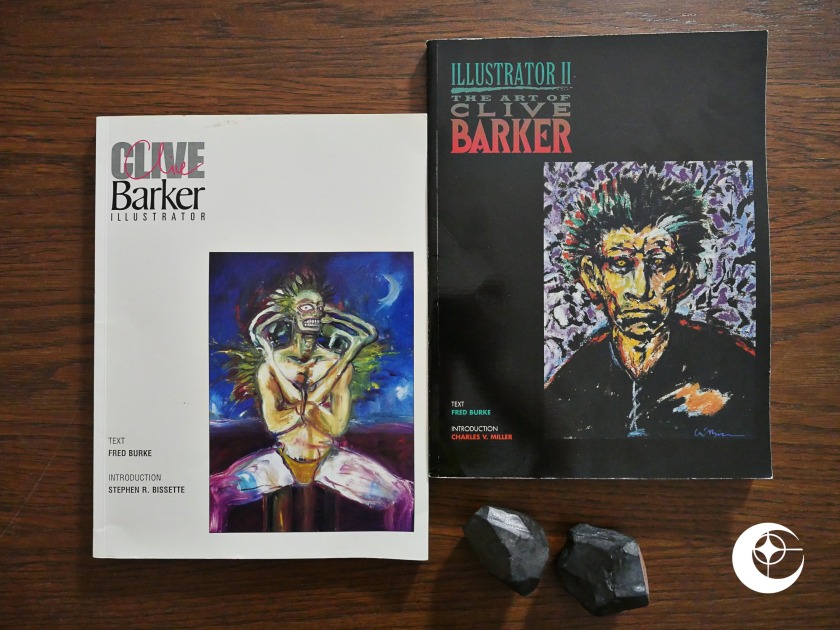 Eclipse continues their Clive Barker publishing strategy after Tapping the Vein and a portfolio or two.

Barker arrived at Eclipse via Steve Niles, who had gotten the rights to do comics adaptations of the Books of Blood short stories, and he’s the editor of the first volume of these art books. 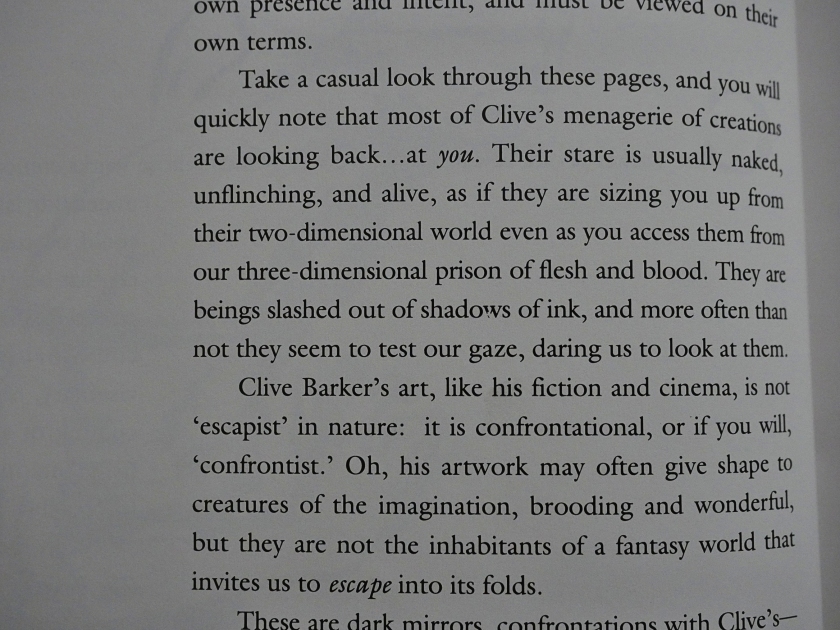 Steven Bissette does the introduction and we’re told that the artworks stares back… at US! 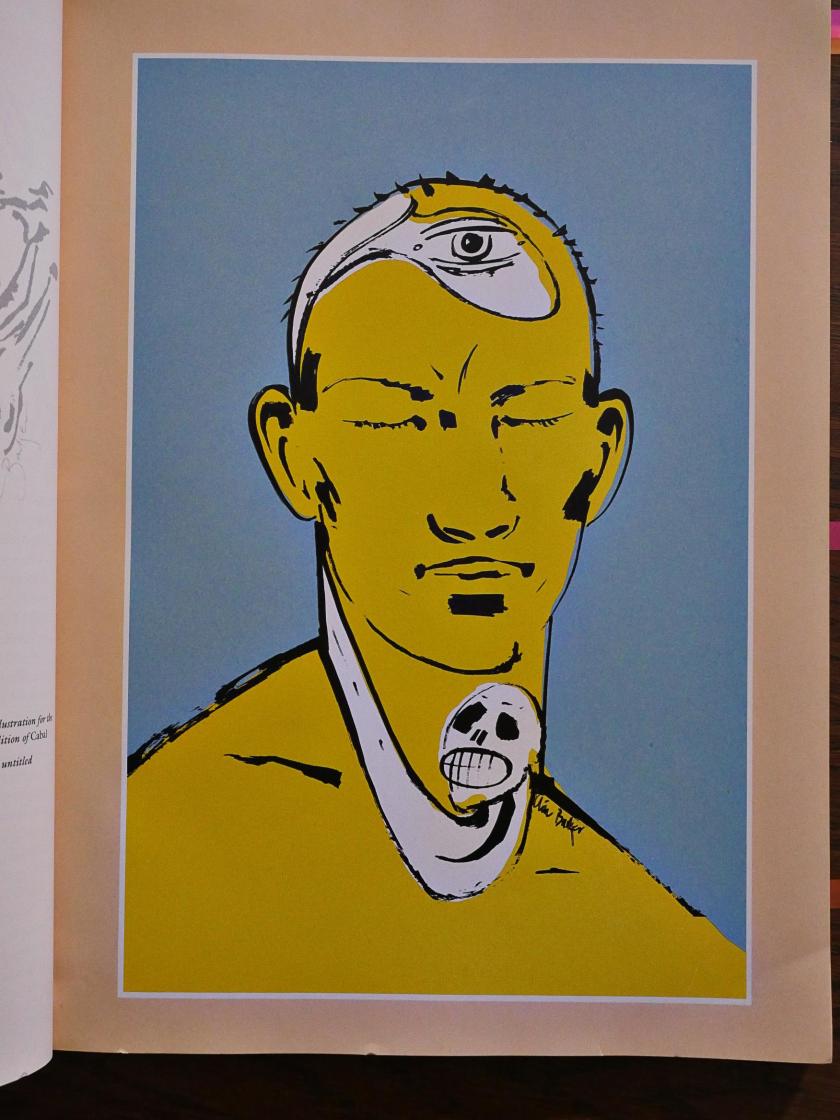 Anyway, both volumes start off with a colour section.

The first volume’s colour section doesn’t say a peep about where these works are from, but I… think… that’s the cover of one of the Books of Blood er books?

That’s basically my main reservation about the first volume: We aren’t told anything about where these drawings and paintings originated, or even when they’re from. But the reproductions are very good: The ink drawings have a very stark and assertive presence on the pages.

While the other is very ink-and-brush.

Oh, yeah, the text. It’s mostly one long Barker interview, but Burke fills in gamely with many an observation about the artwork. Unfortunately, none of his observations about these works are accompanied by the stuff he’s referring to. None of them. It’s just incredibly sloppy editing and design work on Eclipse’s part.

Ah! It’s like my complaints reverberated back into the past and made the second volume better from a reference point of view: Here all the works are clearly marked, not just with a date, but they also say what media each work was done in. Nice.

And by the time the second volume was released, Barker had an art showing that was apparently a huge success.

Some people poo-pooed the “Illustrator” bit in the title of these books, apparently.

Design-wise… the second book is a lot more cluttered. I’m guessing it was done in InDesign or some other desktop publishing thing. It has all the hallmarks of a non-professional designer slapping things onto the screen.

But it’s still nice. I mean, I’m not really a Barker fan. I loved reading Books of Blood in the 80s, and I thought Hellraiser was really scary, but I lost track of him after… Weaveworld? Which was a good book, but… Hm… What was the reason I stopped reading him, anyway? I think I found him getting a bit prosy. 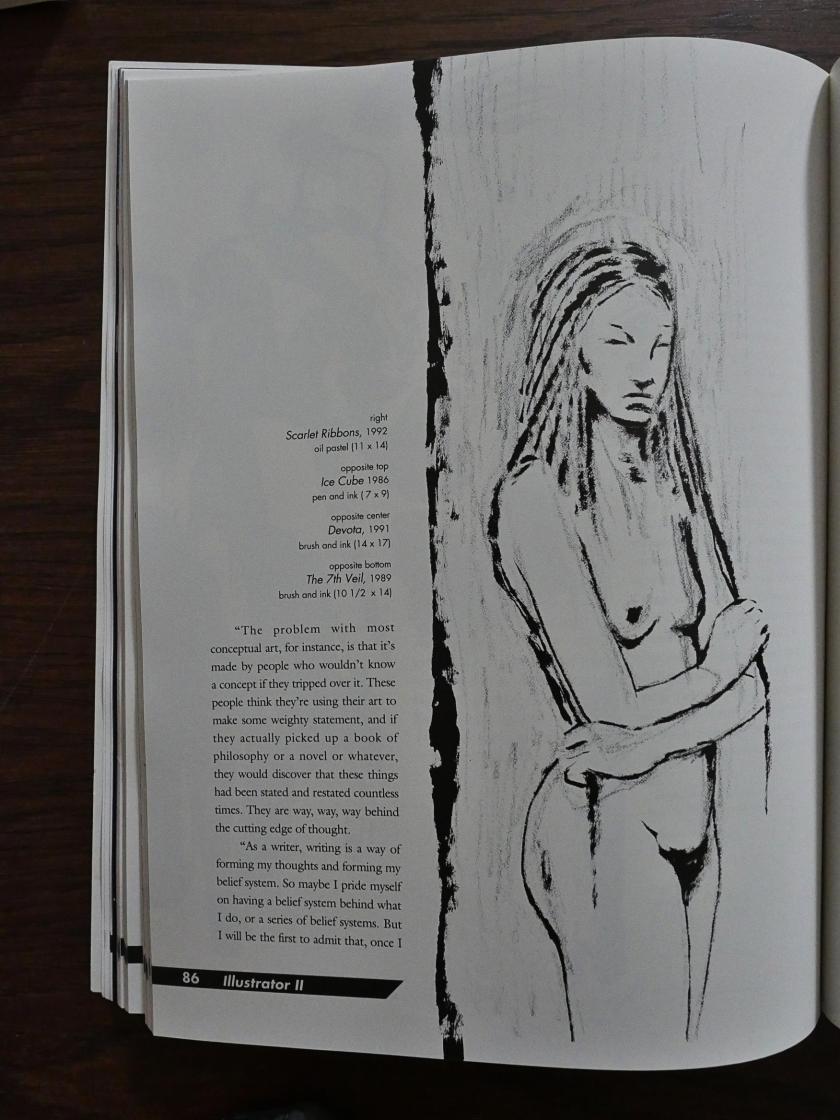 And the text part of the second volume is Barker talking and talking and talking. Burke uses almost none of the space for his own reflections: It’s basically just an interview this time over, and I have to say that I just didn’t find Barker’s musings on art (he doesn’t like paintings of apples and conceptual artists are stupid (I’m summarising, but I don’t think I’m being unfair)) are jejune.

My own musings about Eclipse comics are endlessly fascinating, I’m sure you’ll agree. I’m sure, I said!