This micro-series reprints comics drawn by John Bolton (who was a somewhat big deal at this point) previously published in a British magazine:

It’s not specified what magazine this is, because that would be too easy. A bit of googling indicates that the publication in question might be The House of Hammer, and it’s from 1977, so years before the British comics explosion.

Dez Skinn (editor of Warrior magazine), where that aforementioned explosion would later take place is involved with this publication somehow. At first I thought the “adapted” meant that these stories were adaptations of a different work, but that seems rather unlikely. Especially as no author is named. So Skinn prepared these comics for publication?

Here’s the setup for the framing sequences: We’re (by our proxy up there) invited to join a special club: A club where only monsters are allowed. But don’t worry, a friendly vampire will protect us.

And once in that club, the vampire tells us stories of various monster… this is the werewolf one, I guess. (It’s been several minutes since I read the comic, so I’m not quite sure.)

Bolton’s layouts are sometimes a bit on the confusing side, and the some of the artwork hasn’t survived being miniaturised for US publication.

But he was pretty good at some things even back in 1977. (If that’s when these are from.)

Oh, I forgot to mention that Steve Moore wrote most of these stories. They’re not very good. 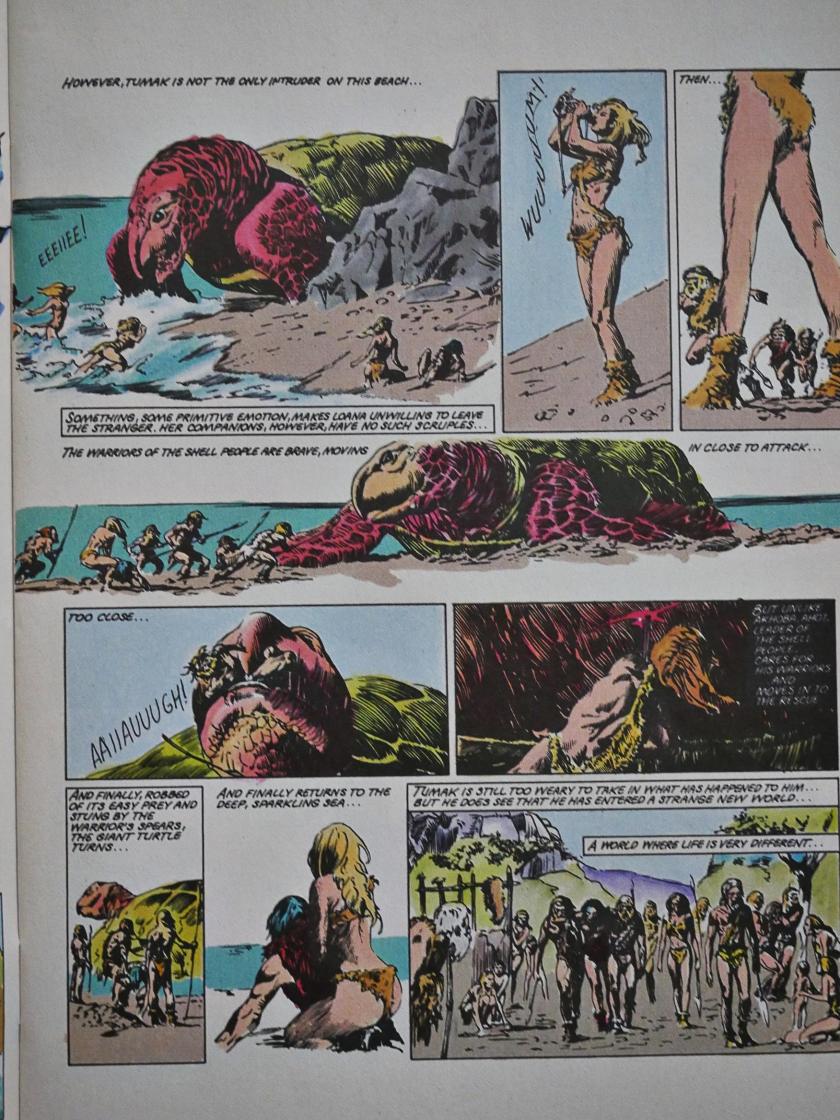 It’s basically random monster stuff, with one trip back to olden days when people used to fight dinosaurs.

I think the most successful couple of pages are the ones from the club where there’s a stripper who strips very very thoroughly. 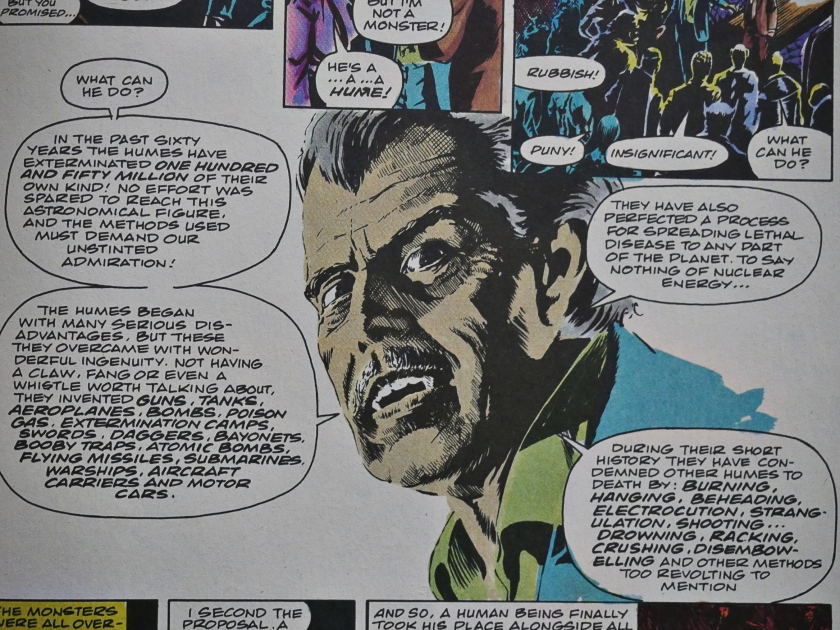 And then it turns out that the greatest monster of them all is… Humans!

There was some additional space at the end of the second issue so they added a little tale of priests and demons. It’s uncredited, but that does look a bit like Bolton.

John Bolton continued to work in comics, and has mostly done horror comics, I think, and most of them are painted instead of pencil and ink as here.

I think we’ll revisit Bolton later in this blog series when we come to the Clive Barker adaptations.