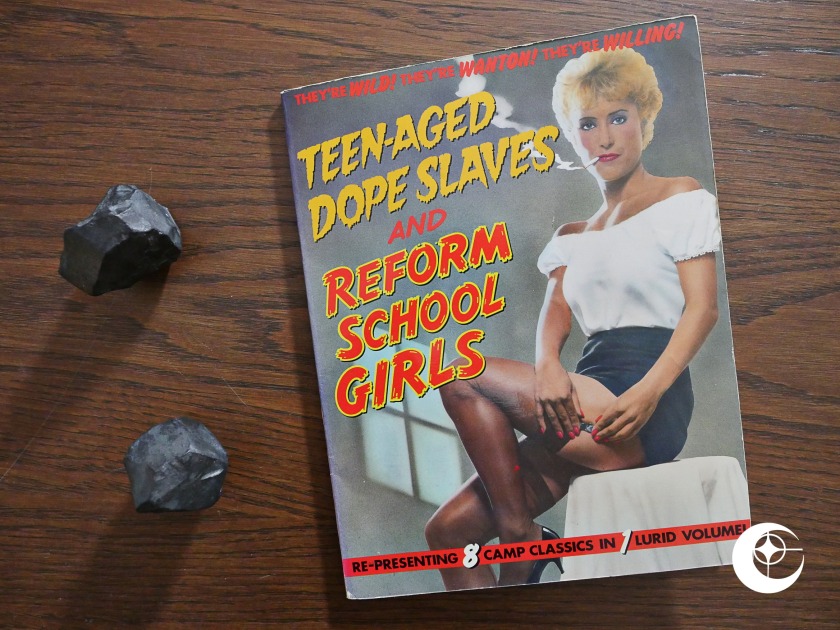 Yet another collection of pre-code comics. I had no idea that Eclipse did so many of these. And they’ve got a pretty decent taste level, so I’m looking forward to reading this. 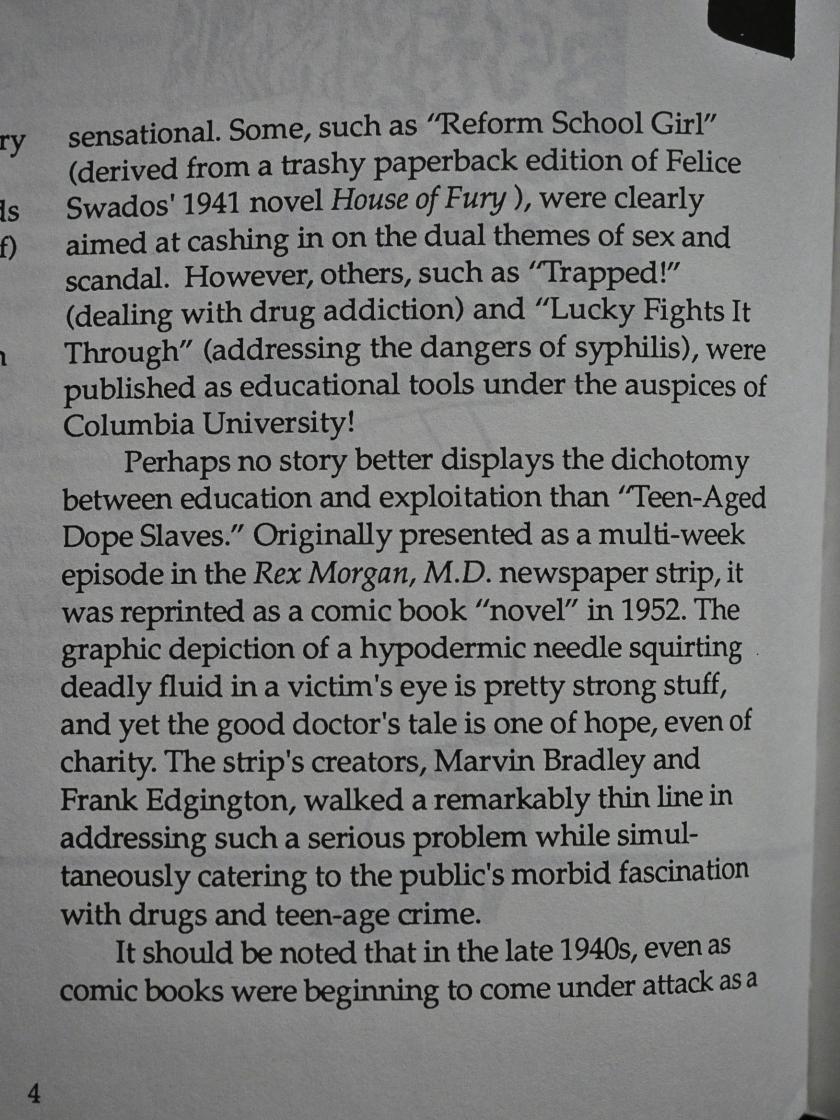 Editor Mullaney gives some context to these stories in the introduction. It’s an odd grab-bag of… things. Most of these lurid pieces are from normal 40s/50s comic books, but a couple are from educational comics released by a University, and one has its origin as a newspaper strip that had been reformatted into a comic book. 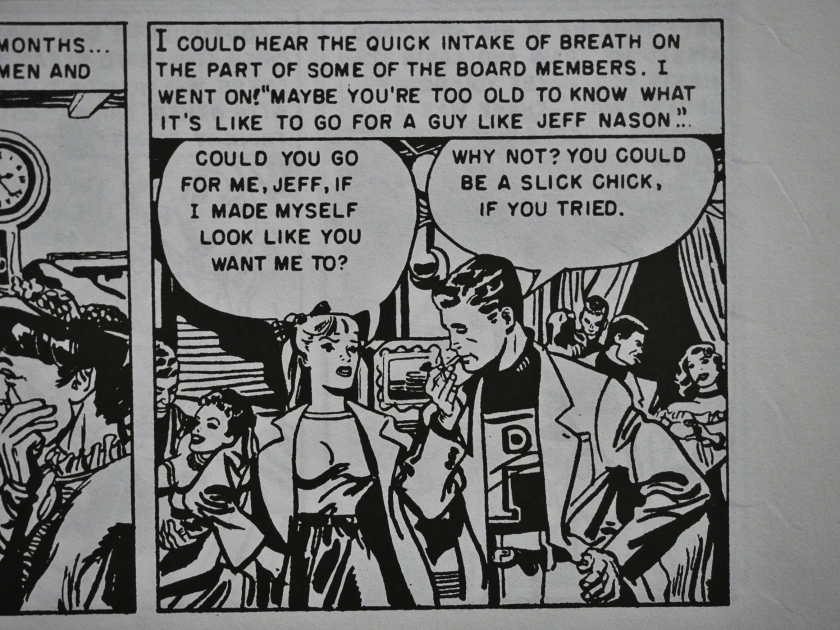 And these stories are, indeed, very entertaining. Here we see a typical dating situation in the 50s. 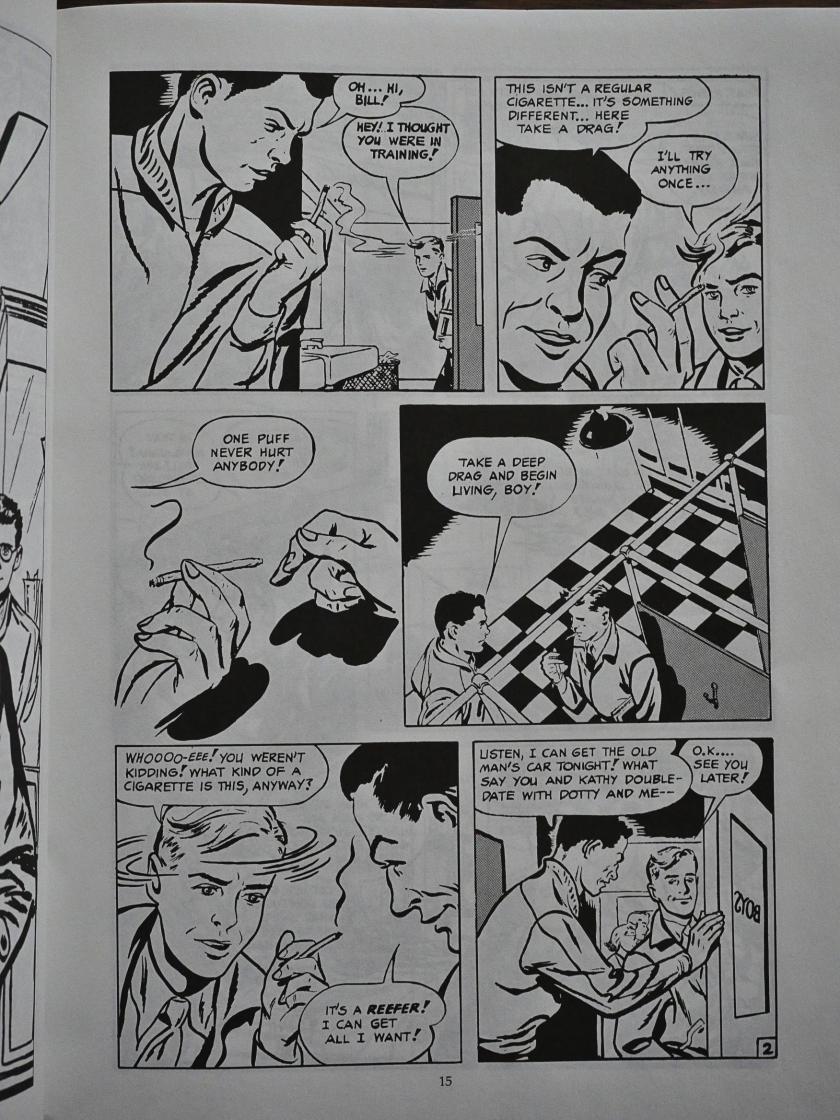 And while all these stories try do tell you that crime and drugs are bad for you, most of them make it seem like such great fun. 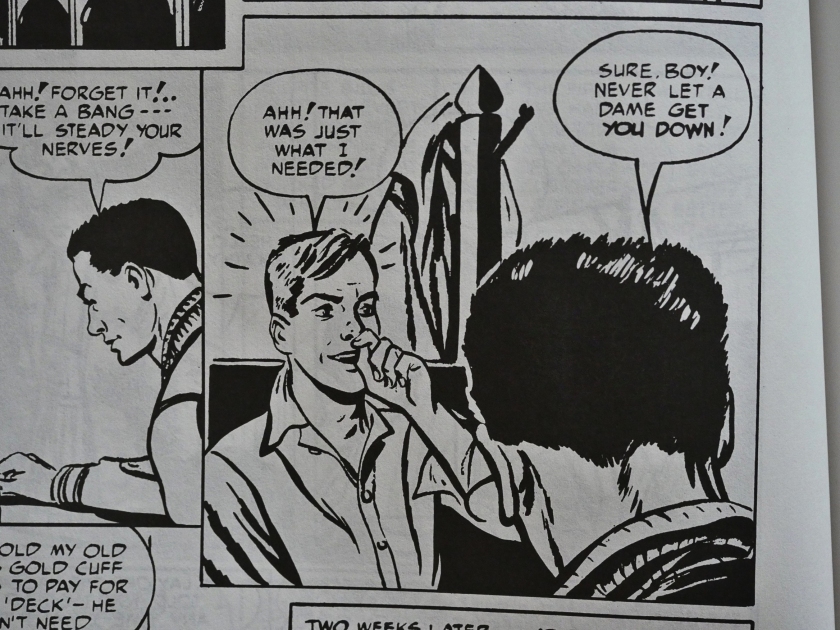 Snorting heroin is just what everybody needs! Perks you right up! 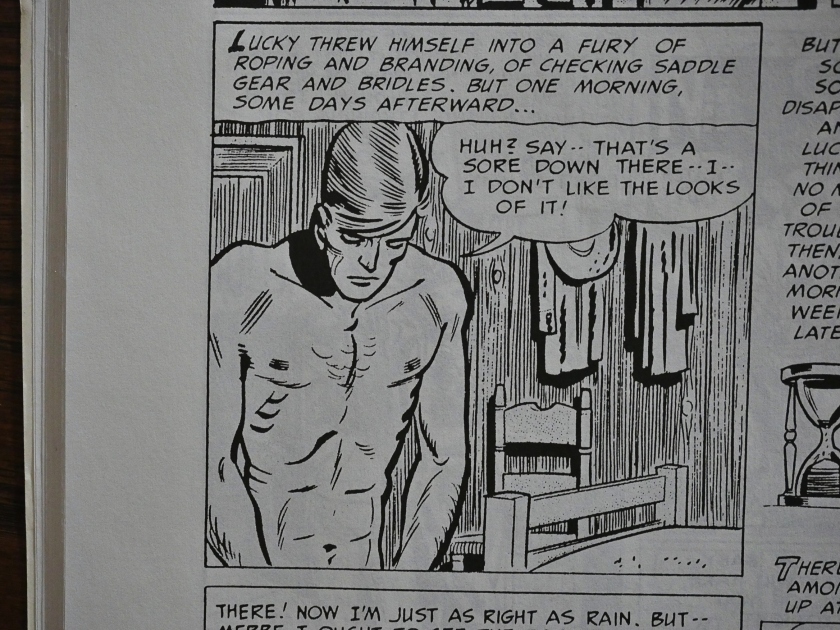 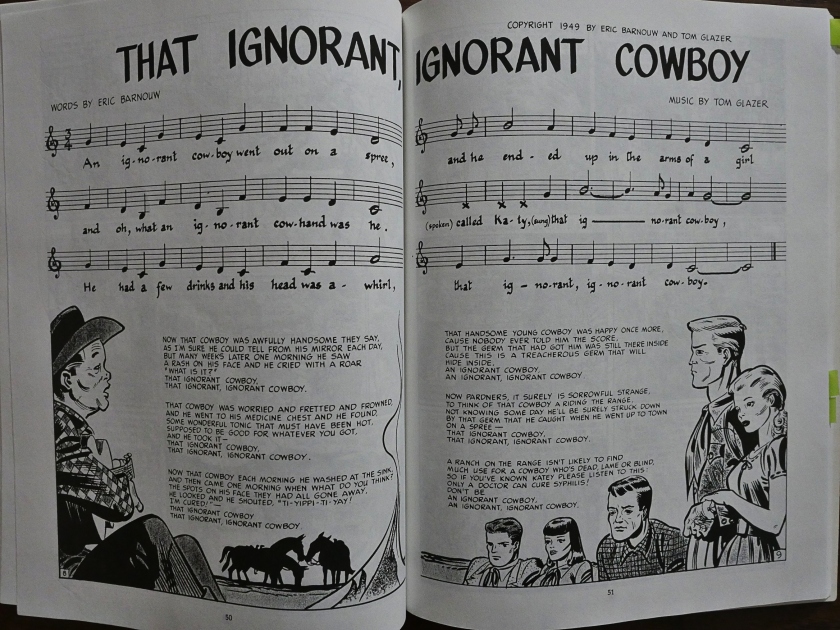 There’s even a sing-a-long tune! 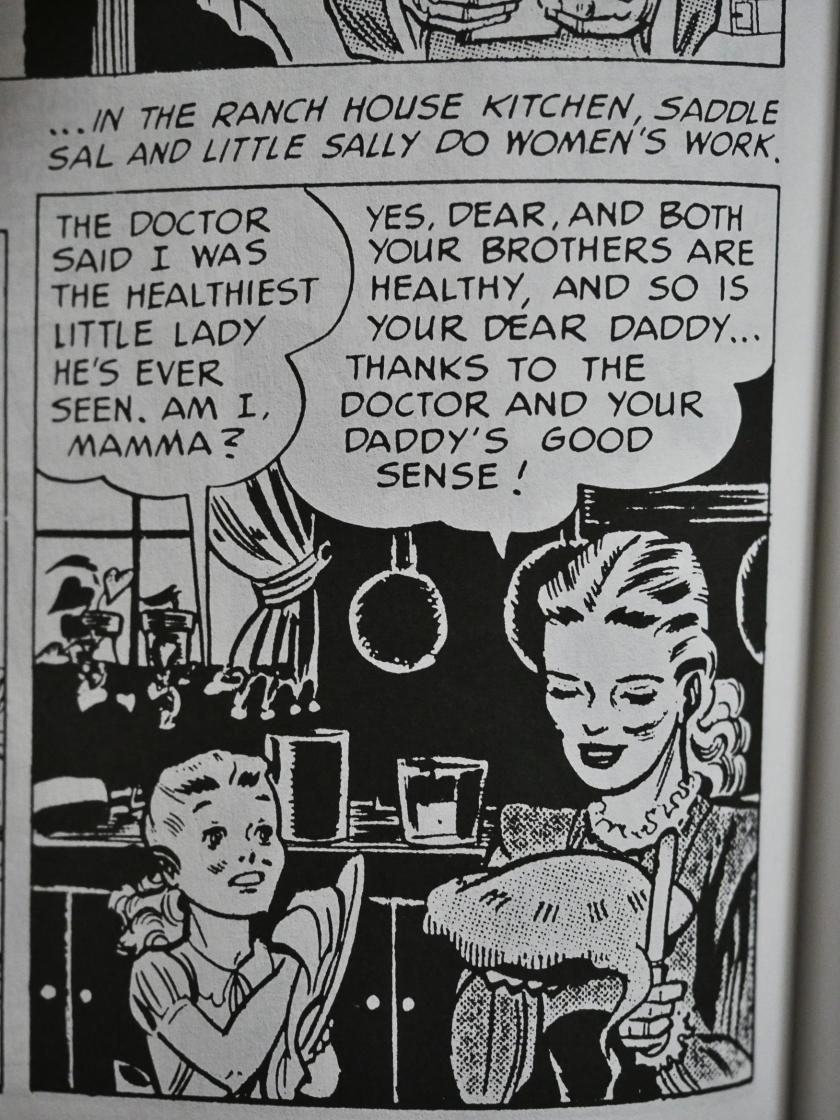 It all ends very happily with Saddle Sal apparently stopping working and raising children that, look!, aren’t syphilitic, either!

Moral: Visit the doctor after a prostitute roofies you and has sex with you while you’re unconscious. I’ve learned my lesson. 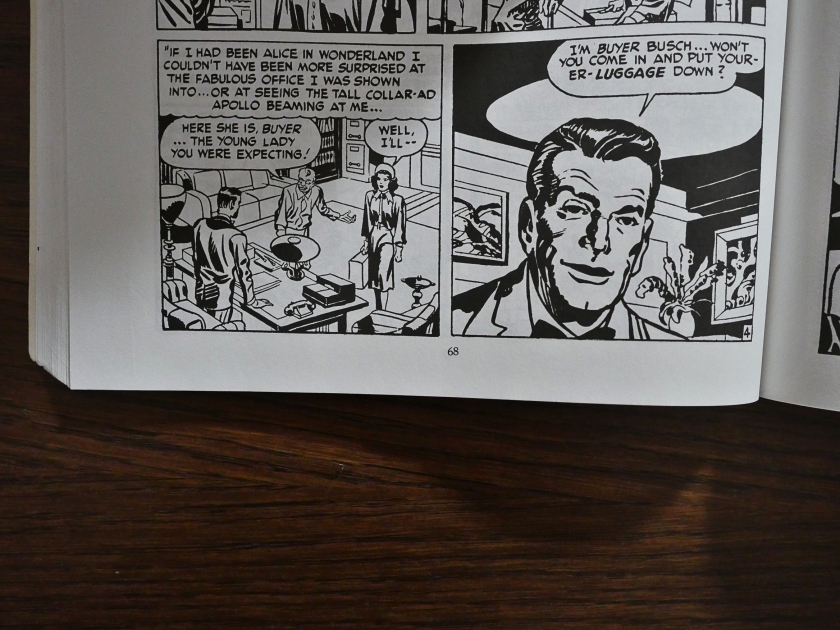 There’s two Simon & Kirby stories in here, but they aren’t as good as the material Eclipse had collected in the Real Love collection a couple of months earlier. They’re still entertaining, though. 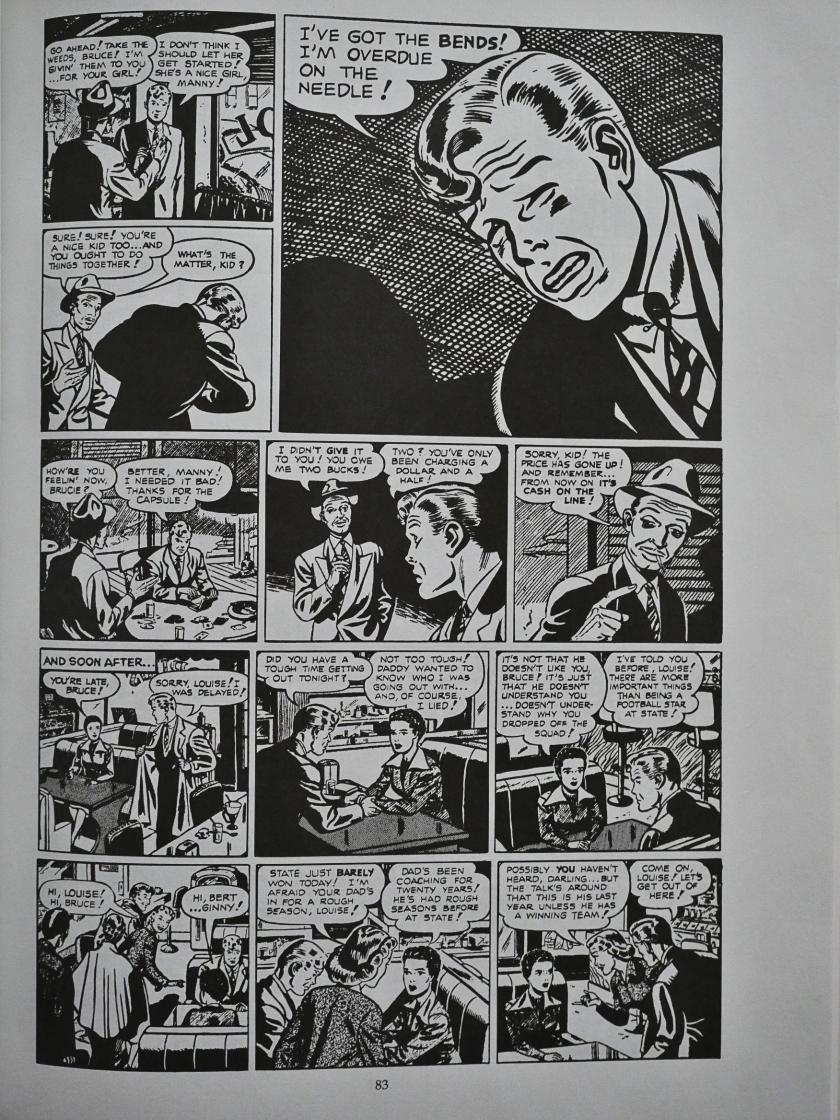 All these stories are fun, and the weakest one is the Rex Morgan, MD sequence reworked for comic book publication by Archie in the 50s. It goes on way too long and doesn’t really bring anything new to this collection that the other stories hadn’t already covered.

This is not the first dispute made over public-domain collections. Last year, Eclipse published Real Inve and Teen-Aged Dope Slaves and Reform School Girls, two volumes Of RD. comics originally published by Harvey and other firms. The collections drew complaints from comics pioneers Jack Kirby and Joe Simon, whose works were included in both books. In an open letter to trade publications, Simon complained about the way Eclipse had de-colored and otherwise changed the artwork. Furthermore, he charged that he held personal copyrights on some of the art and stories.

Eclipse’s Mullaney responded by claiming that he’d found no active copyrights for anything in the collections under Simon’s name, had paid Simon and Kirby courtesy payments of $100 each, and had used an artist personally recommended by Simon to retouch and clean-up the decolored art. Simon and Kirby later claimed to have never cashed those checks.

Oh, wow. I thought Eclipse had a policy of paying the creators of the public domain work they reprinted. But $100? That’s a joke.