This is the final of the three series Eclipse (aided by Studio Proteus) published created by of Masamune Shirow. The cover say “seminal first work”, but I think you can interpret “semi” in “seminal” as short for “semi-professio”.

That is, it’s an awkward mess of a book. We start with a two page spread that explains centuries (millennia?) of Venusian life, instead of Shirow’s later “just start with some action” way of starting things off. 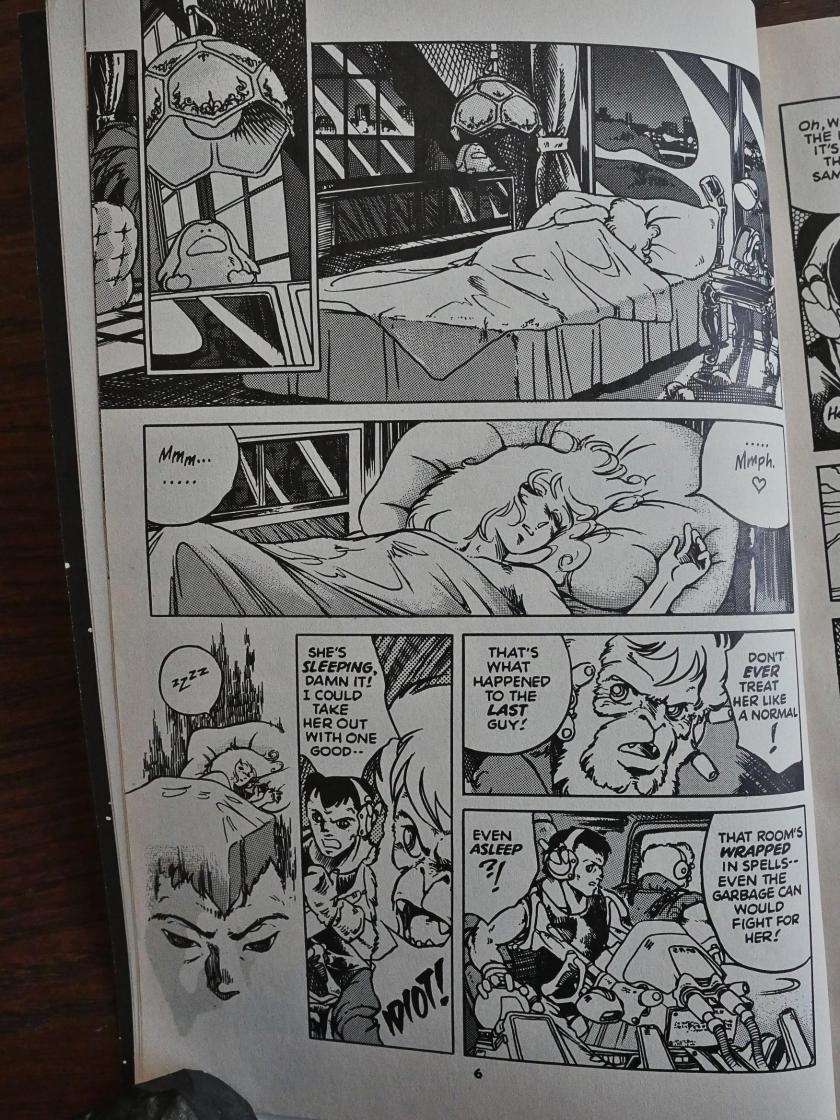 So, after that two-page spread that explains everything, we’re dropped into an action scene (yay!) and the soldiers are talking about… magic? and spells? Which, of course, weren’t mentioned at all on the explainer pages.

… and we seem to be in for some fun comedy thing in a restaurant (and Shirow gets to do his favourite thing; that feet-in-the-air surprise take). But it’s all abandoned pretty quickly and then… 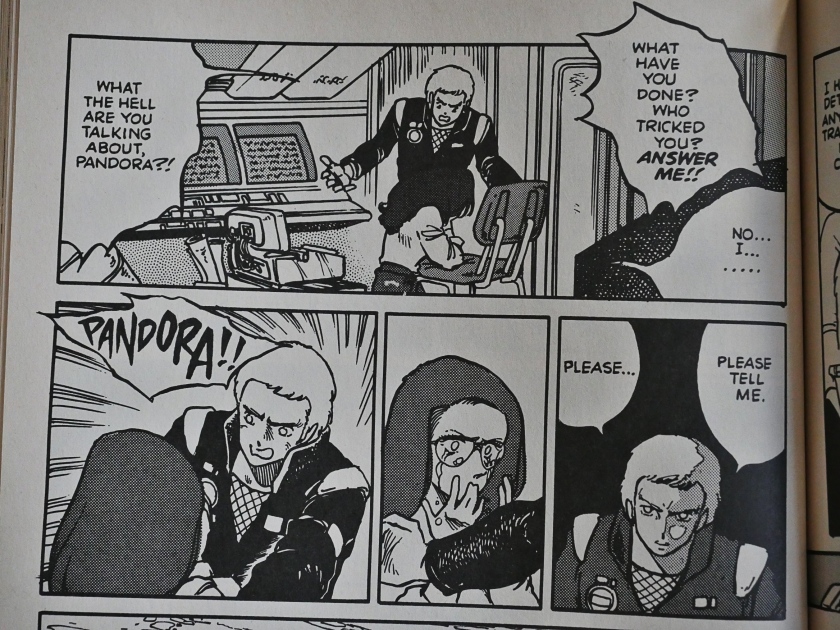 … we’re on a missile sub and it turns out that this is millions of years in the past and that these Venusians were responsible for terraforming Earth! Yes! Twist ending! And that’s just in the 42 pages it takes to finish the first issue!

So it’s a frustrating read, and the artwork isn’t as exciting as Shirow’s work would later be. 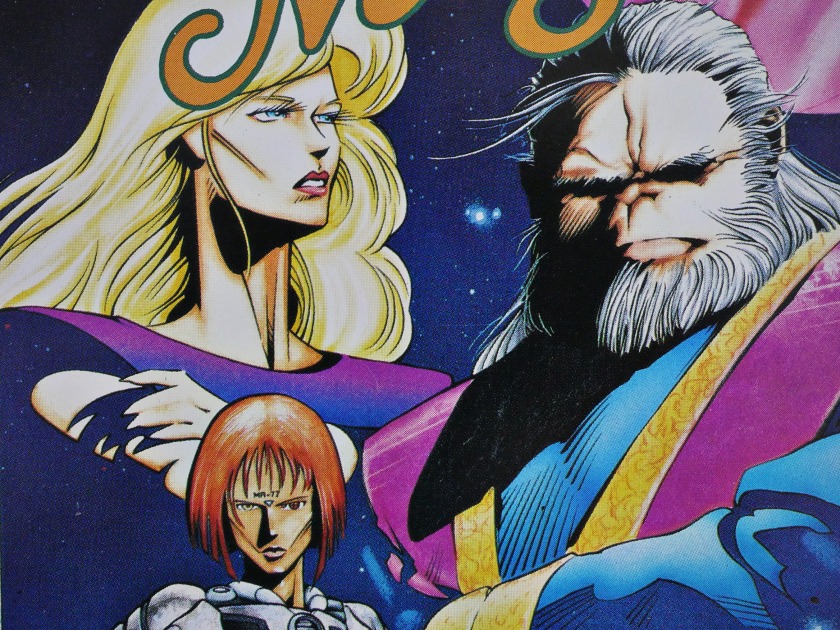 Brian Stelfreeze provides the covers to two of these issues, and… er… it’s kinda like he hasn’t seen a Japanese comic before? The fourth issue claims to have a Stelfreeze cover, too, but it looks so much like Shirow’s artwork that I’m guessing it’s just the normal Eclipse production sloppiness at work. 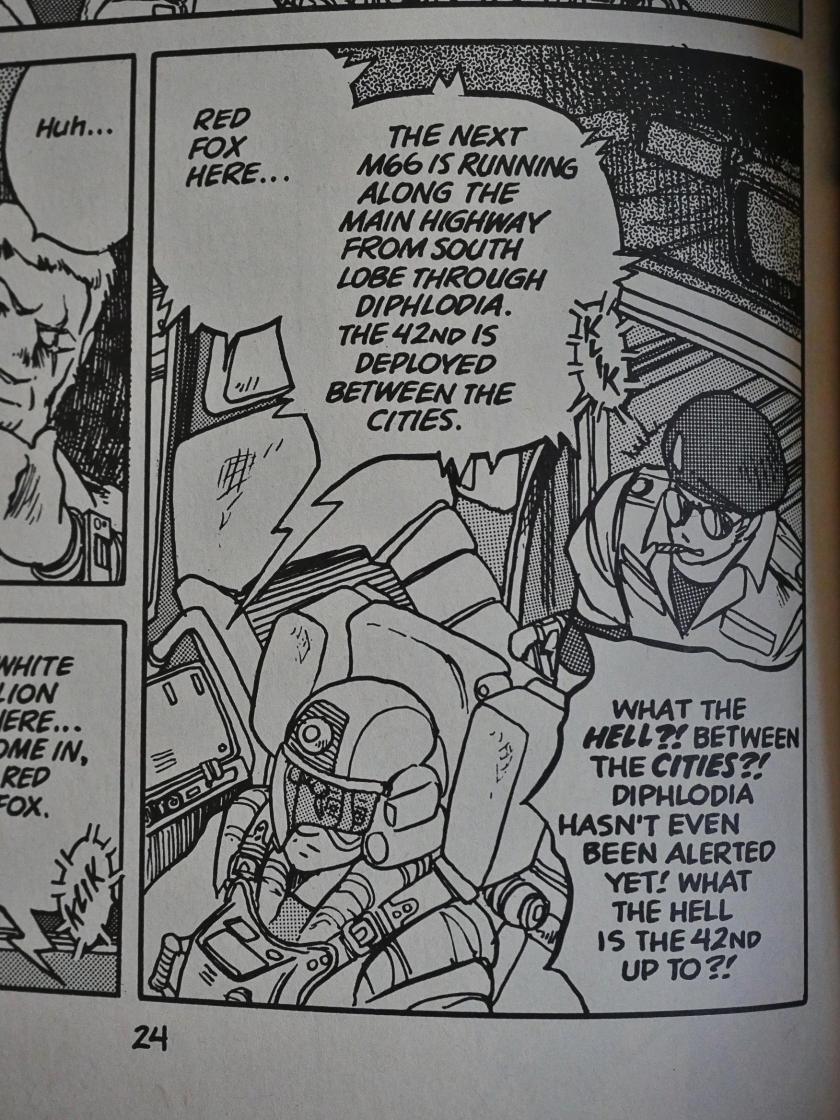 The next two issues have little to do with the first one. They’re all about some soldiers hunting down some killer robots. What the hell?

I don’t have a clue, either.

I wonder whether some of the problem isn’t in Shirow’s storytelling, but in sloppy translations. It took me a while to figure out that when they were talking alternatively about an “M-77”.. 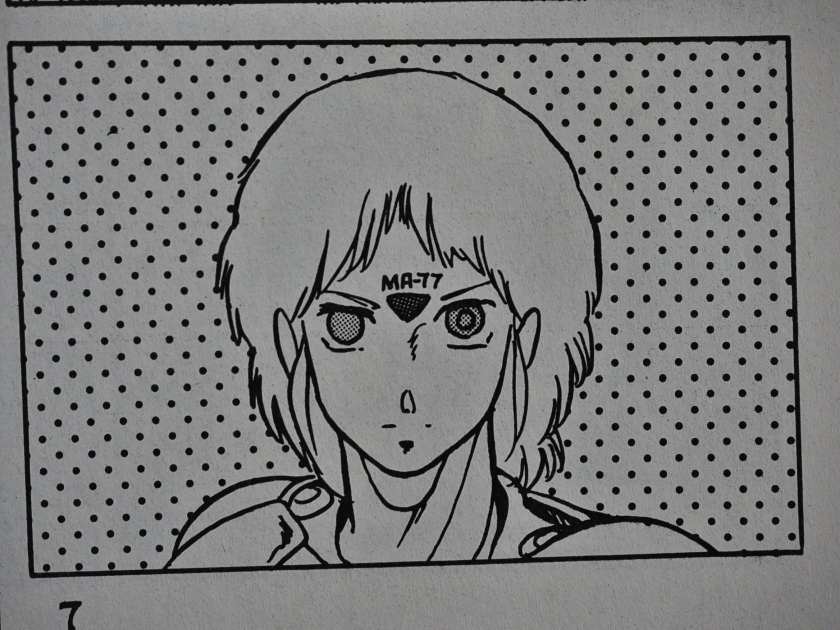 … and an “MA77”, they were describing the same thing: That robot up there.

The humans (I mean, Venusians) prevail!

But it turns out that the robot had boobytrapped the building (for some reason or other), so they all died anyway.

Well, those were two pretty pointless issues about fighting robots, so now what? The fourth issue has slight connection to the first, but it’s mostly about saving a spaceship from not colliding with Saturn.

And then they blow the world up. The end!

I guess what I’m saying is that this is typical early work from a developing artist.

Shirow, as, usual, provides several pages of information about his robots and stuff, which is nice.

Dark Horse has released a collected edition of this stuff.

So what did others think of it?

It’s a challenge just to make some basic sense out of Typhon’s basic motivations — one of the longer plot arcs involves Typhon unleashing a wave of killer robots on the populace of Venus, watching over them just to the point that they make it into civilian territory, and then vanishing without explaining what the hell that was supposed to accomplish. I was starting to think that Shirow was just screwing with the readers at that point, suddenly exposing the series’s “heroine” as the actual enemy; but nope, before long she’s keeping Zeus from killing off the rest of the people on Venus.

I know! But either that guy’s confused or I’m confused. He says that the middle two issues take place on Earth, and this story happened millions of years ago, so I don’t think so? It happened on Venus? I think? Not that I’m going back to check. And he also says that the colony is blown up? It was just a single building in the version I read.