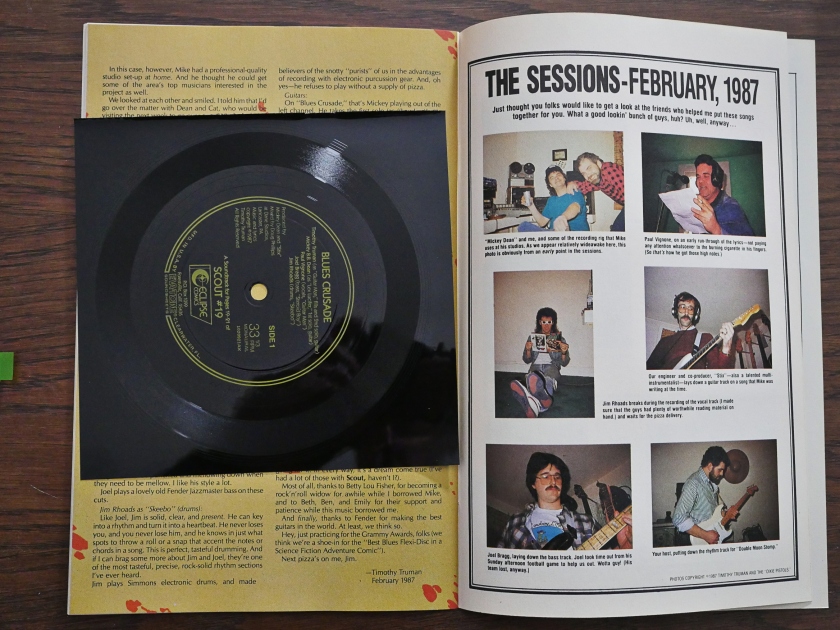 Eclipse released a single LP, so it might seem like overkill to do an index page for that. But they also published three comics that included a flexi disc, so I thought it made sense.

Three of these four musical releases involved Timothy Truman, including the LP, so he’s responsible for (where’s my slide rule) 86% of all the music Eclipse released.

One thought on “Music Index”