Apparently Don McGregor is a big fan of Buster Keaton and wanted to do a magazine about him:

And this was the result: It’s magazine sized and on shiny paper.

But for some reason or other, they got Michael Caine to pose for the picture on the inside cover. 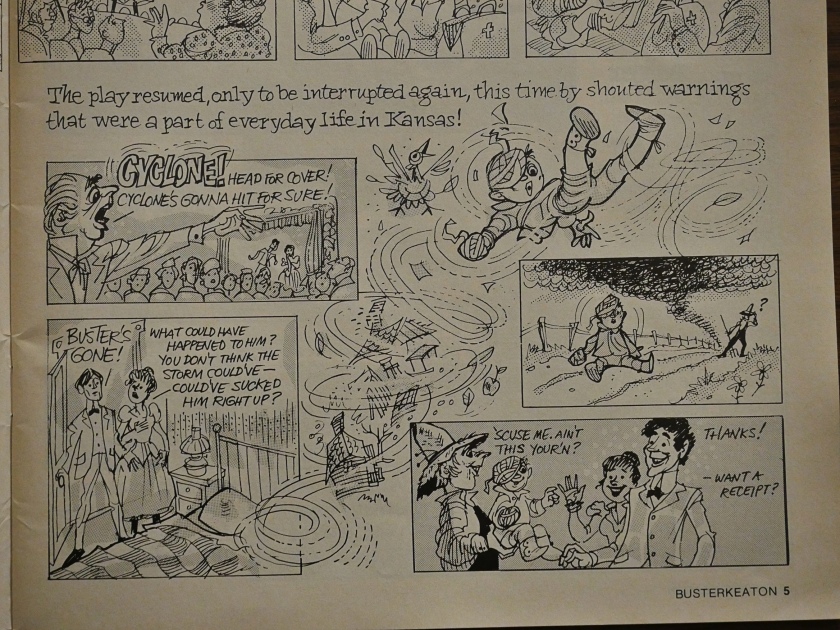 Anyway! The first third of this mag is a biographical sketch drawn by Bill Hogarth.

Quite a bit of it deals with Keaton’s stunts and innovative film trickery, which makes it all the more frustrating that McGregor doesn’t really explain the trick shoots beyond showing a drawing of that camera… as if that explains anything. Are there several lenses? Several films? One lens that slides? What?

Then there’s a couple of interviews…

And the rest of the magazine features still shoots from Keaton’s pictures.

I’m still not sure why this magazine exists. Did they think they were going to get rich off of the lucrative Buster Keaton rabid fan base market?